The room buzzed with nervous excitement as the 15 finalists mingled, snacked, sipped, and chatted with guests, jurors, and fellow artists about their displayed works. 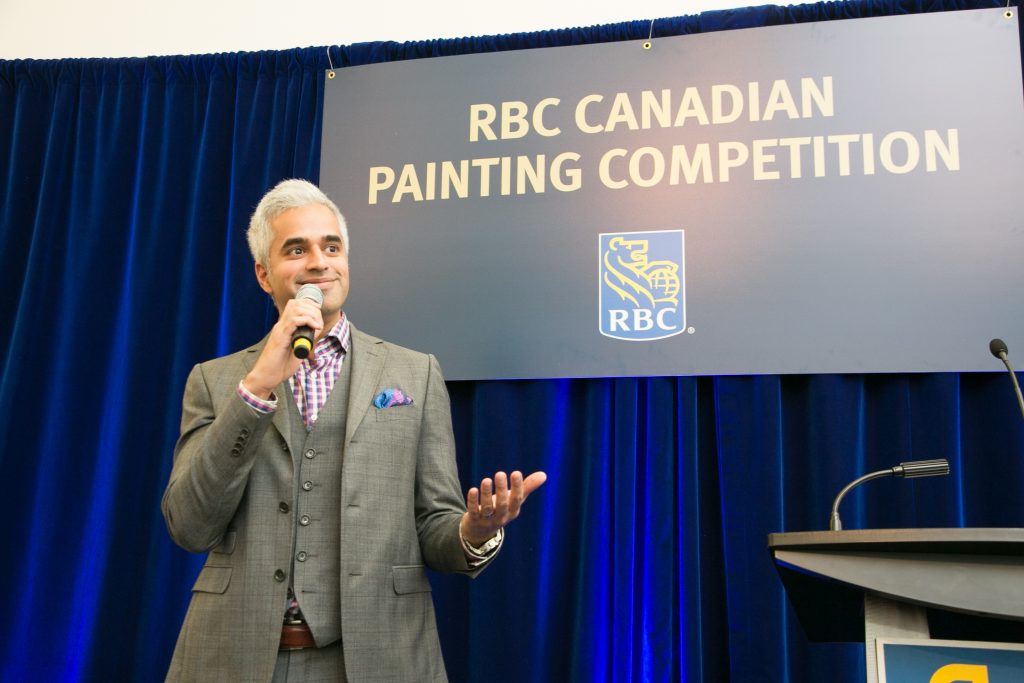 As no speech is complete without the sweet sound of a cellphone, Siri’s voice filled the room, and the crowd erupted in hysterical laughter, breaking the tension.

After a good chuckle with the lighthearted group, Meghji continued, “A lot of pieces that you’ve seen here invoke emotion, they can inspire action, but above all, they have the capacity to connect a community.”

In partnership with the Canadian Art Foundation, the RBC Canadian Painting Competition, a part of RBC’s Emerging Artists Project, aims to do just that – connect people across the country with contemporary visual art. Focusing on supporting artists in the early stages of their careers, the competition highlights Canada’s emerging talent, offering national exposure and mentorship.

This year, the national jury named Patrick Cruz the winner of the $25,000 grand prize, and awarded Hangama Amiri and Claire Scherzinger honourable mention $15,000 prizes. The three artists’ respective works – Time allergy, Island of Dreams, and My Contribution To The Many Paintings of Pots and Plants – will fill sought after spots in the RBC Corporate Art Collection.\ 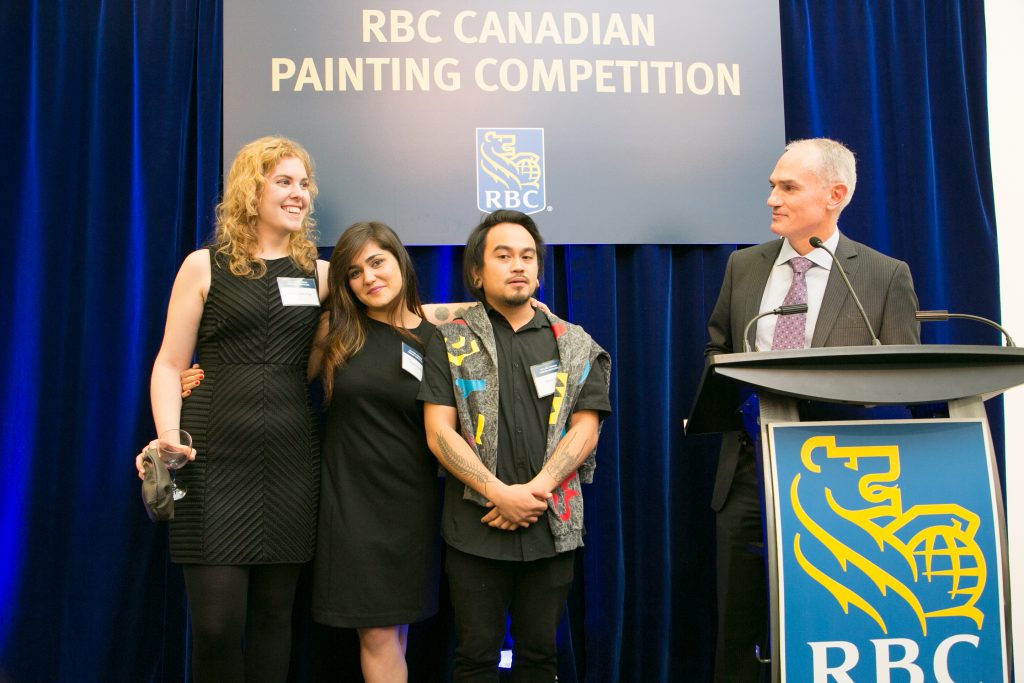 When asked what his first thought was after being declared the winner, Cruz replied simply that he was “humbled”.

“The exposure will definitely help connect me to audiences that I wouldn’t have been able to connect with,” he said, still taking in the win. “I’m sure I’ll meet people who can expand my horizons in terms of opportunity.”

Hangama Amiri was surprised by the announcement.

“I can say I am proud of myself!” Then she whispered, “It’s the first time I’m saying that. This is just the beginning.”

While Claire Scherzinger went the appreciative route: “I’m incredibly grateful that I could be a part of this contemporary conversation.”

So what’s next on the agenda for this year’s winners?

As he heads back to Guelph, Cruz’s thesis is at the forefront of his focus. After his MFA is complete, he’ll dedicate his efforts to the expansion of his body of work. Cruz also plans on using some of his winnings towards his experimental art show, Kamias Triennale, which takes place every three years in Manila. The next installment is planned for 2017. 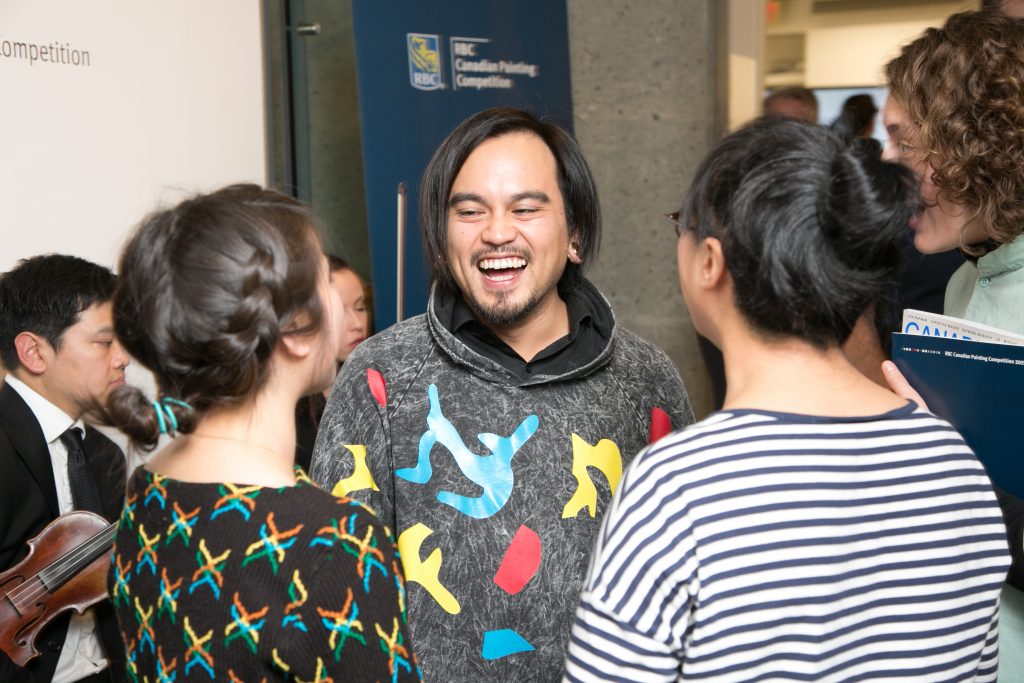 Halifax’s Amiri will return to New Haven where, with the help of this award, she’ll be able to continue her work in the studio. She will resume her independent research study at Yale addressing art, religion, and politics through the representation of women’s bodies.

Scherzinger, meanwhile, is off to Banff in January for an artist’s residency, then returning to Ontario for a show at the Art Gallery of Mississauga.

And so, passion and art continue, quite literally, across the country. We’ll be speaking more in-depth with these 3 talented artists in the coming weeks.