Owning a detached home is a pipe dream to most who live in B.C. thanks to the province’s skyrocketing real estate prices.

Much like we do in Toronto, our young homeowner friends to the west know the definition of being “house poor.”

If you can get in to the housing market, there is a good chance you’re going to want to hold on to your property. But that’s the opposite of what a young family from Surrey is doing.

Taking advantage of the hot housing market, the family of four has sold their 5-bedroom “dream house,” along with a majority of their possessions, to wander the world for a year. They have the cash to do so – their house was listed for nearly $1.3 million and sold for above the asking price.

Whether they’ll ever be able to own a similar 3700-square-foot detached home again upon return home is a risk they’re willing to take. 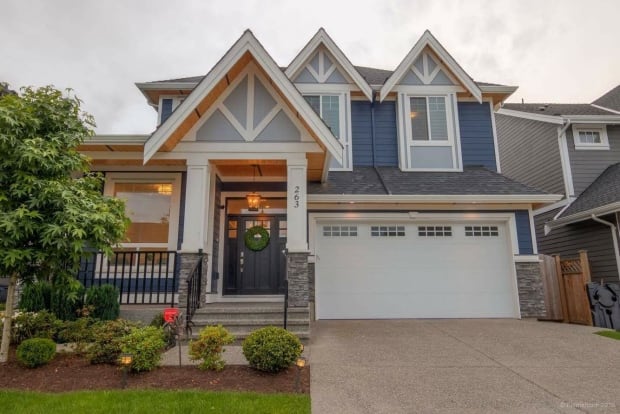 Natalie Chen (36), her husband Thang Ngo (39), and their two daughters decided to take advantage of their health and financial freedom and embark on a journey to discover Europe’s cities, the beaches of Hawaii and Fiji, and Japan’s culture, among other things. The couple will put both of their careers on hold (she is an entrepreneur and he is a industrial electrician in the oil and gas industry) and opt to home school their kids.

The family will hit Europe first, starting at Disney Paris in France. They will then head to Portugal, Spain, Italy, and Greece, and then spend Christmas at Disney World. Next year, they hope to hit Hawaii, Japan, Australia, New Zealand and Fiji. Chen said that she is hoping their journey will open the family’s eyes to the smaller living spaces of people around the world.

“Realizing that we can live comfortably in a town house or a condo … because that can give us more financial freedom to travel and do things that make us happy,” said Chen, according to CBC. She also said that if pricing houses stay the way they are, she and her family will consider leaving B.C. all together. “We’re all too afraid of leaving what everyone seems to be saying is the perfect place to live, but how do we know that for sure?” she asked.

The couple got into the housing market at a young age, when it was a little more attainable to do so. They purchased a starter condominium in Ladner, B.C. in 2004, which they sold for a small profit. With that sale, they purchased their first home in New Westminster, for which they turned another profit. This all lead to the purchase and sale of their latest home.

The home is custom-built with a private ensuite in every bedroom and backs out onto a park. Unlike other property listings in the neighbourhood, the couple apparently received offers and the home sold in less than a week.

Their story highlights not only the significance of getting into the market at the right time, but on the value we place on experiences over possessions. If all you have is the house and white picket fence, but are too poor to travel, dine out, and embark on memorable adventures, are you really living?