There are few worse First World Problems than returning home from an event feeling like the whole thing was a waste of time (especially on a weeknight), money, and an outfit.

Of the seemingly dozens and dozens of the Toronto events this fall (and you couldn’t attend them all if you tried), however, there were a handful that stood out thanks to some a notable element that left you talking about the next day and made them memorable for years to come.

Of those I attended, these were the most notable (in chronological order). It was a tough call, but when it comes to word count restrictions, you have to get selective…

What Made it Notable: Their exclusive Hollywood feel.
When it came to the Toronto International Film Festival (TIFF), you couldn’t get more intimate with some of Hollywood’s elite (unless you were sharing their hotel room) than at one of the Grey Goose pre or post-film cocktail parties. The most notable thing about these parties is that they’re literally an exclusive Hollywood party in a Toronto venue (seriously, only a couple of the guests are from Toronto). This year’s highlights included a handsomely bearded Jake Gyllenhaal at Patria for his Opening Night film, Demolition, and a laid back Drew Barrymore at Soho House for the Miss You Already party, in all of her flower child glory, rocking messy beach hair and a long printed dress. 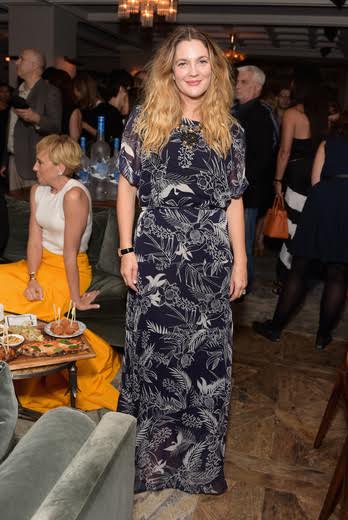 What Made it Notable: The (really great) house party vibe.
One of the best venues at TIFF was hands down the Mongrel Media House, which transformed the historic Campbell House museum with a house party-esque vibe, complete with interactive features like indoor and outdoor Ping-Pong tables, artisanal food stations (including a cotton candy stand), a karaoke room, an outdoor biergarten, comfy lounge areas, a makeup station, and live music. In an appreciated departure from the often stuffy TIFF events, the vibe inside the gates of the sprawling venue was that of a backyard party, despite the exclusive guest list and famous faces that graced the grounds. #mongrelhouse

What Made it Notable: A celebrity guest speaker and an inspiring guest of honour.
On one of the last summer evenings, we hit The Steam Whistle Brewery for A Rare Evening to benefit iBellieve Foundation in support of the rare genetic disorder MPS II, or Hunter Syndrome. In attendance was NBA star Steve Nash, who took the stage to share his admiration for his friend Simon Ibell, a guest of honour, who has the disorder. It’s always great to interact directly with the individuals that a particular organization benefits, and Simon made no shortage of friends and admirers (including myself) as he worked the room throughout the evening. Nash made a new fan or two himself (hi, handsome).#arareevening 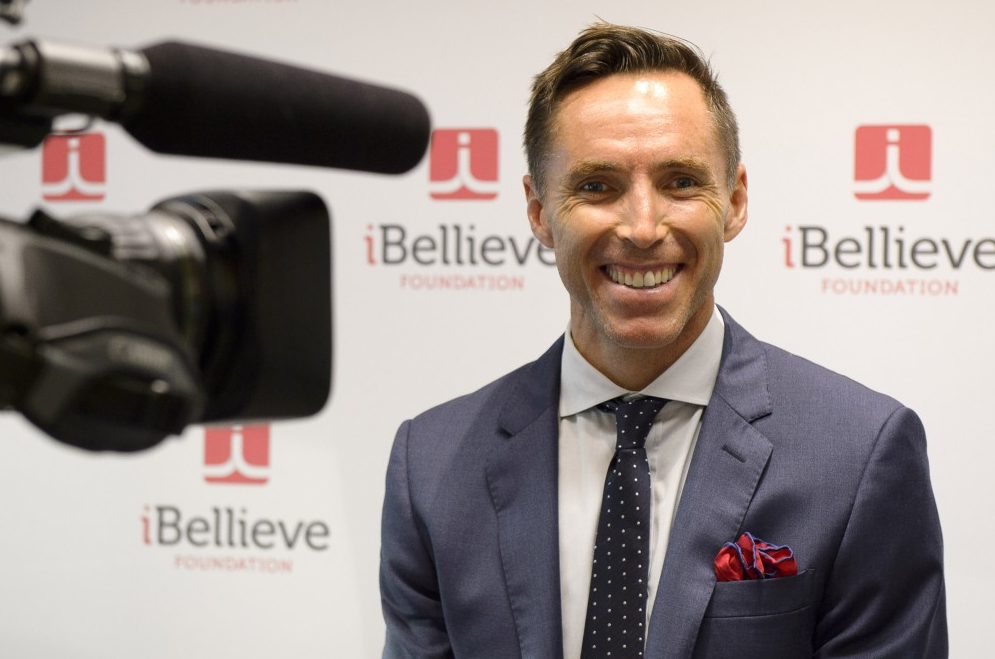 What Made it Notable: The special factor.
One of the most memorable evenings of the fall was on September 24, for the opening of the 15/16 season of the Toronto Symphony Orchestra. Once guests mingled over cocktails and wine at the iconic Roy Thompson Hall, we were treated to a performance by the TSO. The party then moved across the street to the Ritz-Carlton, for a gala that cut no corners in the either the detail or deliciousness department (just look at that table arrangement). Highlights included a special performance, the chance to mingle with some of the city’s most seasoned enthusiasts of the arts, and literally the best dessert platter I’ve ever tried in my entire life. It’s not every Thursday you get to take in a symphony performance (or at least, not for me) or indulge in a royalty-worthy meal at the Ritz. Not to mention, the TSO performance inspired a new appreciation for the symphony – seriously, you should go. 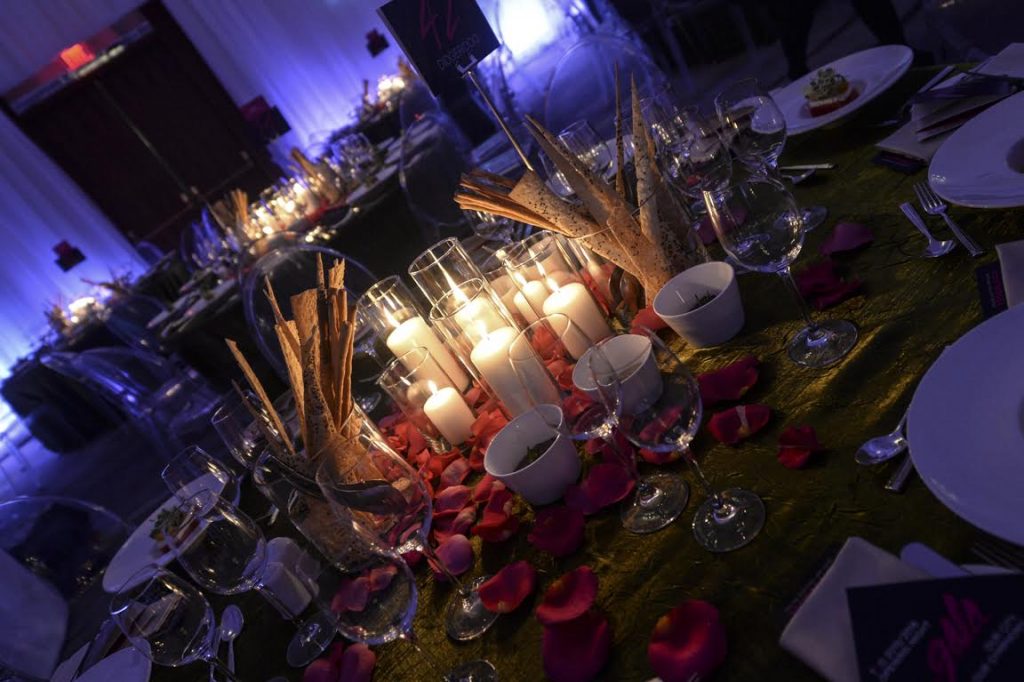 What Made it Notable: An unforgettable performance from an icon.
This year’s David Foster Foundation Gala – held at The Mattamy Centre (the former Maple Leaf Gardens) – was not only impeccably planned thanks to event planner, David Feys, it was also an evening that none of the guests will ever forget. That’s because when an event features a performance by the legendary Stevie Wonder (not to mention, Peter Cetera and Michael Bolton), you know it’ll go down as one for the books. Of course, the occasion also meant a multi-course meal and a chance for Canada’s most influential names in the music business (including Kiesza and Gordon Lightfoot) to catch up over cocktails. #dffgala 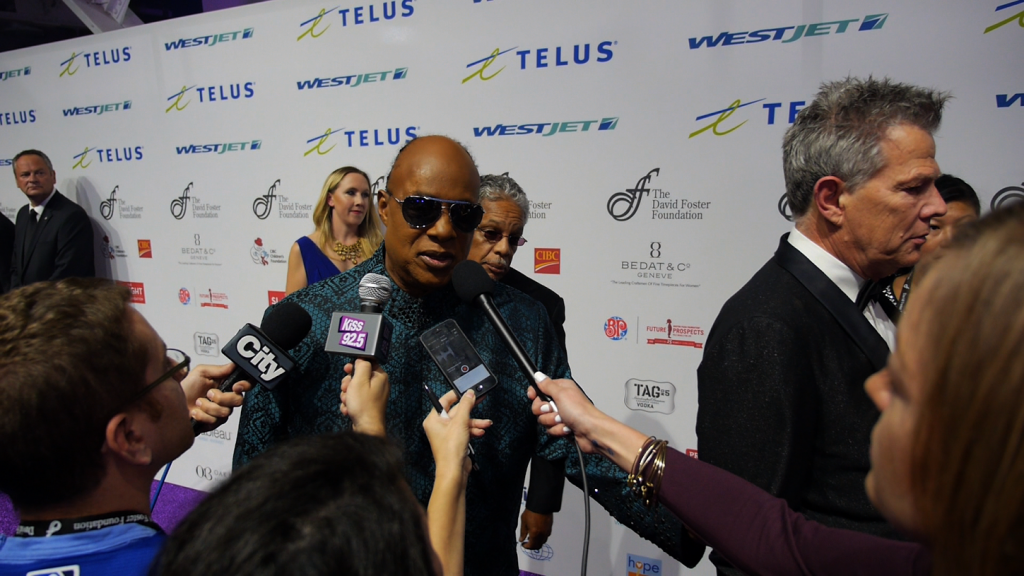 What Made it Notable: A fun and creative theme.
I have said it before; Boobyball will always have a special place in my heart as one of the first charity events I ever attended back in university. Thanks to a well-curated committee of some of the city’s most fabulous movers and shakers, Rethink Breast Cancer’s Boobyball is always a good time. This year’s theme of “Planet Booby” meant no shortage of Instagram material, from pictures with “astronauts” and eye-popping décor that included neon stars and planets, to costumes that were “out of this world.”#planetbooby

What Made it Notable: The art (obviously) and the cause.
I hit Art With Heart for the second year on October 6. Held at the Carlu, the event (not shockingly) features an overload of art that’s both (pretty much) within reach, and that you only wish you could afford. The evening begins with cocktails and – a notable perk – a variety of food stations to ensure that guests were well-fed (see: incredibly full) before the art was removed from the walls in preparation for the entertaining live action, where scantily clad presenters ensured that the art wasn’t the only thing on display. All proceeds from the evening benefit Casey House Toronto, an organization that assists those living with HIV/AIDS. And it’s definitely a cause that needs all the help it can get. #artwithheart What Made it Notable: A goose bump-inspiring performance.
An opening night party at Analogue Gallery is always a must-attend, thanks to both the crowd, and the well curated, rock ‘n’ roll-inspired exhibits. On October 15, a trip to Ossington for the opening night of “Pretty and Flawed” by celebrity photographer Myriam Santos was made even more sensory stimulating thanks to a super soulful performance by Andrea Day, who had just arrived in from New York after a performance on LIVE with Kelly and Michael. Check it out and just try not to get Goosebumps. #prettyandflawed

Just try not to get goosebumps. Fresh from a morning appearance on @kellyandmichael, Andra Day gives a stunning performance in Toronto tonight at @analoguegallery at the opening party for #prettyandflawed #analoguegallery #myriamsantos #art #photography #torontogallery #openingnight #andraday #toronto #the6ix @andradaymusic

What Made it Notable: The venue.
Of course, it’s exciting that UNO de 50 just launched in Canada. But as much as a draw as the chance to check out the great jewellery on its October 19 launch party, was the venue of choice. It’s definitely worth the trip north of Bloor when it involves a party at the stunning Integral House – an award-winning architectural masterpiece that was designed for entertaining. I had read and written about it before, but never checked out the house for myself until then, in all of its UNO de 50 jewellery-filled glory. With its sleek curved architecture and its concert space, it definitely didn’t disappoint (neither did the selfie mirror). #unode50 #intergralhouse

What Made it Notable: The event planning.
When you combine a massive, blank canvass of a venue like the Distillery District’s Fermenting Cellar and Toronto’s event planning dream team Candice and Alison, you know you’re in for an evening filled with stimulation, interaction, and a guaranteed sense of discovery. I stayed longer than expected at the red-washed Globe Media Goes Live party on November 19, thanks to things like an eclectic mix of food stations, portraits by digital artists, a giveaway for a trip to New York, and a live musical performance. On the way out, guests were free to take home a few roses from an installation. An added bonus was the poutine truck stationed right outside. #gmggoeslive

Of course, other notable events included The Millennial Mind and the Toronto Ford Fusion Startup Series finale party, but we already told you all about those.

Anyway, it’s safe to say that it was an “eventful” fall. Now that holiday season’s in full swing, let’s hope the parties are just as memorable.