Coffee is more than just a beloved pick-me-up at Freepour T.O. – it’s a powerful conversation starter.

The best thing to happen to the Toronto coffee scene since latte art, Freepour T.O. is a newly-formed collective of individuals who want to promote access to conversations and community within the coffee industry.

Freepour T.O. keeps growing, as an increasing number of the city’s seasoned women in coffee – from cafe owners to baristas – jump on board.

“It started out a little while ago as something small – I called it ‘Broads on Bar’. One of my coworkers used to say that when it was all females working,” says founder Lisa D’Alessandro. “Then, I would attend these coffee competitions here and run into all these other female baristas, and we’d question where the female presence was. It was a male-dominated workforce. So, we thought, it would be cool if we got our crew together and became the ‘Broads on Bar’.”

What began as a simple idea quickly evolved.

“We talked about it a bit and created an Instagram account, but it was all for fun. I figured it may involve a photo-log post where I would go by espresso bars, meet the girls behind the bar, promote them, celebrate them, get to know them and create a platform,” said D’Alessandro.

As word started spreading and people wanted to see the idea expand and evolve even further. Not wanting it to be a ‘girls only’ club, the idea grew into an all-inclusive community interested in talking about gender equity in the coffee industry. It can also beyond that to cover all aspects of the service industry – from bartenders to chefs.

The first event takes place tonight (Thursday, June 2nd) at 7pm at Dark Horse on Spadina. The focus of the evening is on gender and the coffee industry. It will feature a panel of four women with a range of diverse skill sets who work in the field.

The panel is made up of the following ladies who are making a major mark on Toronto’s caffeine scene: 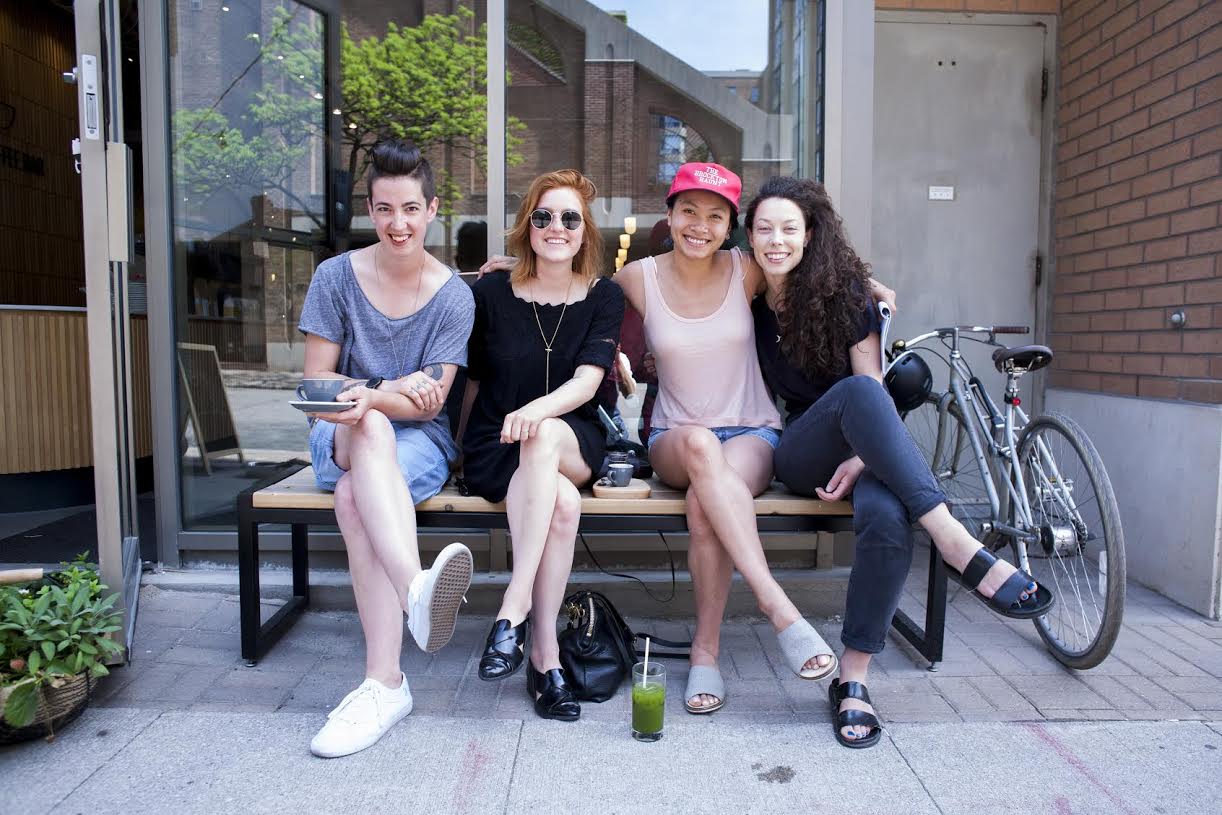 Momiji Kishi – Hot Black Coffee – Owner + Operator
Kishi started drinking coffee at age nine. She encountered “real” coffee in Sydney in 2006, and then began to work in the coffee industry in 2007 to explore it further. Responsible for training and motivating countless barista champs, Momiji was one of the first managers at Dark Horse Espresso Bar, worked with Detour Coffee Roasters, Nadege Patisserie, and recently launched her very own cafe in Toronto, Hot Black Coffee.

Alex Williams – Crema Coffee Co. – General Manager + Trainer
Originally from Trinidad and Tobago, Alex has called Toronto home for the past 11 years. Her coffee career began eight years ago as a barista at Crema Coffee Co. in the Junctionl, and Alex is now the General Manager and Barista Trainer for Crema’s three busy cafes. She’s also currently responsible for the training department at Propeller Coffee Co. This is her last year at Crema as she is in the midst of opening her own cafe, Benchmark Coffee Bar, in early 2017.

Lisa East – BA- Barista
Lisa East is a social activist and recent Dean’s List graduate of the Gender and Equity Studies Program at the University of Toronto. As a barista, her focus is on the examination of gender and equity within the contemporary coffee industry in Toronto. She plans to focus on “gendered space” for the panel with regards to access, discussing the industry moving forward.

The evening’s MC is Kasia Jakarsezion, who is the General Manager at iQ Food Co. Brookfield and has a background in holistic nutrition.

If you can’t make it tonight, keep tabs on the group here.