Being a pro athlete, famous model, or Hollywood actor requires a ton of discipline in everything from work ethic to public conduct.

Of course, the gigs also require you to be in top physical shape – and that can take the most discipline. When it comes to looking your best, working out is just one part of the equation. The other, of course, is what you put into your body.

Here are 7 celebrities who are getting it right…

Tom Brady and Gisele Bundchen
According to Boston.com, 80 per cent of what the genetically blessed power couple eats is vegetables – and only if they’re organic. They also mow down on whole grains: brown rice, quinoa, millet, and beans. The other 20 percent of their diet is comprised of lean meats: grass-fed organic steak, duck and chicken. As for fish, it’s usually wild salmon.

What don’t they eat? “No white sugar. No white flour. No MSG. I’ll use raw olive oil, but I never cook with olive oil. I only cook with coconut oil. Fats like canola oil turn into trans fats. I use Himalayan pink salt as the sodium. I never use iodized salt,” said the couple’s chef, Allen Campbell. And yes, it does help that they have a gourmet chef to facilitate. 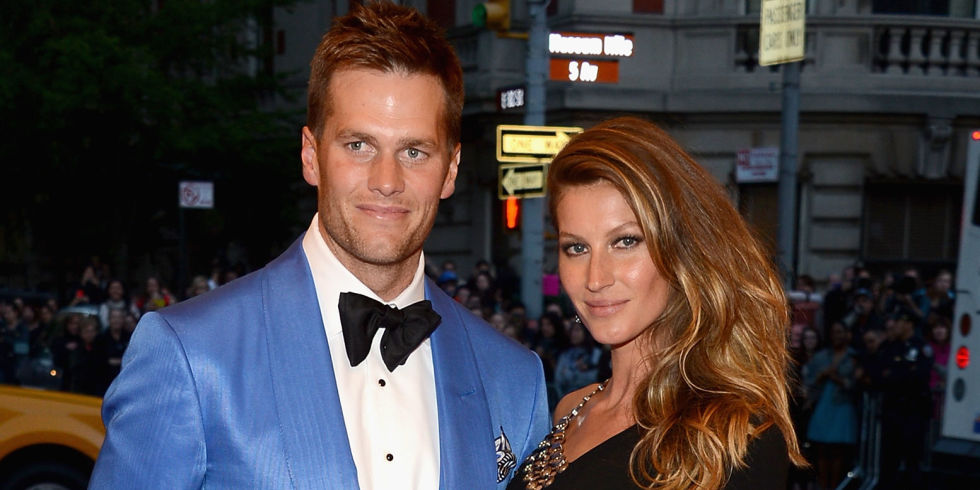 “Recently, I decided to try a diet plan by a doctor called Dr. Nigma Talib, and she is actually a naturopath, and she believes that good skin and well being starts with the gut,” she told the publication. “And so she said to me, ‘If you want to get on my plan, you have to cut out sugar, dairy, gluten, and alcohol.’ And I’m not gonna lie, it’s been brutal. It’s been a really big challenge. It took a couple of weeks to kind of get into it.”

She also added that maintaining the diet year-round isn’t realistic. It’s all about balance, after all.

Dwayne ‘The Rock’ Johnson
To up his game for Hercules, ‘The Rock’ relied on vigorous training sessions coupled with an incredibly strict diet. For the role, Johnson adopted a 22-week “12 Labors Diet” created by his nutrition team, according to Bodybuilding.com.

The diet is filled with large amounts of protein, carbs and fats. “Generally, I eat six or seven times a day,” he says. “It’s about getting enough protein to aid lean muscle growth, and everything is very precisely measured depending on what targets I’m looking to hit for that day. Lots of protein, good carbs, and veggies. Nutrition is so important, it can’t be stressed enough,” he told Bodybuilding.com.

His diet includes a measured and weighed mix of egg whites, filet mignon, chicken, fish, oatmeal, broccoli, asparagus, a baked potato, cream of rice, salad and complex carbs. But that’s not it. “Then part of my daily regime was my glucosamine and then also a multitude of multivitamins. Then I had glutamine, branched-chain amino acids, chondroitin, and one protein shake a day, which I drank after training,” he says.

Marisa Miller
Victoria’s Secret babe Marisa Miller’s diet secret involves keeping her famous body uncovered. I remember reading an interview with her in Women’s Health a few years back, and her diet ‘trick’ resonates to this day.

“Eating smart is all about having an awareness of your body,” she told the publication. “The most obvious way to do that is by seeing it. So, when you’re trying to lose weight, spend more time wearing less. I don’t think I could eat a plate of nachos naked – could you?”

Um, if we looked like you, Marisa, yes, yes, we could. The model also preps healthy meals ahead, practices portion control and stays away from junk food.

The diet is based on the eating habits of the Italian, Greek and Spanish cultures. It emphasizes healthy fats like avocados and olive oil, lean proteins, beans, nuts, and seeds. If you need a little inspiration, Burke’s latest endeavours include an online cooking series called Breaking Bread. David Beckham
To keep his energy up as both an athlete and father to four, soccer star David Beckham relies on a strict diet. It includes a lot of complex carbs, very little fat, and a high intake of lean protein like fish and chicken. His go-tos are orange cabbage, soybeans, cauliflower, and spinach. Beckham refrains from carbs with a high glycemic index, like white bread and white rice. The fat he does allow in his diet includes healthier options like olive oil and yoghurt. It’s safe to say that his chiseled (and brilliantly tattooed) body didn’t just come from soccer.