It’s finally that time of year when the air gets warmer, the nights get longer and life gets a little better – and what’s more synonymous with summertime than music? Every year there’s just that one song you can’t stop singing and dancing to.

Music has the nostalgic power to transport you to a moment in time. While everyone’s taste may vary, no one can deny that Brian Adams’ classic anthem will always take them back to the Summer of ‘69.

With the warmer months here, Booking.com, the global leader in connecting travellers with the widest choice of incredible places to stay, used its new Passion Search to find some of the best cities to visit for live music.

Montreal, Quebec, Canada
As the birthplace of international sensation Celine Dion, Montreal is no doubt a must-visit for music enthusiasts. The vibrant cultured communities enjoy both French and English artists and pride themselves on being trendsetters across the music scene. Most recently, the city has produced countless international sensations like Arcade Fire and has given EDM acts like Adventure Club, A-Trak, Lunice, Grimes, and Chrome their start.

Where to Stay? LHotel, Montreal, located less than one kilometre from Théâtre Maisonneuve the home of Montreal International Jazz Festival. 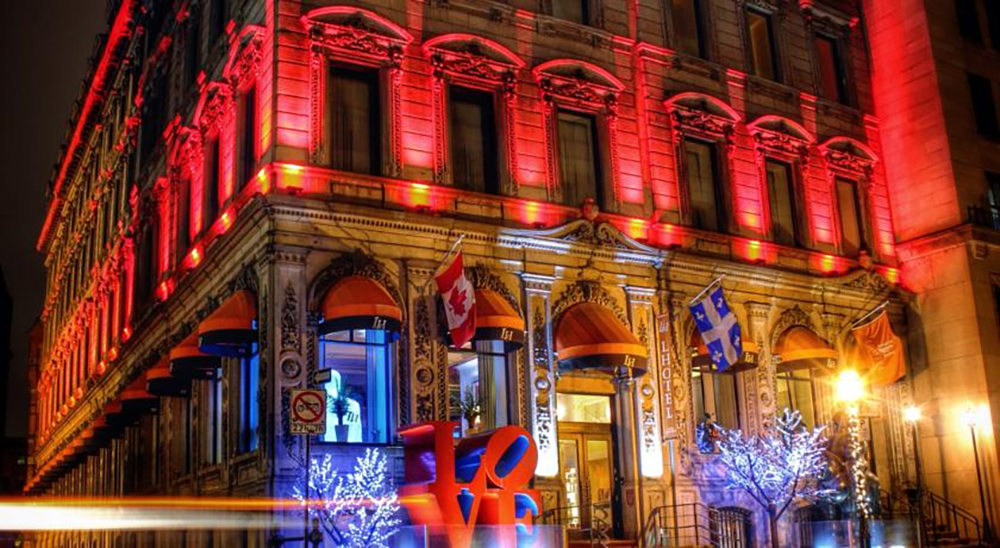 Berlin, Germany
Berlin has long been a city of the arts and according to Booking.com customers, it packs a powerful live music punch. The electronic music offering is second-to-none but there are all manners of live shows dotted across the city at any given time. The German capital is a place where anything goes, so expect experimental, exciting sounds and a fun, engaging atmosphere. 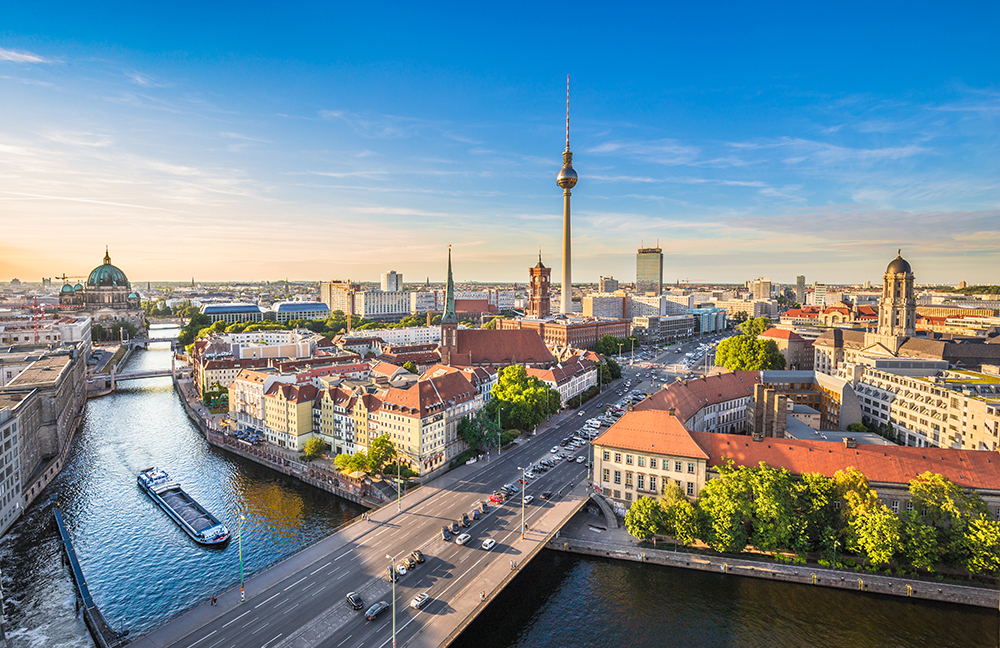 New Orleans, Louisiana, USA
Recently getting fresh airtime as the location of Beyoncé’s Formation video, New Orleans is synonymous with music. It’s considered the birthplace of jazz, but visitors will also be treated to live soul, blues, funk and rock all over the city. Expect plenty of jamming, festivals and fabled music clubs oozing characteristic New Orleans charm.

Where to stay? The Ritz-Carlton, New Orleans is located on the edge of the French Quarter and you can enjoy live jazz in the hotel’s lounge. 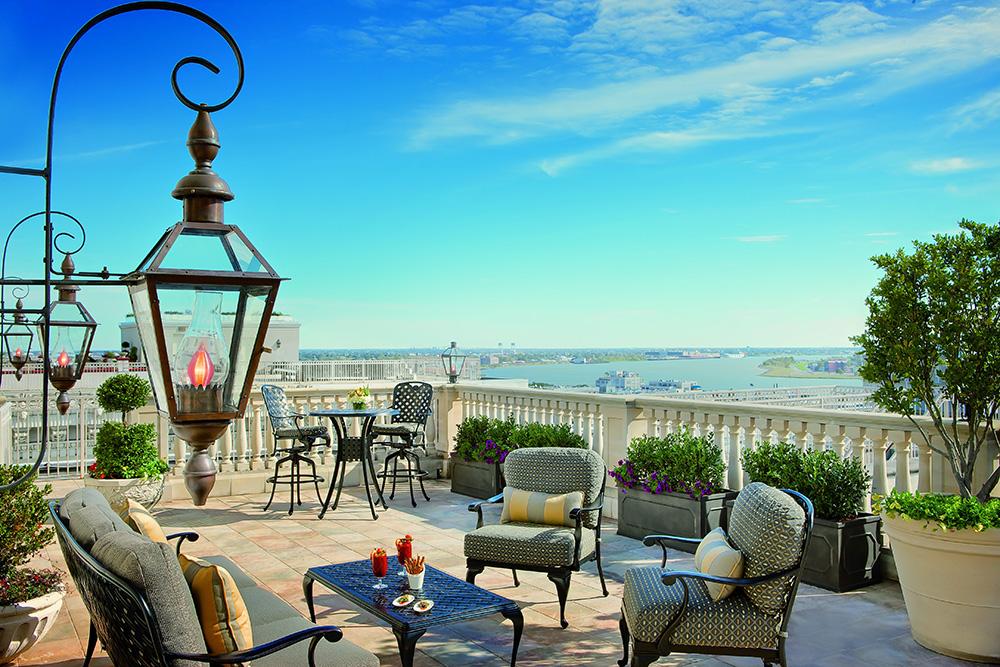 New York, NY, USA
The city that never sleeps will always attract a diverse and high-calibre musical crowd, so it’s a failsafe option for fans wanting to experience some of the world’s best live music. You’ve got impressive venues like Carnegie Hall for classical or the iconic Madison Square Garden, where Elvis Presley, John Lennon, Aretha Franklin and Madonna have graced the stage. Then there’s the avant-garde scene, offering tiny concerts from up-and-coming talent. Just strolling NYC’s lively streets, you’ll find even the buskers here are frequently well worth a listen.

Where to stay? The Casablanca Hotel is a boutique Manhattan hotel where you can indulge in listening to live piano music on Friday nights! 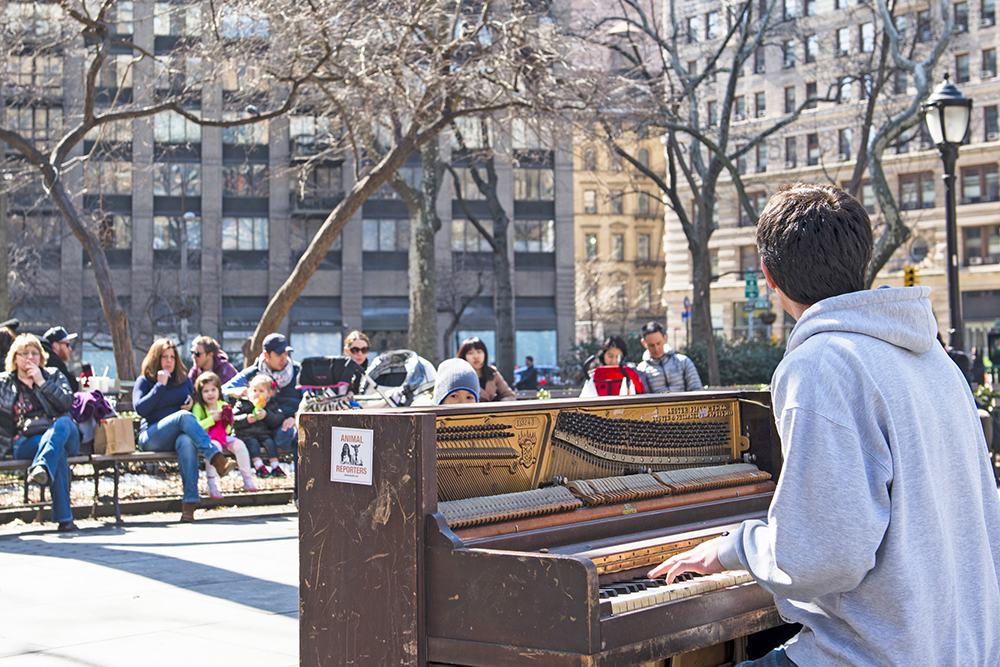 Dublin, Ireland
A love of music in Ireland is a fundamental part of socializing; the jolly atmosphere of a live performance in an Irish pub is unlike anything else. Tap your foot and sing along with locals to a sentimental Irish folk song, ideally while enjoying a pint of the nation’s beloved Guinness. There are hundreds and hundreds of pubs in Dublin and many of these have live music every night of the week, earning it a high recommendation score from Booking.com customers.

Where to stay? Check out the 11th Century Clontarf Castle Hotel for a historic stay close to all the toe-tapping action! 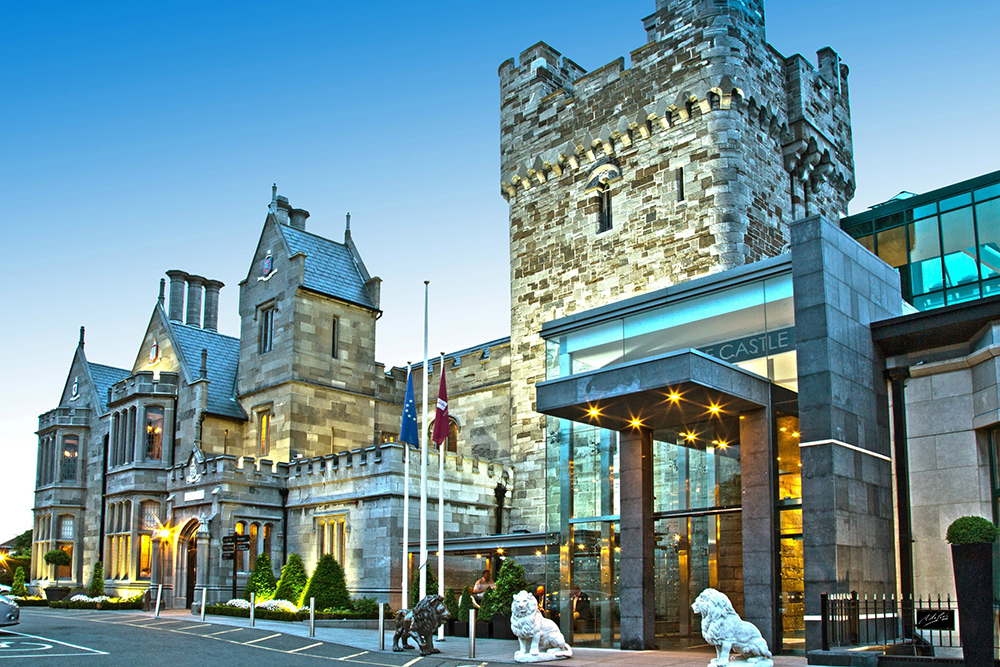 Austin, Texas, USA
When it comes to explaining why Austin is such an important live music destination, it’s hard to know where to start. But it’s definitely got everything to do with its musical street performers, its scores of concerts of every genre and its world-renowned music festival South by Southwest. The hazy Texan heat lends the city a unique vibe, perfect for barbecues combined with a night of live music. There’s an incredibly diverse range of sound, from rock and alternative to blues, folk and country.

Where to stay? Check out The Driskill, a legendary hotel in the city centre of Austin, also renowned as a historical landmark! 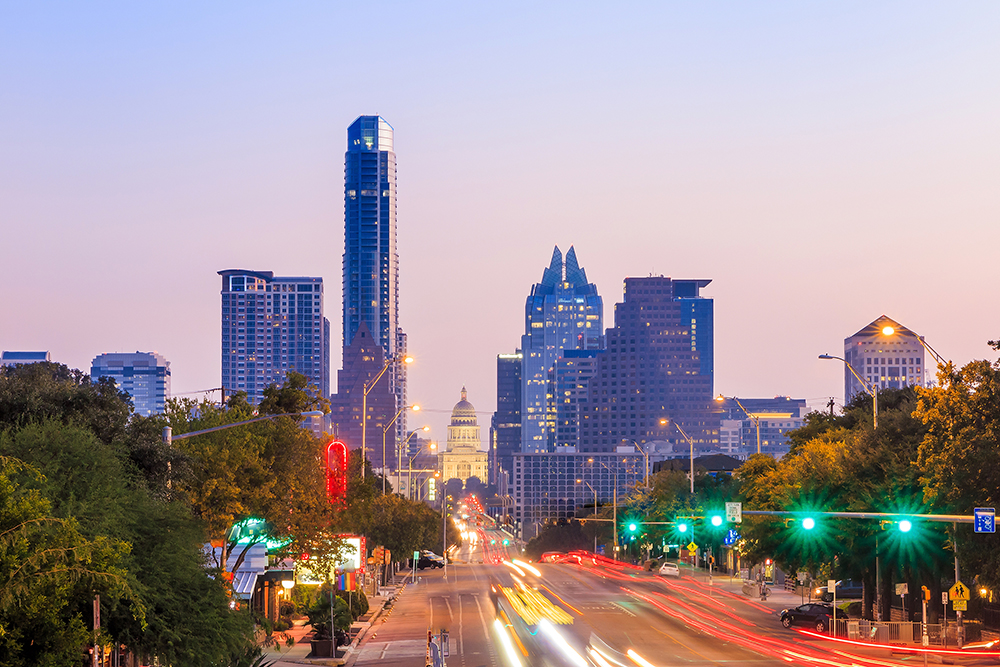 View of the Skyline Austin

Buenos Aires, Argentina
Buenos Aires has music coursing through its vein and is known as the origin of the Tango. The city still displays a penchant for live music, particularly in the bars of Palermo, out of which the strumming of a guitar is almost constantly flowing. During the summer the city hosts a range of outdoor music festivals and events too.

Where to stay? The Lina’s Tango Guesthouse is in the historic and bohemian San Telmo district and offers Tango lessons! 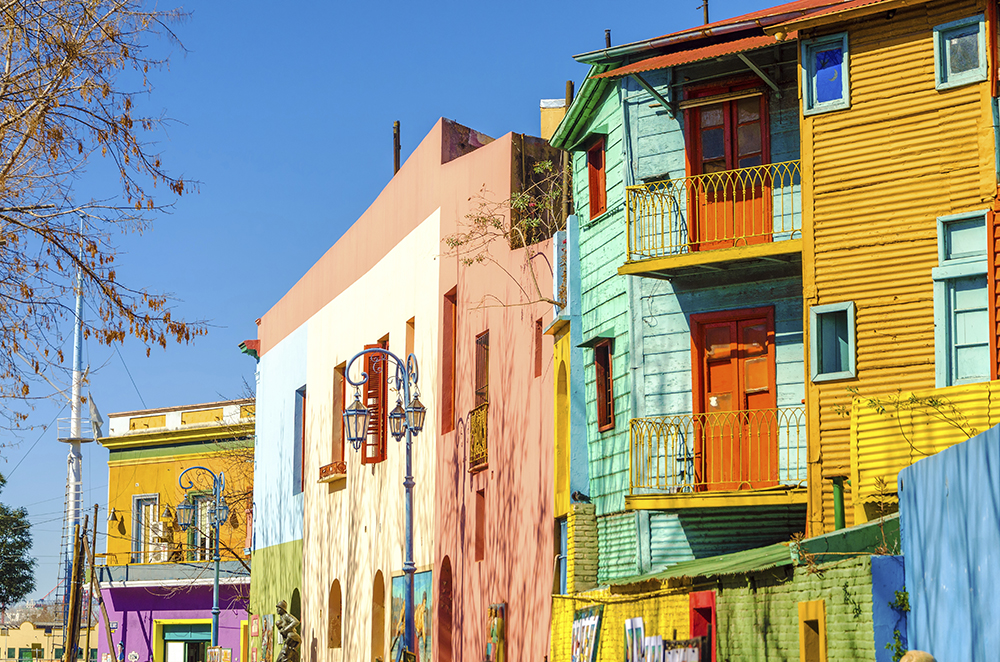 Lisbon, Portgual
Enchanting Lisbon not only has a lovely climate and cityscape but it’s also great for live music. As a centre of fado, you can often hear this traditional Portuguese folk music wafting out of bars and down the winding cobblestone streets as you enjoy an al fresco evening drink. There’s also a buzzing cultural scene, including a variety of music that Booking.com customers rated highly. Try the Coliseu dos Recreios, aka Lisbon’s Coliseum, for the big shows.

Where to stay? Set in an 18th century building, the Casa do Barao bed and breakfast is perfect for a stay in the sophisticated district of Chiado. 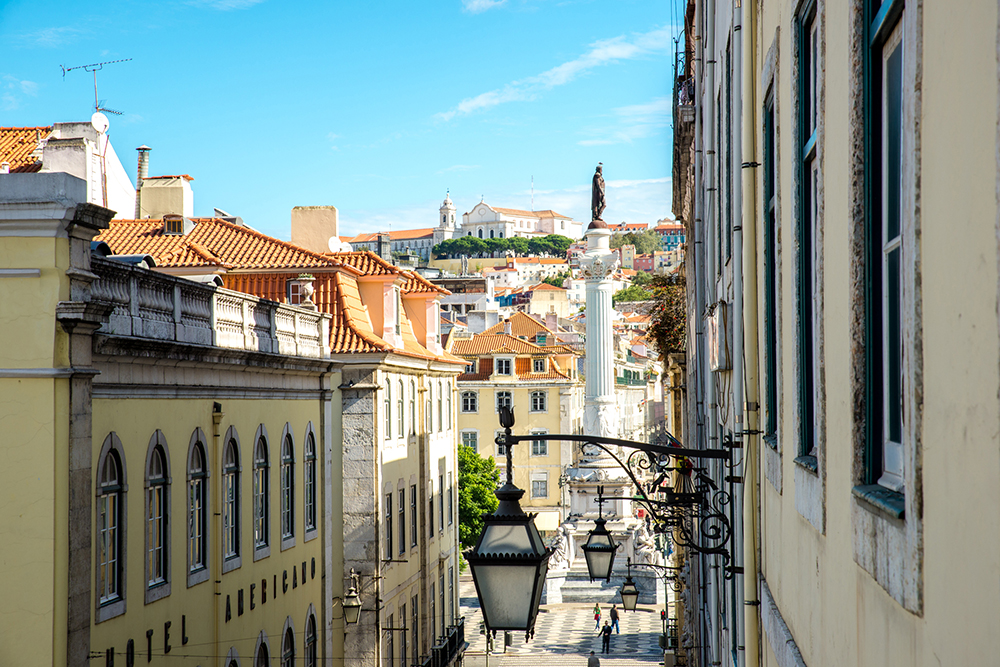 Glasgow, Scotland
Glasgow’s musical streets have been the breeding ground for many musical heavyweights such as Franz Ferdinand, The Fratellis, Simple Minds, Texas and Travis, and continue to offer a staggering volume and variety of home-grown talent. Quirky little music bars tucked beneath railway lines and in intimate basements are highlights of this cultural city, but you can also head to large-capacity venues like the Barrowland Ballroom for big shows.

Where to stay? Book a room at the stylish citizenM Glasgow  just 400 meters away from Glasgow’s Royal Concert Hall. 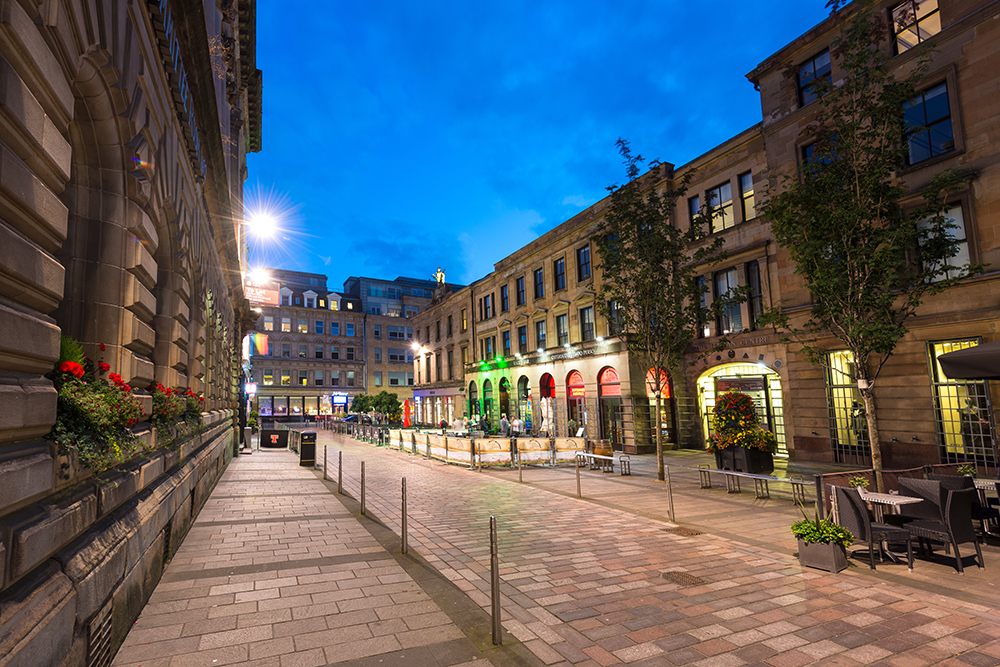