Music’s elite gathered at the Staples Center in Los Angeles last night for the annual distribution of Gramophone Awards on behalf of the National Academy of Recording Arts and Sciences.

Or, as the kids call it, the Grammys.

Fret not if you missed out on the live broadcast. The evening was void of any major surprises and failed to fulfill even its most rudimentary function – to entertain.

Adele’s performance was marred by glitches, while LL Cool J hosted with the charisma of a mailbox; Rihanna cancelled her performance after a last-minute onset of bronchitis and, really, how much can you expect from a three-hour awards show without Kanye?

On a night where drama and flair were disappointingly mute, it was but a few grand moments that saved the 58th Grammys from complete forgettability…

Kendrick Lamar’s strong political statement on the incarceration of African-Americans.
Always a man with a message, Kendrick Lamar used the Grammy stage to make a provocative political and racial statement about the incarceration of African-Americans in America. He came out in a blue prison suit and chains to perform “The Blacker The Berry,” and “Alright,” which has unintentionally become an anthem for the Black Lives Matter movement. 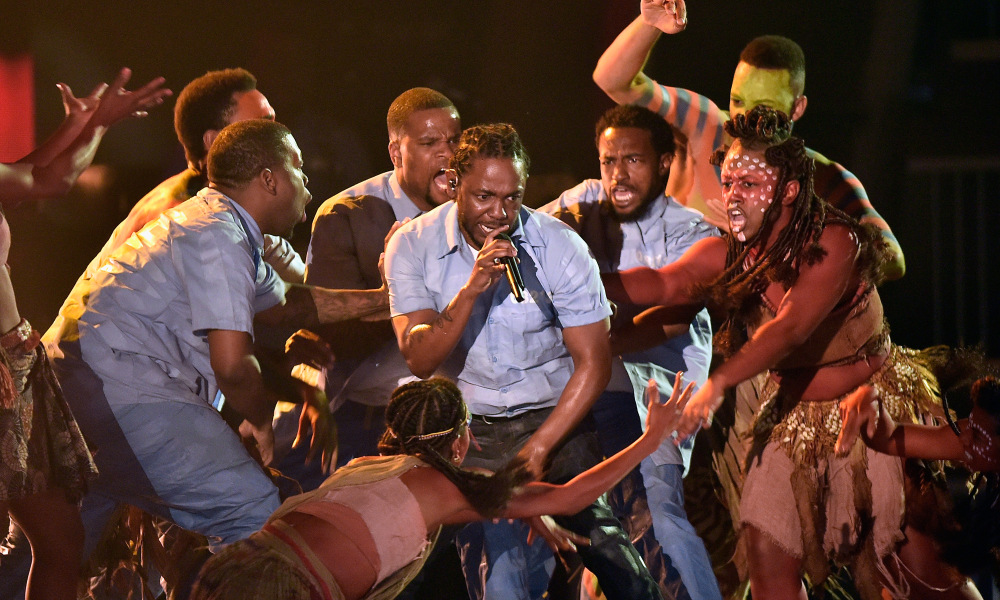 Taylor Swift trashed Kanye. (And by trashed we mean ‘kind of dissed’.)
Ah, the feud that never ends. Just days after Kanye West released his Life of Pablo album in which he raps “I made that b*tch famous” in reference to Taylor Swift, Squad Leader Swift responded with some polite shade.

“There will be people along the way who will try to undercut your success or take credit for your accomplishments or your fame,” she said in accepting her award for Album of the Year. “But if you just focus on the work and you don’t let those people sidetrack you, some day when you get where you’re going.”

Kanye, meanwhile, is having a bit of a post-Pablo crisis at the moment.

Canadians took home five Grammys.
The Weekend, who was nominated for seven awards, took home two Grammys, while Justin Bieber won Best Dance Recording for his work on “Where Are U Now,” a collaboration with Skrillex and Diplo.

Drake, meanwhile, lost in all five categories he was nominated in. 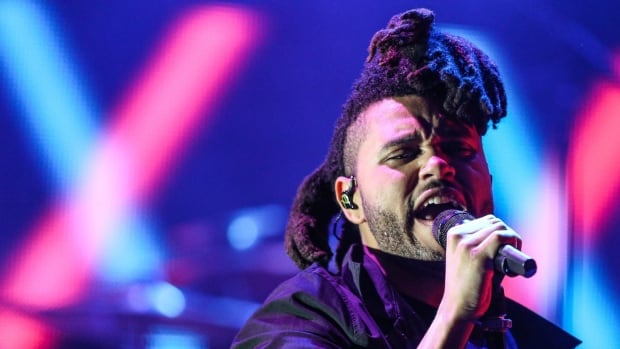 The biggest winners of the evening were…