As always, it was an event-filled month of May in Toronto – one that definitely assured us that ‘hibernation season’ was officially over.

As the sunshine returned and the coat check lines began to dwindle, some of the city’s finest could be found in full-force frolicking through a handful of Toronto’s best venues at some pretty epic events.

By some of our finest, I not only mean all the regular fresh-from-a-facial bold-faced names on ‘the scene,’ but also celebrated Canadians like DeadMau5, Patrick Adams, Wayne Gretzky, Martin Short, and Jason Priestley.

Here’s what I loved about my favourite parties in May in Toronto.

The Photo Opps at Twitter Canada’s #NestWarming
On May 6th, Twitter Canada welcomed guests to their new office on King West for their well-Tweeted #NestWarming. The best part about this party were the photo opps, with some of Twitter’s most trending celebs and hashtags reflected in everything from cardboard cutouts of Katy Perry and Justin Bieber (among others) to a display of “the dress” (complete with the inevitable blue/black or white/gold banter), and a backdrop of Ellen’s famous Oscar selfie. Oh, and their office space was pretty impressive too. 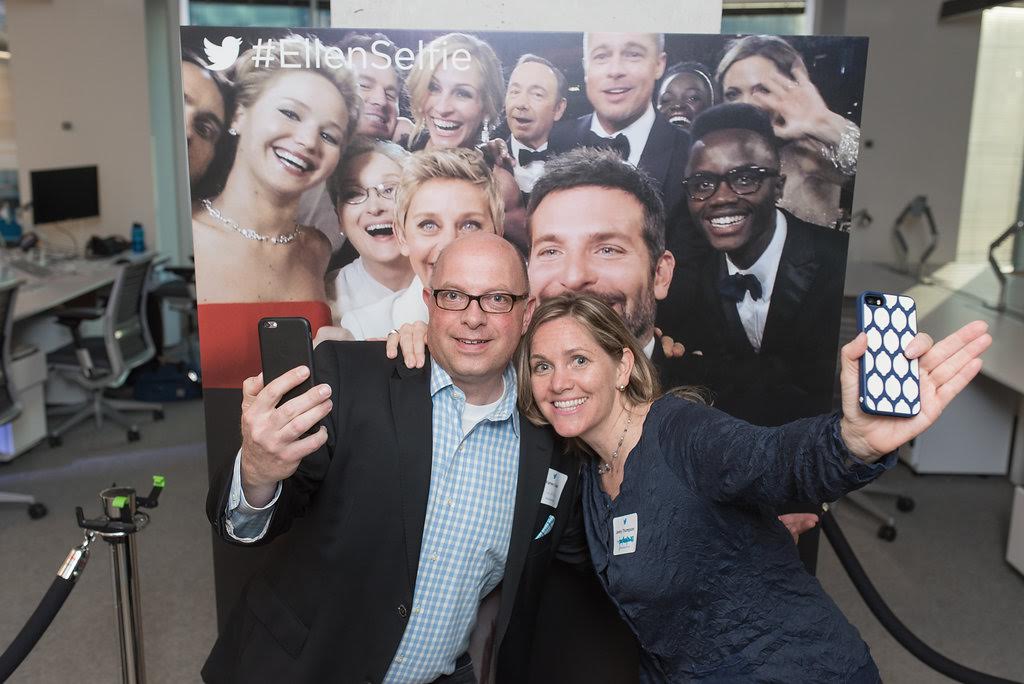 The Details at Bata Shoe Museum’s 20th Anniversary Party
When dream team event planners Candice & Alison and a shoe-filled museum is involved, and the cause for celebration is a 20-year anniversary, you know it’s going to be an event not to miss. At the iconic Bata Shoe Museum’s 20th anniversary bash – held on May 7th – the “special factor” was all in the elegant, pink-washed details. This meant everything from the pink carpet and the massive pink and black Holt Renfrew-braded stiletto upon entry, to the pink-lined #shoeselfie station, glass-encased pink flowers (topped with stilettos), and the lighting that gave Instagram shots an eye-catching pink background. As an extra bonus, guests had the opportunity to view BSM’s massive shoe collections as they discussed their own. The Talent at the Parachute Gala
The Parachute Gala is the kind of event you don’t forget. I mean, the evening was hosted by longtime Canadian talent Jason Priestley (AKA Brandon Walsh), and included speakers like hockey legend Wayne Gretzky (who was more than happy to pose with guests between dinner courses) and new Toronto police chief Mark Saunders. A completely iPhone video-worthy performance of Whitney Houston’s “One Moment in Time” by Deborah Cox was a highlight, as was a stand-up act by Martin Short, who claimed that Wayne Gretzky was such a legend, that he screams his own name during sex. The evening honoured Dr. Charles H Tator and his work in injury prevention. 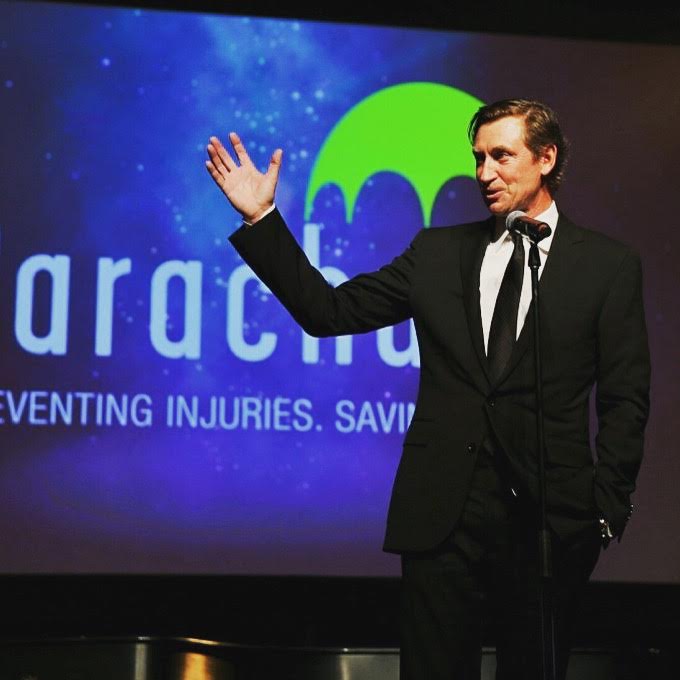 The Entertainment Value at the Baeumler Family Foundation Gala
The Beaumler Family Foundation Gala filled ballroom at the Ritz-Carlton with some of the city’s most familiar faces, ranging from pretty much every broadcast journalist and TV host you know, to the always easy-on-the-eyes star of Suits Patrick Adams. The added value in this fundraiser is that dinner is followed by larger-than-life karaoke, complete with a band. Highlights of the evening included watching Ben Mulroney, Deadmau5, and Brian Baeumler snap away pictures and videos of their ladies on stage during their rendition of the ultimate girls’ night theme song, Madonna’s “Like a Virgin.” Ben Mulroney then took to the stage himself, in a soul-filled – and quite impressive – version of Frank Sinatra’s “New York, New York.” 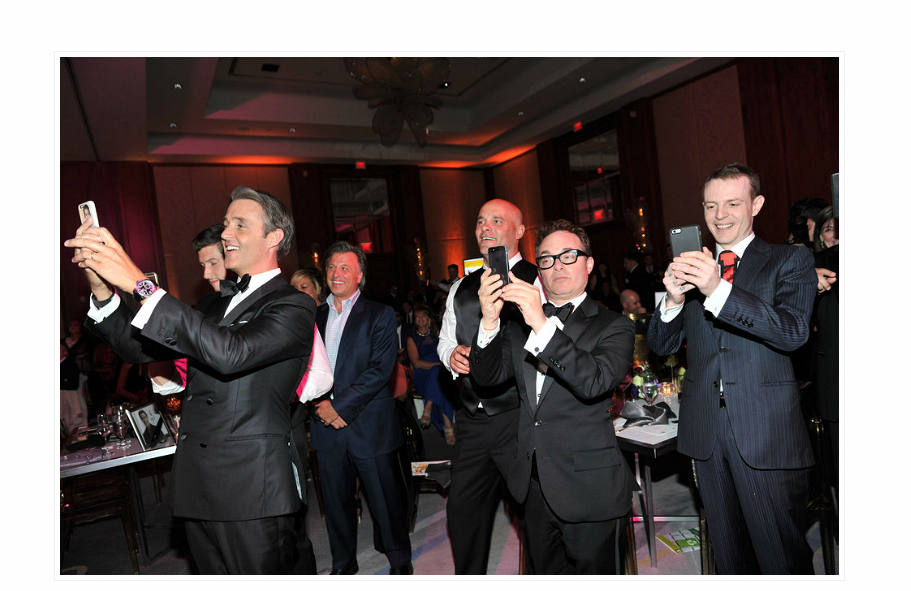 The View at The One Eighty Launch
I have to say, I am a fan of The One Eighty, formerly the hotspot of many of us in our early twenties, Panorama. Last Wednesday’s (May 27) opening night party drew a well-curated selection of some of the city’s biggest influencers in fashion, entertainment, and media. This meant names like CP24’s Steve Anthony, fashion reporter Glen Baxter, and jewellery designer Shay Lowe There are a few main things I like about One-Eighty: the view (sitting 51 stories up, the city view makes it perfect for out-of-town guests); the vibe (each time I have been there, the douchebag factor has been zero); the patio; and the food – especially ‘the cart,’ which stops by your table filled with a sampling of the chef’s daily small plate creations. But, mostly, it was the mingling over the view (with cocktail in hand) that made this party a memorable. 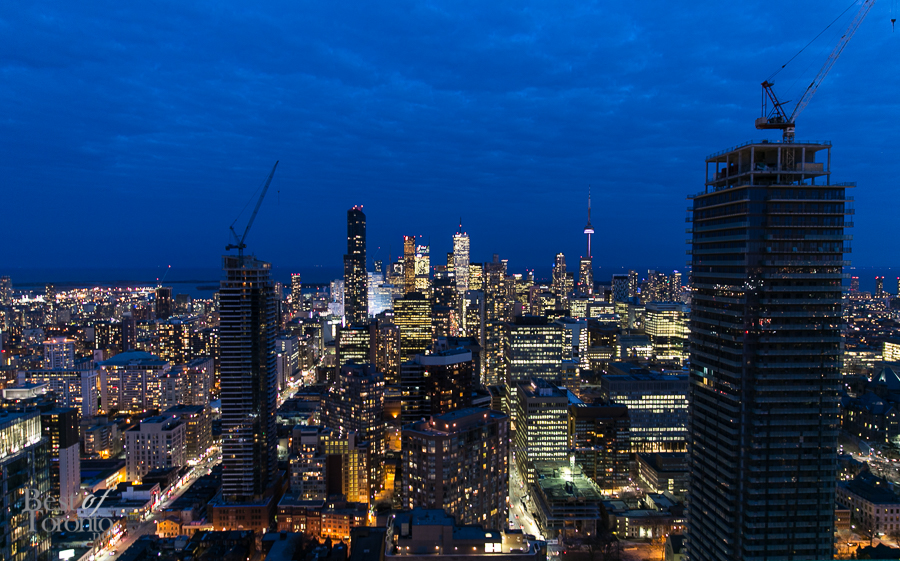 The Streetcar Ride (Seriously) at the Queen Street 501 Launch
After awhile, launch parties for booze products can blend into each other in a major way. I mean, they’re usually pretty standard. One that definitely wasn’t like the rest was Thursday’s (May 28) launch of Queen Street 501 cider by Brickworks Cider House. The evening kicked off at King East’s local gem Betty’s, where guests – including CP24’s Patricia Jaggernauth – sipped the cider before piling into a very Instagram-worthy vintage Queen Street 501 streetcar. Complete with gourmet hotdogs and a live band, the old-school streetcar took us on a ride across town to end the evening off with a cider at King West’s Firkin on King. 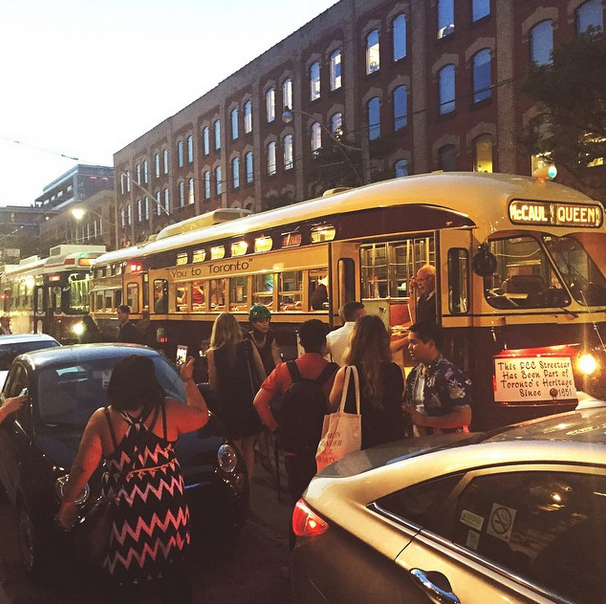 The Design Inspiration at the Design Exchange’s Design Auction
On Friday (May 29), I hit Design Exchange for DX’s first-ever design auction. Filled with a mix of décor and furniture seekers of varying ages, the evening suddenly made me less enthusiastic about the furniture in my place. Though most of the live auction items didn’t exactly rival Ikea pricing, many of the silent auction items – which ranged from lighting fixtures to artistic chairs and bookshelves – were attainable to those on the younger half of the crowd’s age spectrum. If not, well, there was always the Food Dudes’ mac n’ cheese station or gourmet ice cream sandwiches. All proceeds support DX’s education programs, curatorial initiatives and the permanent collection.

The Boxing Match at the Fight to End Cancer
It takes a major draw for me to venture outside of the downtown core, but when a cause like cancer, a boxing ring, and a black-tie dinner is involved, I’ll make the Uber ride to the Old Mill Inn. What sets The Fight to End Cancer aside from other charity galas is quite literally the fight. In a seriously impressive Vegas-style twist, the main event is a series of Olympic-style amateur boxing matches in a boxing ring located in the centre of the ballroom. Each participant is a local business leader who trained for five days a week for six months for six minutes on the ring to raise some seriously impressive funds for the Princess Margaret Urgent Cancer Priorities Fund at the Princess Margaret Cancer Foundation. 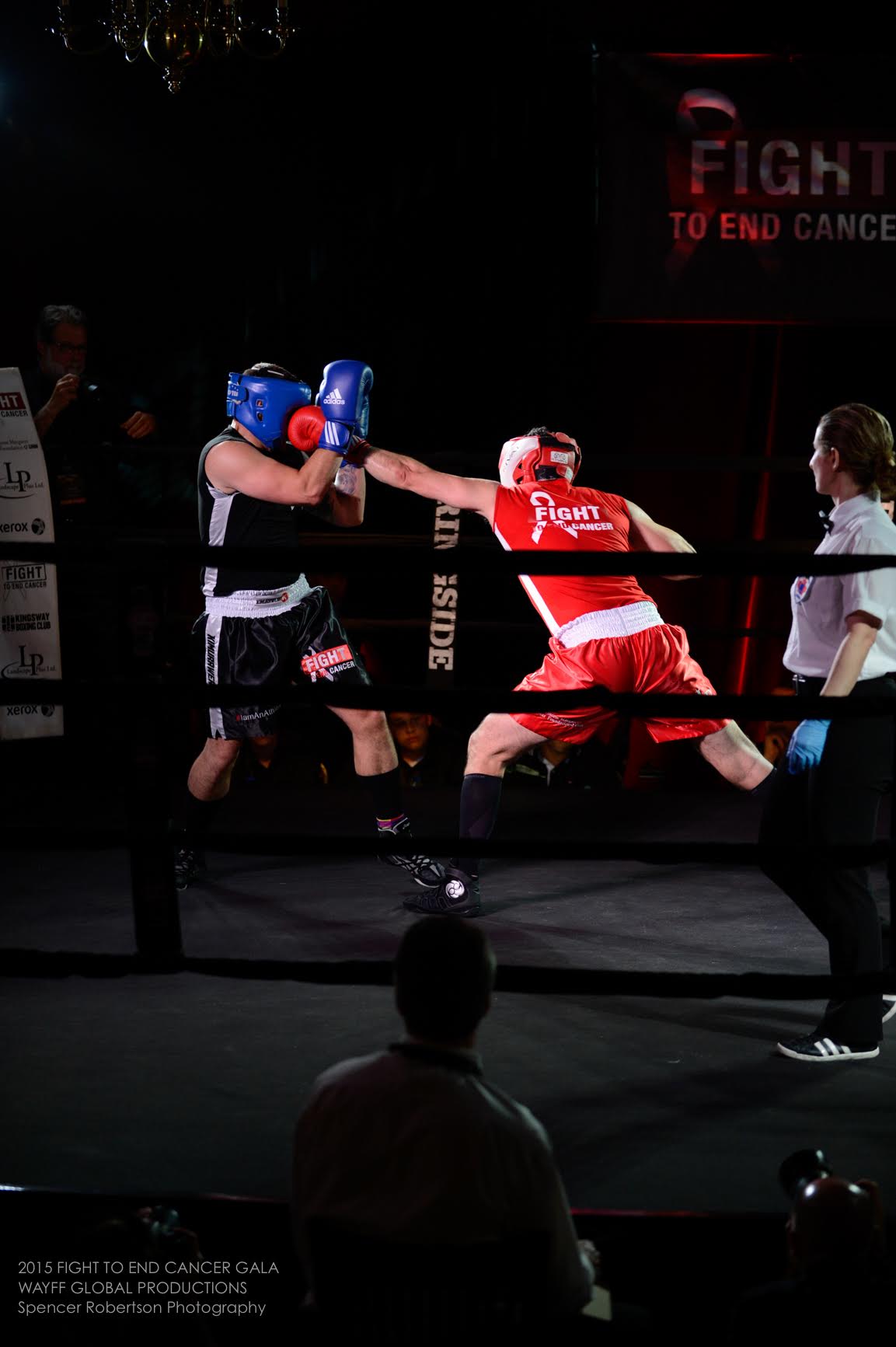