The Fight of the Century turned out to be more hype than substance, a lulling affair that was as forgettable as they come were it not for the sheer bling of the occassion. It was impossible not to be blinded by the cash, cars, celebrities and riches, all of which combined to make even the those who show no interest whatsoever in sports at least commit an ounce of attention to the big event in Vegas.

Just one look at the numbers behind Saturday night’s Mayweather-Paquiao fight in Vegas is enough to kick your week off weeping.

1. Floyd Mayweather Jr., who won the fight by unanimous decision, took home $180 million for his 36 minutes of work – almost $5 million per minute of action. 2. Manny Pacquiao took home a respectable $120 million from the fight, a significant improvement over the $2 he earned after his first professional fight in the Philippines.

3. Las Vegas’ international airport was overloaded with private jets, eventually reaching full capacity. This is what a parking lot for the super-rich looks like:

5. It was the most expensive pay-per-view fight in history, available in high definition for $100. Non-HD streams still fetched a staggering $90.

6. The standard quote for bar owners to broadcast the fight was $30 per person, which is multiplied based on the building’s maximum capacity as outlined in the fire code. Some barstools had a reported value of $600.

7. Manny Pacquiao spent $4 million on seats for his friends and family at the MGM Grand’s Garden Arena.

8. The trophy belt awarded to the winner is outfitted with 3,000 emeralds and is worth $1.25 million.

11. Mayweather wore a $25,000 diamond and gold-infused mouthguard for the fight. 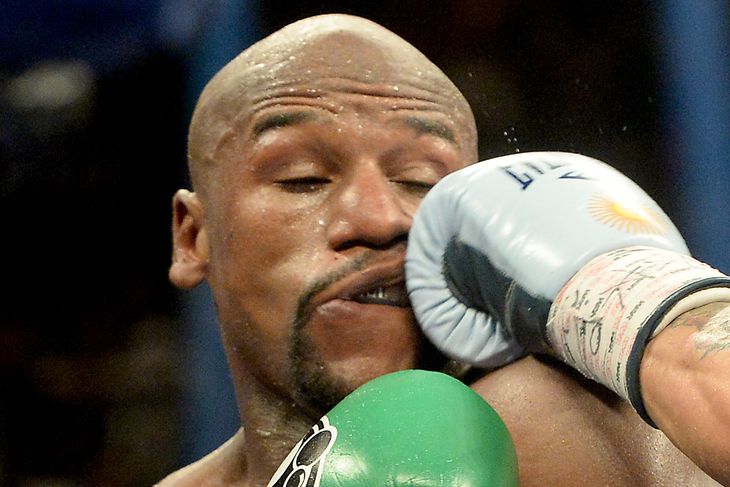