By this point, most of us are seasoned enough in the dating department to know that people can turn out to be the furthest thing from what you thought they were.

Or imagined them to be.

Or who they are on social media.

I’ve seen it all when it comes to dating – the good, bad, ugly, and downright sketchy. At some point in time, I’ve ended up meeting people who have later turned out to have significant others at home, have lied about their profession (and subsequent “million-dollar condo”), and have even encountered a white-collar criminal (and I’ll never know his real name).

And then, there are times when I’ve been plain disappointed in the person when we met in person, having dreamed who I thought he was into existence thanks to his social media page and my own assumptions (coupled with wishful thinking).

And a few guys have probably been disappointed in me once we met in real life.

The thing is, there’s a fine line between doing a little background check and relying on online research to form opinions before getting to know someone.

Sometimes, a little fact checking only makes sense. Employers do background checks when it comes to things like reference letters, criminal records, and past university enrolment before inviting someone into their company, so shouldn’t we do the same before inviting people into our life – especially when it’s so simple to do so?

With Google searches and our ever-so-tiny young professional circles, it seems increasingly easy to do your research on someone immediately after making an initial connection and scoring that number, before following through with the inevitable Facebook “add.” And we’ve all obviously done it.

After all, just one Facebook creep can reveal who his or her friends are, when their last relationship began and ended, and whether there are others still in the picture. A quick Google search will likely bring up his or her LinkedIn profile, so you can confirm he or she was truthful about their job – and he is, in fact, an entertainment lawyer. 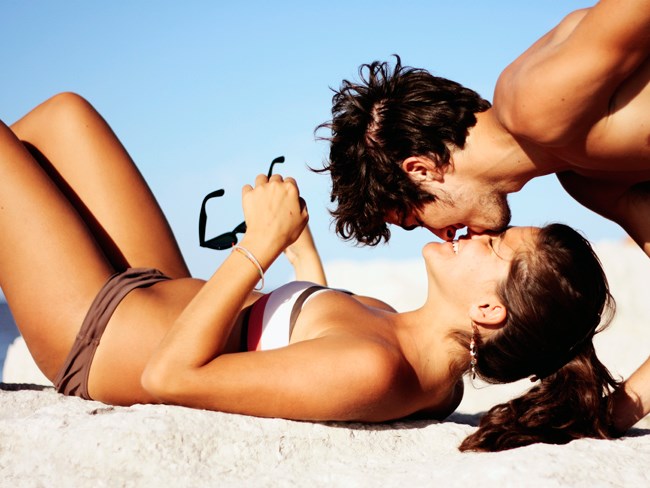 With the information literally available at our fingertips, it’s pretty standard for young professionals to do our research when selecting potential mates, much like we do when purchasing a new car, deciding which restaurant to go to, and pretty much any other decision in our savvy lives.

Then, of course, we form opinions – and weigh options.

But things are rarely what they seem on social media sites. That guy in dozens of pictures with that girl could be her brother, and that beautiful, successful girl smiling happily in her Facebook pictures, surrounded by friends, could in fact be horribly insecure and a nightmare to deal with. Too much research can kill a potential relationship before it even begins. Negative assumptions can lead to missed opportunities with amazing people and – much like turning to friends for restaurant recommendations – word of mouth is subjective.

Don’t we all miss the days of the old-fashioned mystery and intrigue of meeting someone you know nothing about and getting to know them slowly, without the increasingly hard-to-resist Facebook creep, LinkedIn check, or inquiring about his or her history through mutual friends?

But the thing is, after you pass the fact check stage, the text message banter usually begins. And you could spend weeks indulging in such an exchange with someone before actually –wait for it – meeting in person.

After all, meeting up in person is a major commitment these days. But it’s so important. You could be turned off about everything about the other person in real life, though you practically fell in love with them via your cell phone screen. I’ve seen it happen. On the other hand, you could find yourself pleasantly surprised with the first date banter with someone, despite their weak, wit-lacking text message game and boring social media profile.

With the summer finally here, there are so many options when it comes to a first or second date that there’s no excuse to research and interact behind a screen – make it your mission to meet someone in real life before you research someone else.