It all started when Australian teenager Matt Corby decided to post a picture of his ‘footlong’ Subway sandwich on social media two years ago.

Corby was (understandably) upset that his 12 inch sandwich measured only 11 inches, as he displayed in his picture. 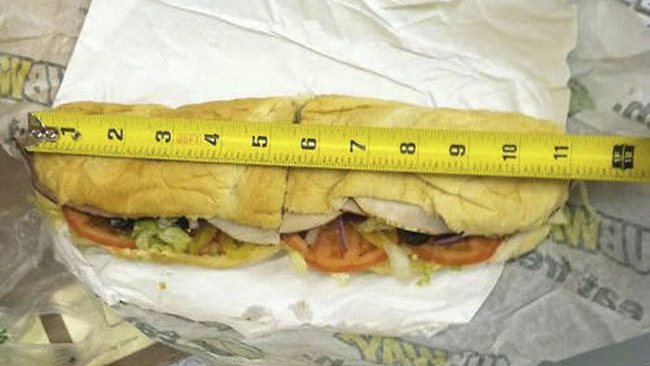 The photo went viral and led to a lawsuit against the world famous restaurant, a lawsuit Subway has been trying to deal with for the last two years.

Monday, Subway released the settlement agreement which includes attorney’s fees of up to $525,000, with individual plaintiffs being able to seek up to $1000 in incentive awards.

Subway has also announced plans to introduce new ‘sandwich measuring protocols’, which impose a strict lower limit of 12 inches for each loaf of bread baked.

It’s a good thing lying about the length of something in inches doesn’t commonly end in a lawsuit, or we have a feeling quite a few, um, members of our population would also be $1000 poorer…