Today’s Notable Young Professional is Vancouver-based actress Stephanie Bennett, who you may recognize as ‘Dee’ on CBC’s “The Romeo Section.” We caught up with her to find out what inspires her work and where in the city she hangs out when she’s not on set…

Describe what you do in less than 140 characters. Go.
I’m a film and television actor, working in Vancouver and Toronto. I play Dee on the CBC’s The Romeo Section.

What was the inspiration for your career route?
When I did ballet as a child, my favourite part was playing different characters and telling their stories. I studied psychology in university because I was fascinated with human behaviour. When I watched Kate Winslet’s performance in Eternal Sunshine of the Spotless Mind, I thought, that’s what I have to do. I signed up for acting class and never looked back.

What is the most memorable milestone in your career so far?
By far the biggest milestone of my career was being cast in The Romeo Section. As soon as I read the script I fell in love with the project and my character, Dee. I had never played such a provocative and compelling character.

To prepare for the role, I did a lot of research on drug addiction, specifically among young women. I read articles and watched documentaries, and also spent time speaking with drug users in Vancouver’s Downtown East Side. It’s been difficult sometimes, but I want to give the complex character her due.

Where do you see yourself in 5 years, 10 years, 20 years?
I want to continue to work on great TV shows and independent films, and build a body of work that is recognized across North America. Eventually, I would also like to produce and direct.

Do you have any advice for other young professionals?
Stay resilient and committed. Work hard and when you think you’ve worked hard enough, work harder.

Do you support any charities? If so, which one(s) and why is it (or they) important to you?
I volunteered with the Big Sisters of BC Lower Mainland for four years. You don’t realize how influential you are until you mentor a young person, and how much you can learn from them too.

What is one major challenge that you’ve had to overcome in your career? How did you overcome it?
Right before I started on one of the first movies I had a lead in, I got a bad skin reaction. It was too noticeable to cover with makeup and they fired me. At the time, it felt like the end of the world. As soon as my skin healed I went back to auditioning. You can’t let small setbacks like that stand in your way.

What does the word notable mean to you?
To stand out, fearlessly. 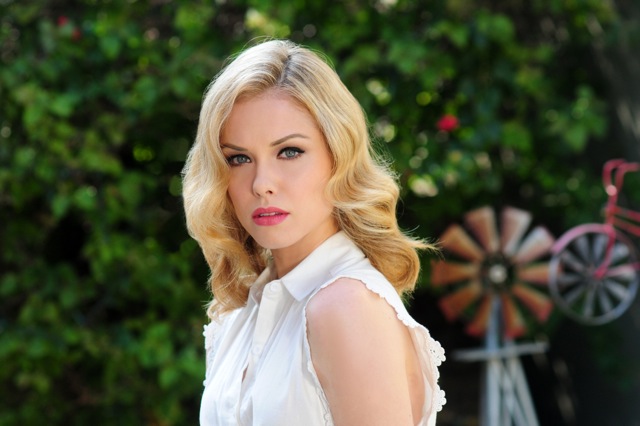 Where is your favourite place to wine/ dine in your city and why?
Best food – The Twisted Fork on Granville Street in Vancouver. Their brunch will change your life.
Best cocktails – Pourhouse in Gastown, Vancouver. When I walk in there, I feel like I am a part of the cast of Mad Men.

Who’s the one person you think everyone should be following on social media?
The playwright John Patrick Shanley (@JohnJpshanley) posts the stunning, enlightening quotes on Twitter.

What’s your favourite country to visit and why? And what’s the next one you plan on travelling to?
I’ve worked pretty constantly for the last while, which is great, but I haven’t had a chance to travel in a while. I’m visiting Ireland and Amsterdam a few months from now. I’ve always dreamt of visiting Europe.

What gives you the greatest FOMO?
Watching other people get to travel the world.

What’s your guiltiest pleasure?
Earnest Ice Cream in Vancouver. If you haven’t heard of it, you should try it as soon as possible.

And finally, what does success look like to you? Work, play, or otherwise…
Success is about finding happiness and acceptance of your true self, and using that to create great things and inspire others to do the same.