Who is Simon Brodkin?

Well, he might just be our new comedic hero.

Simon decided to prove a point and crash Sepp Blatter’s attempt to defend Fifa’s awful reputation at a press conference by making it rain on him with fake dolla dolla bills ya’ll.

Blatter looked shook up after the incident and had to be escorted out by the Swiss Police (cry-baby).

Although the comedian illegally entered the Fifa headquarters in Zurich, we can’t help but applaud him.

Brodkin then shared a photo of himself on his twitter account with the message “Excited to be at FIFA meeting Sepp Blatter to secure the #NorthKorea2026 World Cup.” 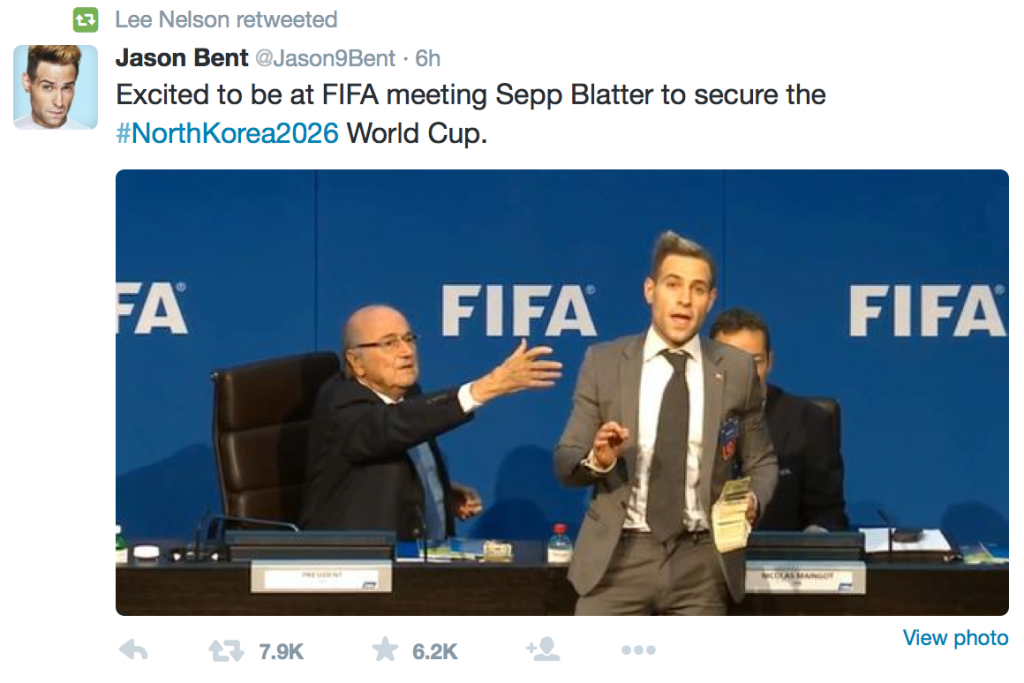 This isn’t the first time the Brit has crashed a high-profile event. He has previously managed to board a plane with the England World Cup team and chat with the players, and also interrupted Kanye West’s headliner spot at Britain’s answer to Coachella, the Glastonbury Festival.

Who knows, if we’re lucky maybe he’ll show up at the Pan Am Games closing ceremony and doing something hilarious to Kanye.

We can only hope.