This is not a drill. The day has finally arrived.

The world’s first single charger for both Android and Apple devices is here, and it feels so good.

Those dark, dark days and nights when your battery died, when nobody at work had an Android charger, in which you were ostracised from society, nursing your device as its blank screen stared back at you lifelessly (you get the picture) – they’re all about to become a distant memory.

Side note: we’re not too sure why it took them so damn long. But determined not to be party-poopers, we’re celebrating this very important victory.

To quote those L’Oreal ads, here’s the (sort of) science part: The charger combines the function of the lightning port on one side of the connector and micro USB into the other, working as a 2-in-1 for iPhone and Android cells.

Plus, the LMCable doesn’t just give juice to our ailing cell phones. It’s been tested and confirmed to work with all devices with a micro USB female port (e.g. Android smartphone and power bank), iPhone 5s and above, as well as iPad Air, iPad mini, and the iPad touch (5th generation). 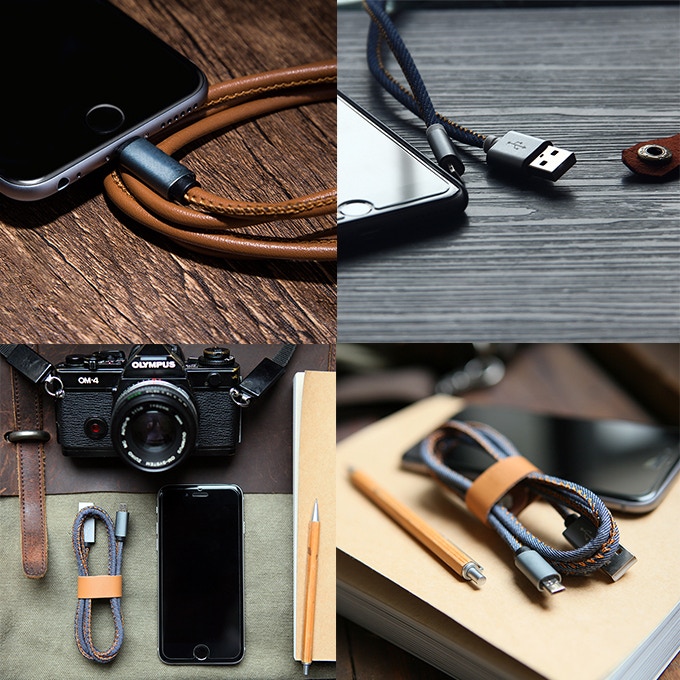 But this isn’t just function over fashion – LMCable is marketing this as ‘the only charging cable you ever need’ – so since it could be the only one we get to look at, they’ve jazzed them up a little with a selection of styles. You can choose from either Sunlight White, Vintage Brown, Moonlight Black, or Cowboy Blue, all of which are stitched in leather and come with a brass buckle belt to coil it neatly.

The benefit of this is not just to make things look pretty – the extra covering also provides better reinforcement and will stop the wire from becoming tangled.

But it’s not quite available in stores just yet – LMCable is a Kickstarter project. It ships to anywhere in the world, expected delivery is April 2016, and it has already far surpassed its $5,000 (AUD) goal – over $96k has been pledged.

You have until March 30 to back the project and put an order in for your LMCable, which is currently selling below market retail price.