George Stroumboulopoulos (Strombo) will not return as host of Hockey Night in Canada for the next season, according to the Toronto Star.

He will be replaced by the man he replaced in 2014, as Ron MacLean returns to the host chair after two seasons of Strombo front and centre. As any hockey-loving Canadian knows, MacLean was host from 1986 until 2014. He has since worked Saturdays alongside Don Cherry on Coach’s Corner and hosted Sunday night Hometown Hockey broadcasts, roles he is expected to maintain. 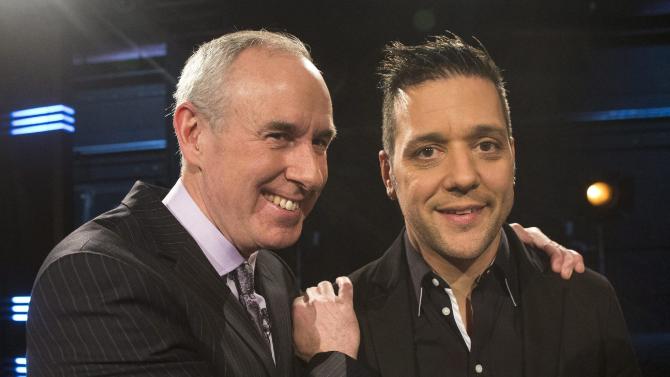 Strombo’s arrival came after Rogers’ $5.2-billion acquisition of NHL broadcasting rights (Rogers sublicenses Hockey Night in Canada to CBC). The goal was to appeal to a younger demographic of Saturday night hockey fans – and the motorcycle driving, skull ring wearing, skinny suit rocking Strombo was to do just that.

Naturally, some said at the time that the highest profile position in Canadian sports broadcasting should go to someone with actual experience in professional sports.

The show’s ratings have been dropping since Strombo’s arrival, but so has the Leafs’ ability to play hockey that anyone can get excited about. This spring marked the second time in the history of the NHL that a Canadian team didn’t make the playoffs. And none of that has anything to do with Strombo.

Like wanting to change a partner when relationships gets too comfortable, however, there were whispers that people wanted to mould Strombo into a personality more appealing to the masses – more conventional, more generic, more, well, basic (over badass).

“Insiders say executives suggested to Stroumboulopoulos that he tweak his appearance to be less jarring to some mainstream eyes. A trip to the tailor for a more conventional wardrobe was on the list of polite requests … Sources say he didn’t appear to see the need for a makeover,” writes Darren Goldstein of the Star.

Reinforcing a commitment to stick to tried and true traditions, earlier this month it was announced that 82-year-old Don Cherry, the longtime star of Coach’s Corner, has signed a new multi-year contract.

Placing the blame on the game, 8.12 per cent say that the ratings are bad because of the hockey, not the commentary.

With other Toronto teams are playing well, many have shifted their focus (and enthusiasm) to baseball and basketball.

As for Strombo’s future, I am not too concerned. He is industrious, passionate (especially about Toronto) and committed to using his voice to raise awareness for both cool new rock music and some of the country’s most important causes.