Nick Nurse is having a hell of a spring.

Less than two weeks after leading the Toronto Raptors to their first championship, the rookie NBA coach was chosen to lead Team Canada to what will hopefully be their first Olympic berth in two decades this summer.

More importantly, however, Nurse joined widely beloved Hamilton rock band The Arkells on the Budweiser Stage to perform in front of a sold-out crowd on Saturday night.

Introducing the newest member of Arkells.
(Plz note: he will not be able to tour during the NBA season.)
Thanks @Raptors for letting us borrow him! pic.twitter.com/c6hQiw77uH

The collaboration has actually been in the works since June 13th, when the Toronto Raptors won the Larry O’.

Nick Nurse: you’re welcome to guitar solo at any Arkells show for the rest of time.

It should come as no surprise to Raptors fans that Nurse can shred. Throughout the season, and including the playoffs, the first-year coach has been photographed schlepping a guitar on his back while on team travel. 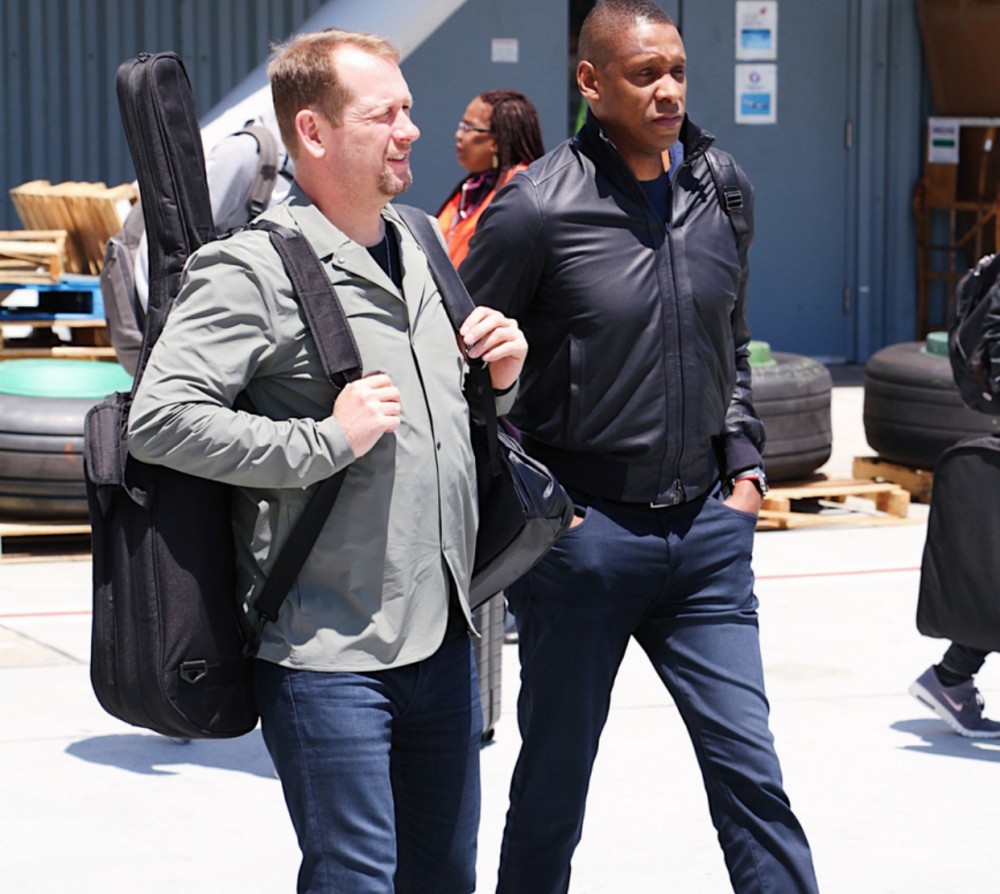 One more because this is just such a delightful look:

Gah, I love you. Anyway, Nurse riffed the axe for the band’s rendition of Stevie Wonder’s Signed, Sealed, Delivered I’m Yours, which is exactly the sentiment Saint Nick will wish to hear from Raptors star Kawhi Leonard in a few weeks. For those not in the know, Leonard is a free agent this summer, and speculation over his future has been rife like water in the ocean.

It should go without saying that The Arkells are now Canada’s Band.