Why is it that when we go on vacation we sometimes feel that all the men are so much better looking?

Maybe it’s the tan and the allure of the exotic. It could be because we’re so relaxed we have plenty of time to stop and admire. Or possibly it’s because our ideal man lives in Spain. Or the Philippines, or Russia…

Last year U.K. online doctors, Superdrug, created Perceptions of Perfection – 18 different images of a photoshopped female – to see how body and beauty standards differ across the globe. And while the plight of women’s image and the need to look a certain way has been well documented, it was finally time for Part II: Men.

11 women and eight men in 19 different countries were given a photo of a New York photographer and asked to produce their own version of an attractive man in their nation.

They were told they could modify any feature, the only stipulation being not to cover his torso to allow us to see how their physical form was altered.

And the results were often surprising. Varying hugely from country to country, the male image was slimmed down for the U.K., given a six pack for the U.S., largely unchanged except for a tattoo sleeve in Serbia, and given large pecs and blonde hair in Russia. 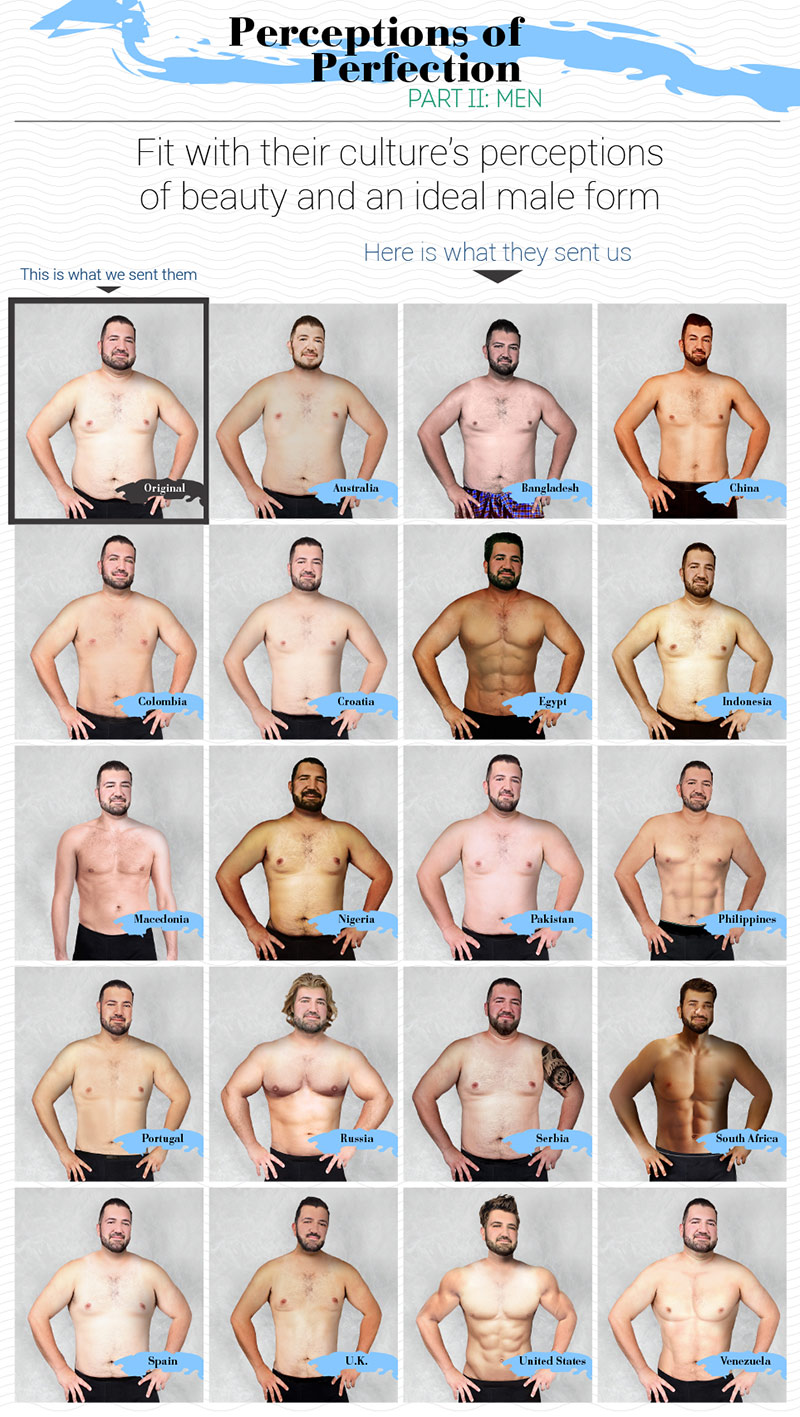 As Barbie dolls are being manufactured to represent girls of all size and shapes, and plus-sized female models gain recognition and respect, we are woefully failing to do the same for our male counterparts.

As Superdrug’s site says, the pursuit of the “perfect” body transcends gender.

“Fueled in part by the media and popular culture, men around the world may feel even more body image–related pressure than women do – pressure to be stronger or slimmer or more muscular. Our goal with this project is to fuel a revolution: to spark real change about body image, to empower people to prioritize health above appearance, and to promote body confidence around the world.”

The project aims to show how wide ranging beauty can be and prove that it is something that culture and the media have constructed. So finally, here’s a little body positivity for men.

So if anyone ever tries to throw shade at the way we look, just tell them that you’re kind of a big deal in Macedonia.