Ladies and Gents, Osheaga 2013 is here! Almost. The Osheaga 2013 lineup has just been released and, we have to say, Osheaga just gets more notable each and every year. Since it’s inception in 2006, the Montreal-based music and arts festival continues to raise the bar. We’re pretty stoked by the 2013 lineup. From some of the biggest names today like Mumford & Sons, Phoenix, Kendrick Lamar, and The Lumineers to classics like The Cure and New Order, Osheaga 2013 is shaping up to be the Canadian music and arts festival of the summer. Here are the acts: 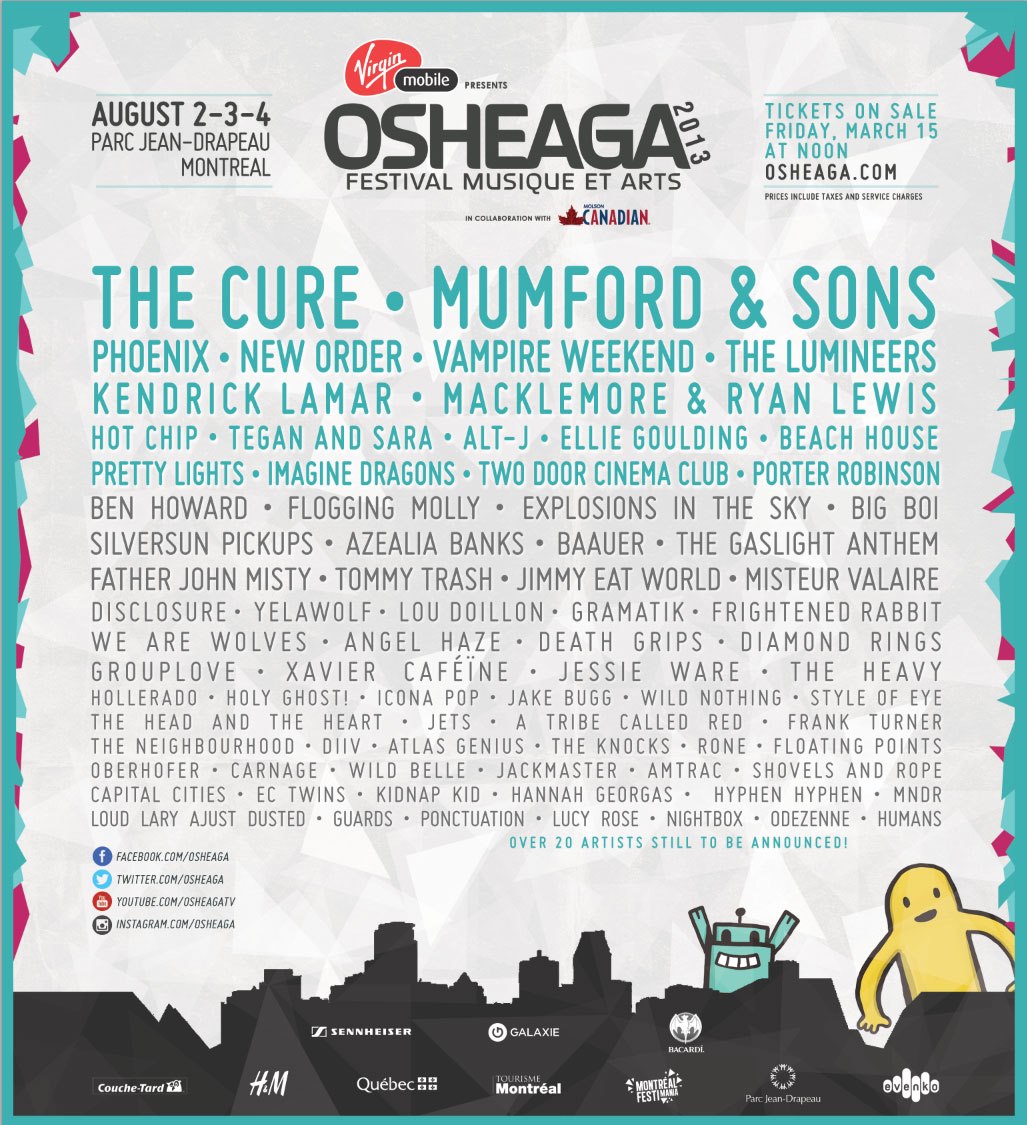 This will definitely be one of the “must-attend” events this summer for young professionals Canada-wide. Held in Montreal’s serene Parc Jean-Drapeau, August 2-4, 2013 will be a weekend to look forward to. Block it off. Tickets go on sale this Friday March 15 at Osheaga.com. We’ll see you there …