An Ontario man has proposed to his girlfriend in one of the most romantic and creative ways.

In June, the pair kayaked across a lake to retrieve the capsule’s now nostalgic contents.

But instead of their joint project, Jennifer found a cleaned-out jar of peanut putter containing a note wrapped in ribbon asking for her hand in marriage. 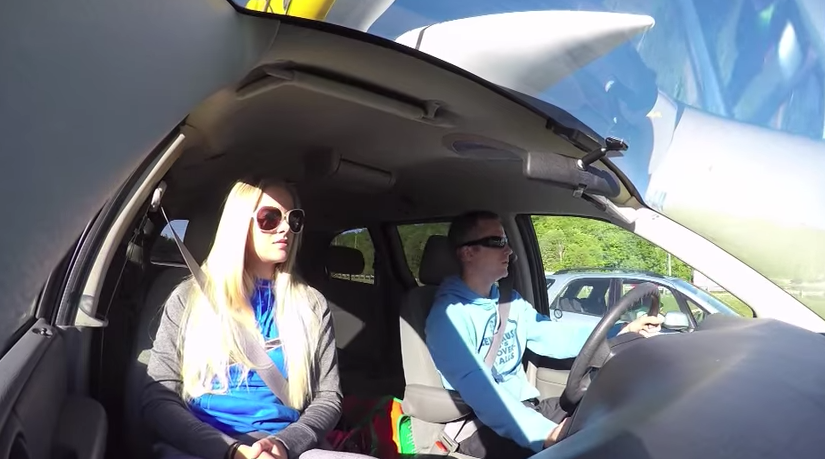 As CTV reports, a month prior Redington had snuck out in the middle of the night to go to the island campsite on Eagle Lake in South River, Ont. He dug up the capsule and replaced its contents with a new jar containing the proposal note.

The idea came to him three years after they buried the capsule as they sat around a campfire discussing it.

Fast-forward two years, and the couple decided to make the drive up north to retrieve the capsule. Reddington convinced Storrar to videotape the entire thing.

The video documents the couple’s scenic journey on their mission to reunite with the time capsule. 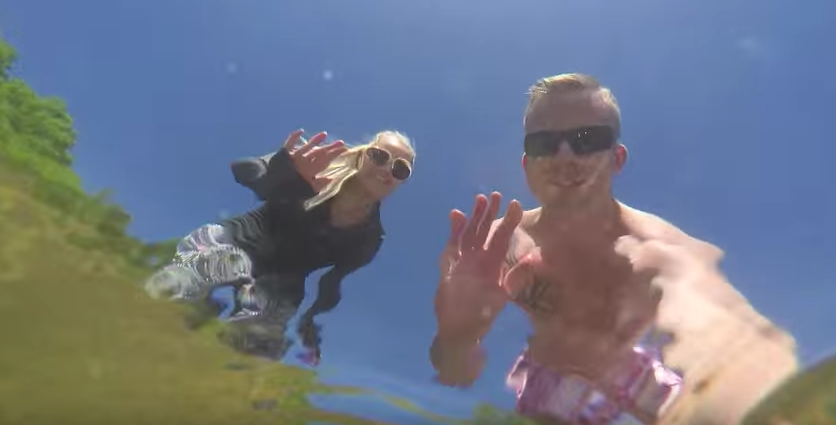 Shot from a variety of angles and perspectives and accompanied by music, it shows the couple driving through Ontario’s rolling countryside, kayaking through the calm lake, running through forests, and digging up the capsule.

Reddington said that Storrar was at first angry when she saw the new jar in the capsule, thinking that someone had replaced the original contents without her knowledge. Her reaction quickly changed as soon as she read the letter and Reddington got down on one knee.

In the video, a very happy and surprised Storrar hugs Reddington after saying “yes” and then shows off her new diamond ring. 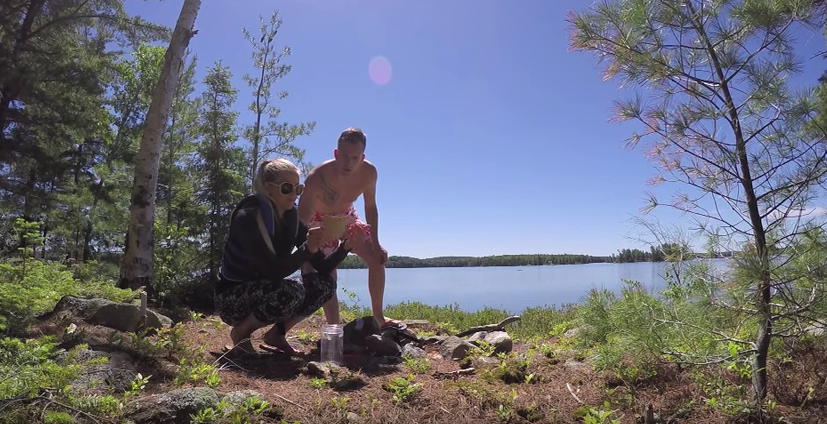 Reddington posted the video on YouTube in July and it has already received more than 48,000 views.

According to CTV, Reddington has said that the feedback has been positive, but that some men have jokingly thanked him for ruining it for the rest of them.

He says he is hoping the video will get him a guest spot on Ellen.

That brings us to a slight raise of an eyebrow with modern-day proposals, like this elaborate Air Canada proposal, that make their way through media channels and create local celebrities in the process. While special and creative, proposals are also supposed to be about the couple and their sharing of one of their most intimate moments – not about YouTube hits or guest spots on daytime TV.

The video does, however, however, that brilliant proposals don’t need to be costly.

Pretty much anyone with any budget could pull off the time capsule proposal (though they probably won’t as this story continues to gain traction).

Either way, we’re all for this cute couple and Reddington definitely scores major points in the proposal department.

He and Storrar hope to marry in the next two to three years.