A 31-year-old Lethbridge Alberta man changed the life of another with just one social media post.

On Saturday, Colin Ross visited Whitbie’s Fish and Chips for the first time on the way home from the driving range.

While the  halibut he enjoyed was “spectacular,” he was saddened to find the place deserted aside from its 69-year-old owner, a Scottish immigrant named John McMillan. 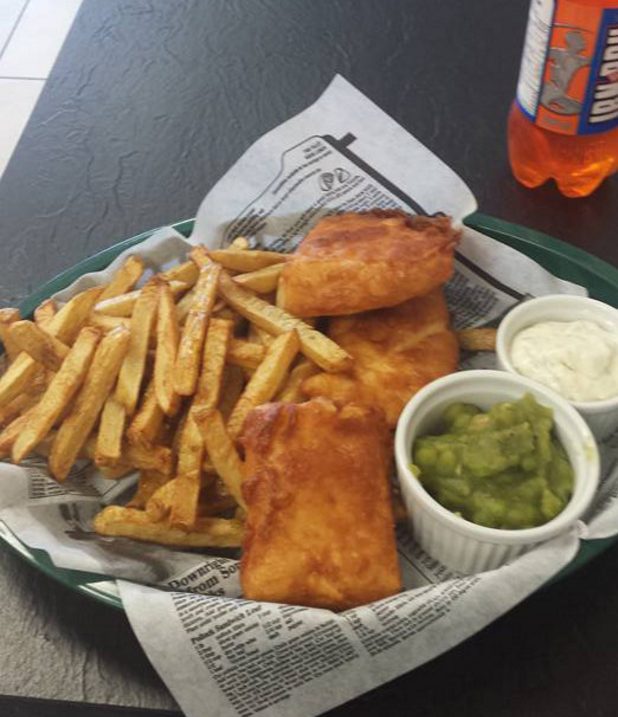 Not only was the meal amazing, Ross noticed that the place was clean and well taken care of. When he asked McMillan where all the customers were, he told him that business has been so slow in recent months that he had been unable to pay himself.

Blown away by both the dedication and the fact that the shop sat empty, Ross offered to help out with his background in marketing, but McMillan brushed the offer off.

That’s where the power of social media comes into play.

Ross posted a photo of the shop on Facebook accompanied by a lengthy post documenting his experience and asking people check the spot out for themselves.

“I have a big heart and want people to do well,” wrote Ross, “especially a 70-year-old man who has put in his time.”

“The owner was a gem, real classy stand-up guy, so I ask everyone in Lethbridge to share this and go support this hard working gentleman,” he wrote.

It didn’t take long for the post to blow up (it’s currently been shared over 8,000 times) and for Whitbie’s to fill with customers.

Now, people are flocking to the fish and chip spot in ways McMillan could have never imagined. He’s welcoming the biggest demand he’s experienced in seven years of business.

On Tuesday, 500 fish and chip craving customers visited the spot, followed by 500 the next day, resulting in a lineup out the door and through the parking lot.

McMillan has since had to hire another chef to accommodate the boom in business.

So, if you’re ever in Alberta and you get a craving for this classic British meal, you know where to go.