In a world where our dating lives are dominated by swipes and likes, how we initiate the first conversation is extremely vital to the success and longevity of the “relationship.”

Typically it’s the guys who swoop in with the trusty, cliche one-liners. But according to data published by OkCupid, women who take the initiative to reach out to men first are actually rewarded with higher response rates and more desirable men.

The company studied a random sample of 70,000 users who had logged onto the website at least three times within the same month. Their study found that females who sent the first message were typically 2.5 times more likely to receive a response than men who did the same.

The women were even more likely to receive a response from more “attractive” men, which was determined by examining how users rated certain men’s online profiles for both looks and content.

According to the dating site, there are 1.5 men for every eligible woman. Because of this, both men and women are extremely ambitious about who they decide to strike up a conversation with, and in turn, they typically reach out to users more attractive than them. The studied men would send messages to women 17 percentage points more “attractive” than themselves, while female users would only message men up to 10 percentage points higher.

The study also examined if age was a detrimental factor of the success rate of sending a message first for women, as one might assume that older women might be more confident and assertive compared to younger women. It turns out that age really doesn’t matter. The amount of messages sent stayed the same in all age categories. Men, on the other hand, sent the most messages between the ages of 20 to 40. 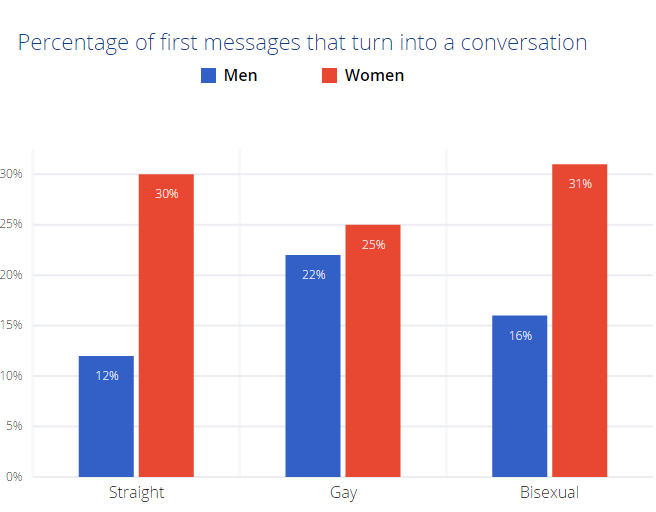 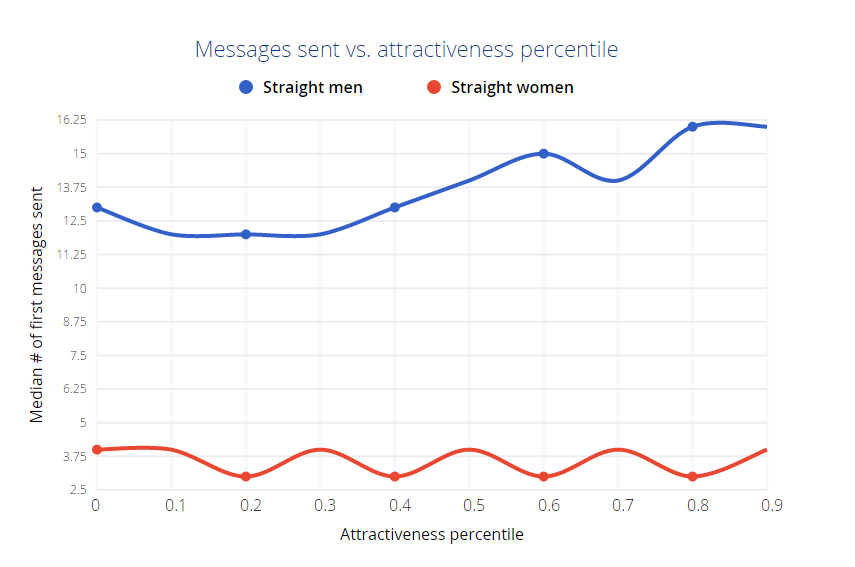 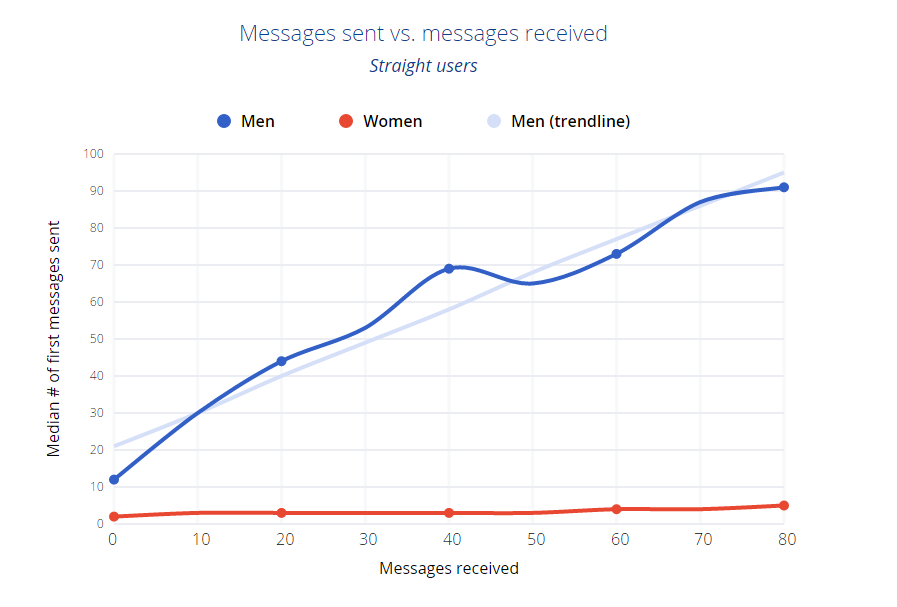 So for the women who are thinking about joining the online dating world, or are already members, just remember to always reach out to men you’re interested in first. You’ll not only come across as more confident, but you’re more likely to get a response back from someone you might otherwise consider out of your league.

Besides, what’s worst thing that could happen? Maybe you won’t always get a reply, but at least you’re putting yourself out there.