If we could choose Chris Lewarne’s spirit animal, we might choose, “cat” (make that a very fit cat).

That’s mostly owing to the fact that he’s lived about 9 different lives, and has landed on his feet with every turn. In a previous life, he was a big wig litigations lawyer in New York before a chance encounter led him to his first class in The Red Room at Barry’s Bootcamp. That class led him on the path he’s been on ever since. We had the opportunity to catch up with him to find out more about his unconventional career path, learn more about how he learns from his failures, and what drives him forward.

Who is someone you look up to?
Someone I look up to is Laurie Campbell at Barry’s Canada. She is someone who started in fitness, walked the walk and did her time, and is now a badass boss on the business side. I look at her when she has to make these big decisions and think, “this isn’t an easy thing you have to do: to have the right experiences in life and the right character to be able to trust your gut at every moment along the way and then really stand behind your decisions”.

What is the first thing you do when you wake up in the morning?

First thing I do when I wake up in the morning is have immense regret for being up so early. I’ve been doing this now for almost five years. The first three years were with Barry’s New York, when we had 5:00 AM classes. I would wake up at 4:25 AM and hit the snooze button a couple of times and then actually get out of bed at 4:40 AM. Here in Toronto, my schedule is closer to 6:00 AM to 8:00 AM classes. I have to say this one thing: I’m not a morning person, and I’ve never been a morning person, but the early morning opportunity at Barry’s came along. (If you have some success in your field, at a certain time then you kind of are, by default, a morning person or a night owl now).

So time after time I get up, I hate my life for about 25 minutes and then I get to the Red Room. And then I really love my life because I see the energy of everybody else. Everybody comes in there and they give me everything. They give me so much energy that they don’t have at that time. It makes me smile. It makes me in awe of them. And it makes me push them harder. I get to leave happier for the rest of the day. So every day in the morning I regret my life until I see people that are better at life than me.

What kind of Notable are you?

That’s a tough question because I’m a few things. I’m a minority stakeholder in a business, I curate my own brand to some extent, and really, what I am is somebody that works for a company that I love. I bring value to that company by being extremely me, which a lot of people don’t get to do. With that said, I guess I’m an entrepreneur, but I have entrepreneur friends and they have to work so hard and they have to focus so intensely on these minute details and spreadsheets and operational issues that seem honestly really boring to think about. I don’t have to do that, which makes me really lucky! I think I found a place where I get to have a voice and I found out that that voice had a certain value and had a place within a bigger company, a bigger brand.

What does ambition mean to you?

To talk about that I need to talk about a big catalyst for me: Helping me make a career change from law to being in fitness, to doing something that had a little bit more meaning for me was my best friend Adrian Rufo. When he was diagnosed with cancer, it was weird for me because he was always the strongest guy I’ve ever known in every way, and he was completely humble about it.

When I found out he had cancer, that was tough because in my mind, this is the guy that did everything right: he was Superman in my eyes. Uh, so that’s when I started boxing. I was still at the law firm and I started boxing with Haymakers for Hope, which is this amazing charity based out of Boston that has fights in New York and Colorado now. He came down for my fight, it was about a year into his chemo and was the last trip he ever took before he passed away.

He sat with my friends in the crowd and they were worried about me because I’m a very nice guy, saying, “he’s going to get killed” or “He’s not a fighter”. And I remember, after the fight, my other friends told me that he turned to them, he said, “Don’t worry about Chris. He’s not always the best, worst, or whatever, but he’s always going to survive”.

I’ve kept that in my heart, with every step of what I do now. Every time I most afraid or every time I don’t know if I should take the leap I think about Adrian saying, “Eh, you’re going to be fine. If you trust your heart, you’ll find a way”. 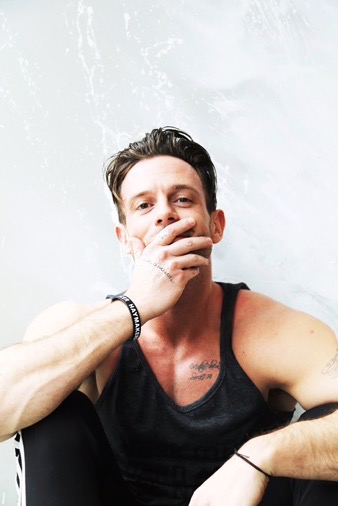 Tell us about your worst mistake.

I’ve made so many mistakes. So much of who I am is an accumulation of all the times I messed up in life, but I never consider it really a mistake. I really feel that every time I’ve fallen down, every time I fail, every time I’ve done something really stupid it’s helped me get to where I am now. I honestly probably cherish my mistakes more than my successes sometimes.

What are your Notable Life goals?

I feel like I’m living my biggest Notable Life goal right now, which was to be a part of Barry’s Canada and to see its success from infancy through immense success across the country. I get to wake up every day and say, “wow, I’m part of this”. And that’s really, really cool. My Notable Life goal is to stay on course and continue to see what happens next and continue to be okay with not knowing what happens next because I think that’s the coolest part of life.

What’s something about you, or your approach, that has helped you in your career?

I’m so bad at so many things. I’m the first to admit where my weaknesses are. I think my biggest strength is the ability to let go and let somebody else do the task at hand who is really good at it.

That’s a lesson I learned from boxing: there are these moments where you’re doing something well, and you’re trained to just keep doing it. And if you’re not doing it well, keep trying to do it until you get knocked the fuck out and you see stars and someone will tell you-you’re done, but you tried your best. I’ve got no pride associated with being the best at everything.

Do you have any secret talents?

I played the violin for 11 years.

You can catch Chris in The Red Room at Barry’s Canada’s Richmond or Yorkdale studios or on Instagram @the_cuddlycanadian.

Answers have been edited and shortened for clarity.