The Sheepdogs were in Toronto last Thursday as part of their summer 2013 tour and treated invite-only guests to an intimate concert at the Drake Hotel in a joint anniversary celebration of the beloved Levi’s 501 jeans. The Sheepdogs – composed of Ewan Currie on vocals and guitar, Leot Hanson on guitar, Ryan Gullen on bass and Sam Corbett on drums/percussion – are arguably the biggest Canadian band as of late, having shot to fame less than two years ago when the then relatively unknown band won Rolling Stone’s “Choose The Cover” competition. This saw the shaggy-haired foursome featured on the August 18, 2011 cover of the iconic magazine, the first unsigned act to ever grace the coveted piece of print real estate.

The Sheepdogs have since won multiple Juno Awards, performed at this year’s Juno Awards, rocked the stage at various high-profile music festivals and had their self-titled album, released in September 2012, debut at #1 in Canada. We caught up with Currie, Gullen and Corbett pre-show, where they discussed everything from playing high-profile music festivals to what they liked most about Toronto. 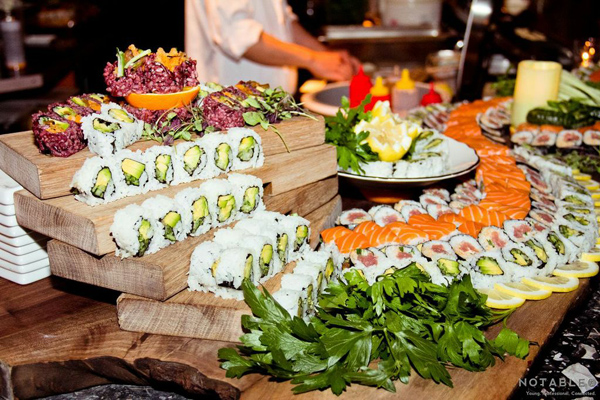 What city or show are you guys most excited about this summer?
Ohhh, this one tonight. We always say that before a show we are about to play. Anytime someone asks me that question, if I’m on a radio show or whatever, it’s always the same answer.  – EC

This past Monday, you played back home in Saskatoon. How was returning back after being met with such success?
It was a free outdoor show, so it was cool to see different people come together. We haven’t done that in awhile, play a free, all ages show. There were all kinds of people from different demographics and even a lot of families. I think there were about five to six thousand people. – RG 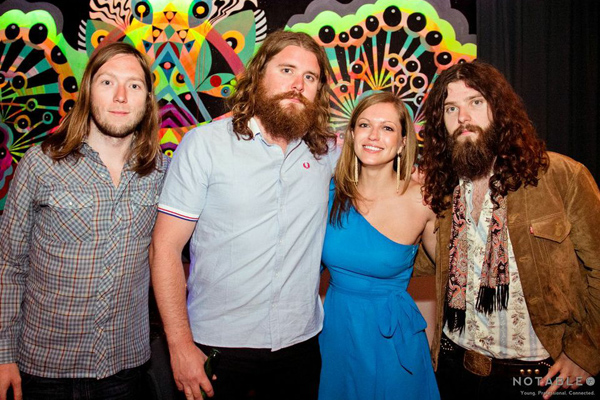 Did you see friends you hadn’t seen for a long time, from high school or whatnot?
Yeah, a lot of people came from all over. I mean, it was a free show, on the Monday of Victoria Day, in our hometown. It was pretty killer. – EC

You will be playing Bonnaroo Music Festival this summer. What’s the best part about playing at a festival?
You get to play outside, and for a lot of people… – RG

Festivals are one of the best crowds you can play for because they are very open-minded and everyone is like “we’ve been saving up for weeks for Bonnaroo,” so the energy is good and everyone is there to have a good time. – EC

This year at Bonnaroo we also get to see Paul McCartney and Tom Petty; we are huge fans of both of them. I haven’t seen either perform before. – SC 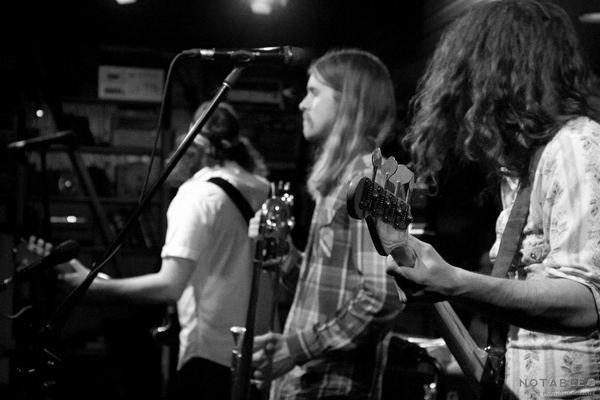 What is your biggest career success to date? Was it winning The Junos? Performing at The Junos?
Maybe when we quit our jobs and finally paid ourselves. That was a pretty big defining moment because we toured around and made no money for so long. – RG

Yeah, when we could finally make it a full-time job. That was an accomplishment for sure. – SC

With that said, do you have any advice for pavement-pounding, up-and-coming young Canadian musicians?
Just get on the cover of Rolling Stone. You’ll be set. That’s my advice. – EC
Do you want real advice? – SC
That was my real advice. – EC

The nightlife is good here. – SC

And the nightlife. – EC

I agree, we come from a relatively small city, so the variety here is great. – RG

You have the sports teams, arts, culinary stuff, museums and such – it’s got it all.” – SC 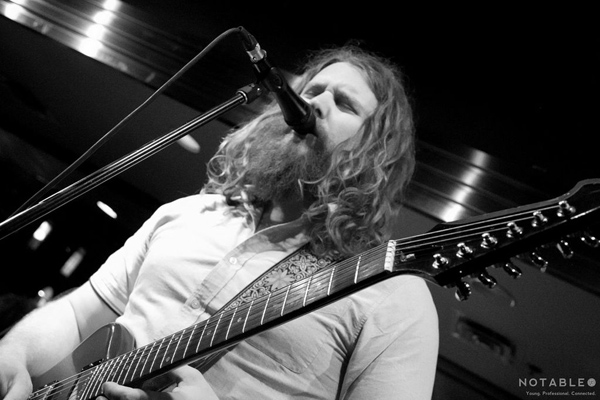 The band was in town for one night and assured us that they would make the most of their 24 hours in the city. As we found out after, they dined at Ossington hot spot Rock Lobster – good choice!

Minutes later, following an opening performance by The Treasures, the band took the stage on The Drake’s main level, as Currie told the crowd that they were “here to wear blue jeans and have a good time.” As onlookers watched from the windows on Queen, the denim-clad guests took in the music as they were treated to flowing cocktails, refreshingly uncrowded quarters, a sushi bar, grilled cheese, and fries with The Drake’s signature garlic mayo. The concert marked an anticipated finale of a three-part concert series hosted by Levi’s 501 jeans.