Nintendo just dropped a preview of its latest and greatest console – and it looks really different from the original we all know and love.

With just 12 hours of notice, Nintendo sneakily released the trailer for the sleek new piece of tech.

Naturally, it didn’t take long for the internet to react, taking to Twitter to express their excitement with the new system.

So, what’s so great about it?

Well, first of all, it’s pretty versatile. The modular device can be used as a portable console or placed in a dock for at-home gaming. It’s also equipped for party gaming, playing against another friend with a console and even e-sports.

Oh – and there is an all new Super Mario game. 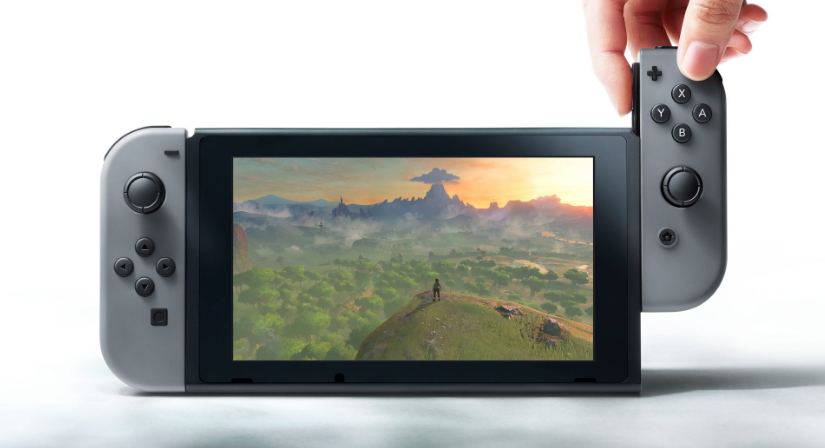 The main controls can be removed from the frame of the gamepad and placed onto the sides of a small tablet for gaming on-the-go.

It features a 3.5mm audio jack for headphones and a kickstand (perfect for flights, as demonstrated in the video). For gaming with friends, you can prop up the Switch via its kickstand and turn each half of the controller into a simple gamepad. The same games can be played whether it’s mobile or docked.

A far cry from the bulky games we grew up with, the switch uses DS-like game cards.

What some social media users aren’t as happy with is the battery life and the ridiculously small half controller, which likely requires some getting used to.

Why is this controller smaller than my big toe #nintendoswitch pic.twitter.com/zp3xuph4or

Switch is expected to hit shelves in March.

In the meantime, check out the trailer for yourself: