There’s a city beneath the streets of London.

And no, we don’t mean the ridiculous rush-hour, mind-the-gap kind of underground you might be thinking of. Well, not in the way you’re used to, anyway.

So the next time you hop across the pond, we suggest you skip an afternoon at the pub and trade it for the subterranean world. Along to help you explore, the experts at The London Pass who have already gone below to discover some of the most fascinating sites and attractions.

Think of it as urban spelunking – only cooler.

London’s Underground
London’s tube network is the oldest underground system in the world, built in 1863 launching the Metropolitan line first. Since then it’s become an intricate system linking all corners of the city together. There are over 250 miles of tracks below ground and each station is unique. Some of the most impressive bear intricate decorations and tiles, such as the Sherlock Holmes theme at Baker Street, or the British Pop Art at Tottenham Court Road. Remember also that back in the Blitz of WWII these underground tunnels were used as bomb shelters, so consider they actually had people living in the tunnels during the 1940s… 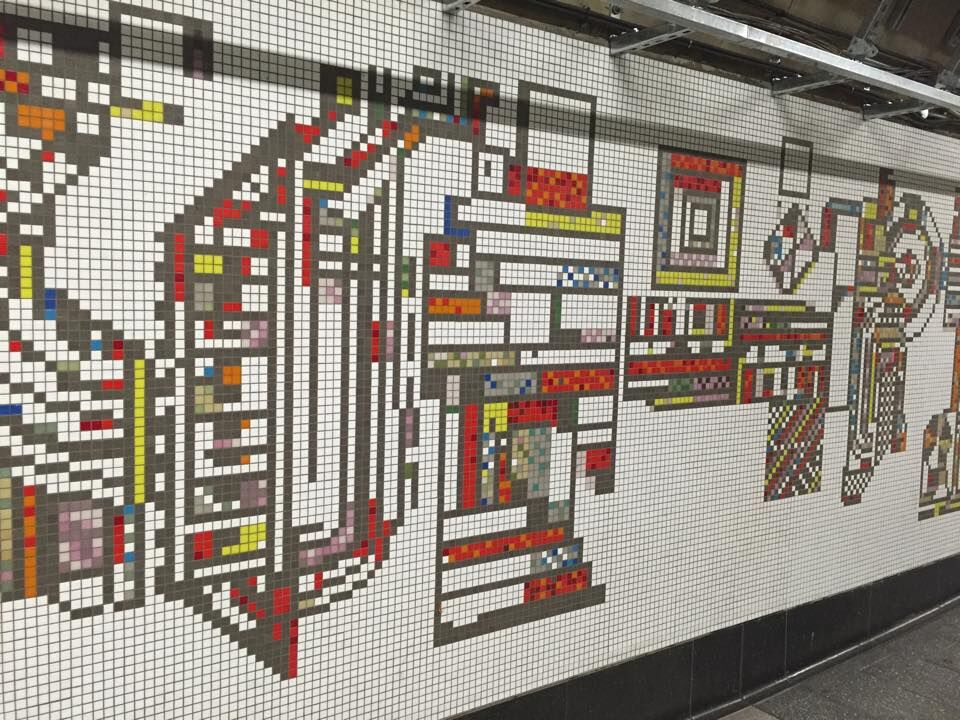 Churchill War Rooms
One of the most popular museums in London is the Churchill War Rooms Museum, a bunker and series of secret underground rooms at the basement of the New Public Office, behind Westminster, Houses of Parliament. This is where Churchill ran the country during the Second World War (and even lived). This museum is a fascinating insight into the British war efforts during WWII and into Churchill’s time as prime minister. Learn through documents, personal artefacts, interactive displays, and media about what life was like during the Blitz and years around the Second World War. 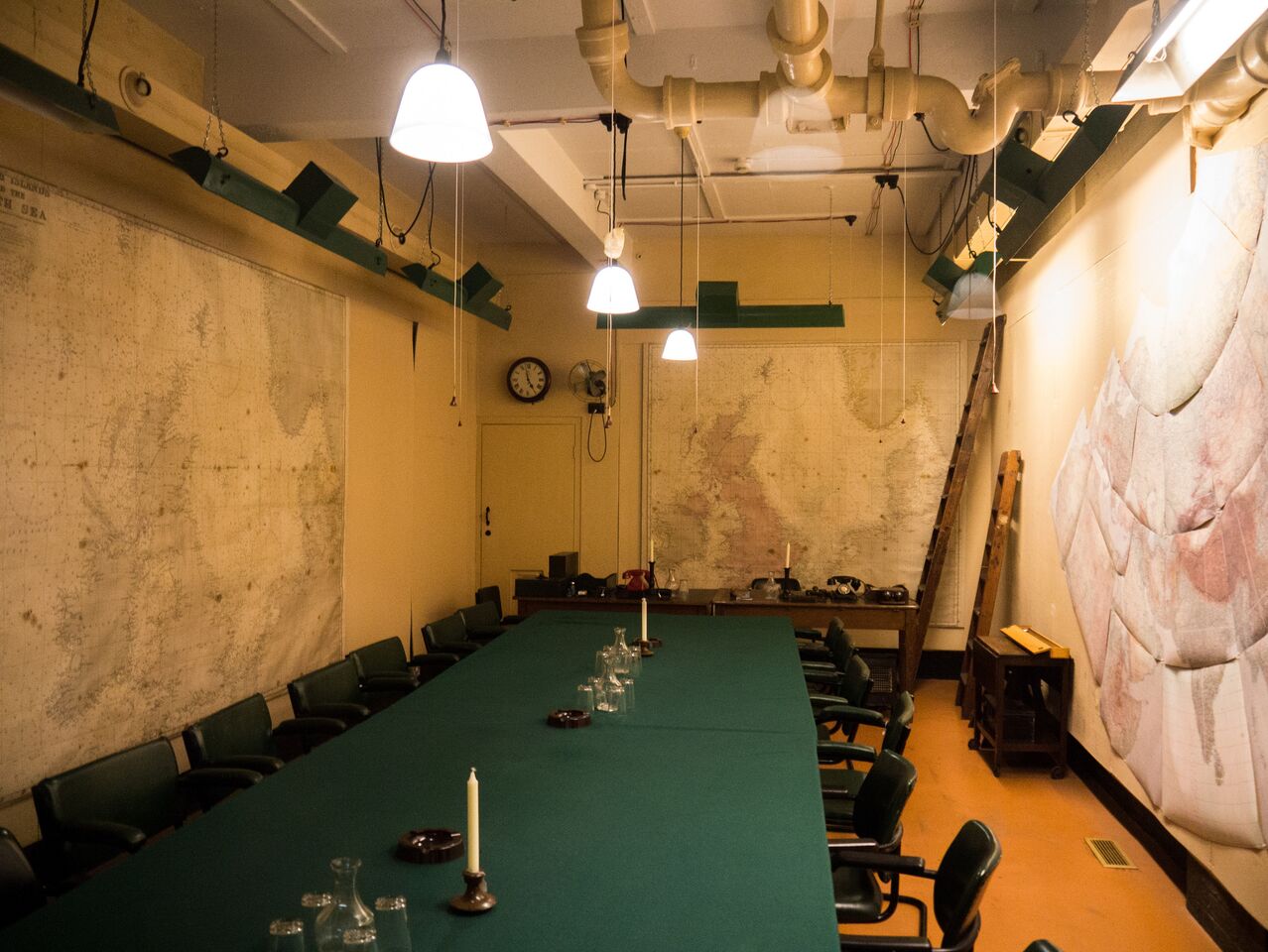 Chislehurst Caves
Just outside London, in Kent, are the Chislehurst Caves – 20 miles (32km) of passageways underground. These tunnels were used to mine flint and lime for thousands and thousands of years, back as far as the Druid and Roman times, and only stopped being mined in the 1830s. Today you can take a guided tour underground to explore these caves and learn about its history as one of the country’s most important natural resources. The caves were also used to store ammunition in the First World War and have been featured in recent episodes of Doctor Who. 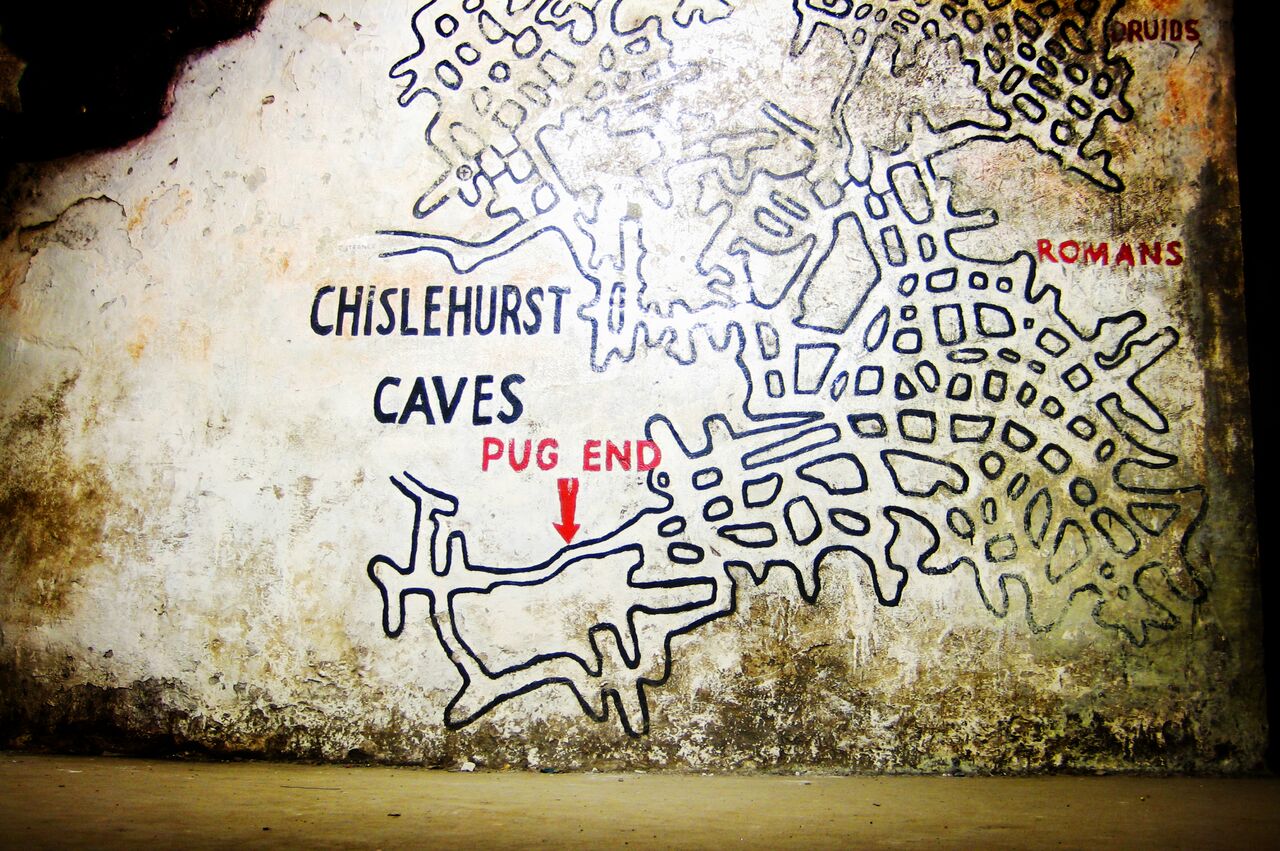 Leake Street
Leake Street, aka, Graffiti Tunnel, or Banksy Tunnel, can be found near Waterloo Station, south of the river. It’s considered the ‘hall of fame’ for graffiti and street artists, and everyone tries to vie for a place on the hallowed tunnel walls. Running 300m below the platforms at Waterloo Station, it’s been a site of graffiti artistry since Banksy’s ‘Cans Festival’ in 2008. It’s now open to pedestrians only so you can walk through the tunnel at leisure and admire the vibrant creations. 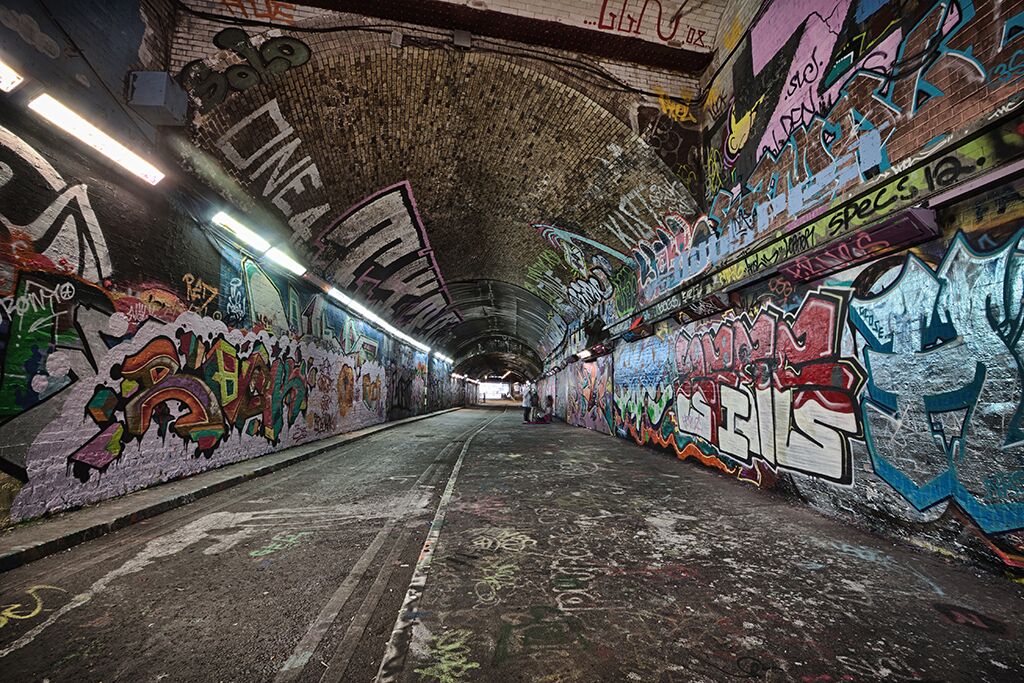 Gordon Wine Bar
You can’t miss a trip to Gordon’s Wine Bar during your time in London. Nestled just off Villiers Street on the way to Embankment, it’s London’s oldest wine cellar and can be found down a set of wooden steps which take you into a candle-lit, vaulted ceiling cellar. Before becoming Gordon’s Wine Bar as we know it, the building was home to the writer Samuel Pepys in the 1680s so it’s steeped in history. Now Gordon’s is a hotspot for local Londoners who seek out their range of wines and delicious cheese platters for an after work treat. It’s a fantastic location – especially in the winter when you get the full effect of the cosy candlelit setting and dark corners. 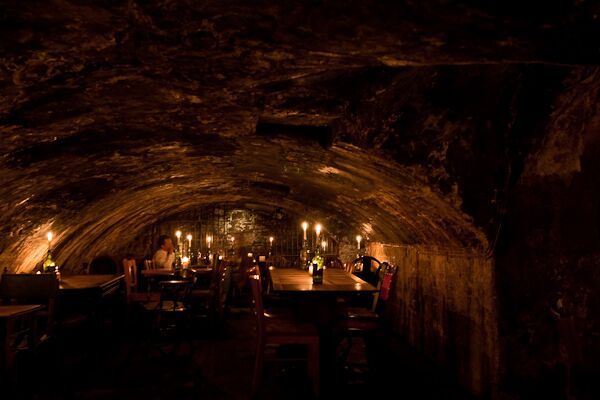 The Greenwich Tunnel
Ever thought you could walk beneath the Thames? It’s true, you can. This foot tunnel connects the Isle of Dogs in the North to the South, Greenwich. The tunnel opened in 1902 to allow for an alternative route to cross the river, as the ferry service was somewhat unreliable… If you fancy walking underneath the River Thames, the entrance to the Greenwich side is near the historic Cutty Sark, and the northern entrance is in a park called Island Gardens on the Isle of Dogs. It’s even open 24 hours a day thanks to being classified by law as a public highway. 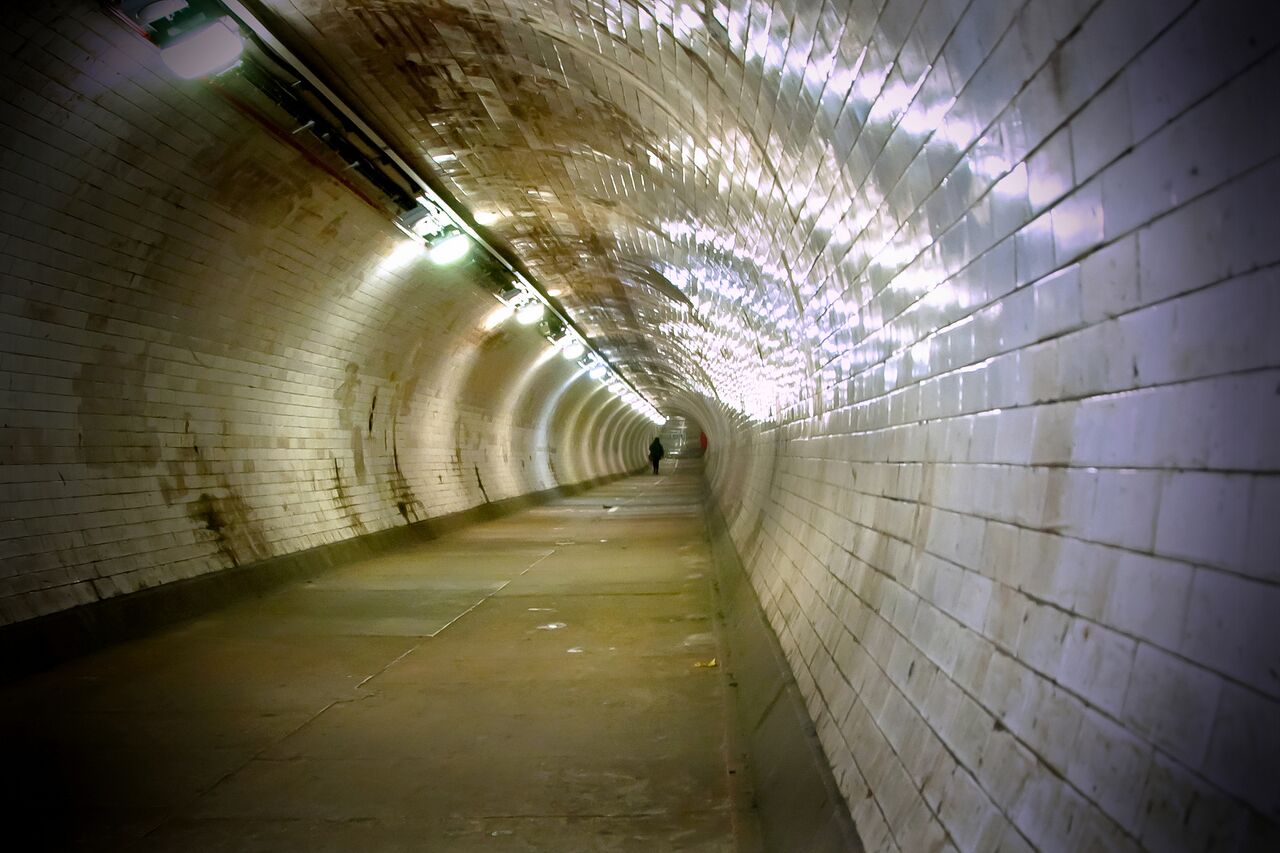 Camden Catacombs
As if you need another reason to visit the quirky borough of Camden; aside from the vintage market, Stables, and brilliant cultural diversity, Camden is also home to its own Catacombs. Underneath the Stables you’ll find a maze of passages, tunnels, and chambers running underneath the market stalls dating back to the 19th century. Although these catacombs are not open to the public, you can access them through an opening in Regent’s Canal known as the Dead Dog’s Hole – the only thing is you need a kayak or boat to get there. 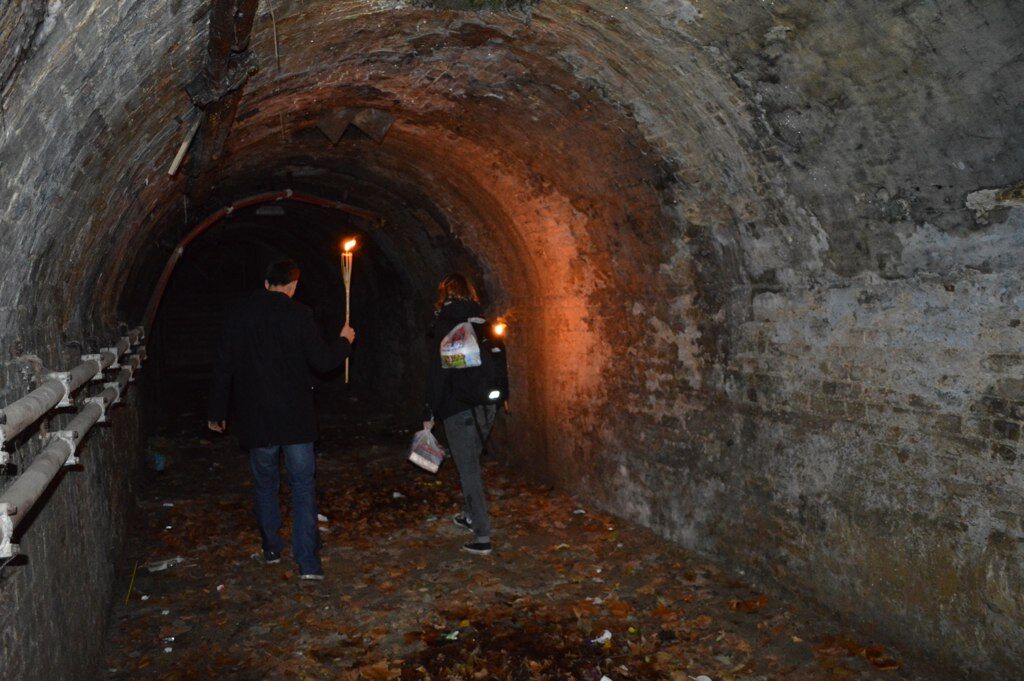