According to a recent study, the line between friend and foe is increasingly grey. Researchers from Tel Aviv University surveyed students from Israel, the U.S. and Europe and discovered that nearly 50 per cent of the people the participants called friends did not consider them to be pals as well.

A paper called “Are you your friends’ friend?” published in the PLOS ONE journal suggested that our friendships may not be as mutual as we assume.

The study explains that it is a common misconception that relationships are reciprocal by default, and that where one person refers to an individual as a “friend,” they expect them to return the label. 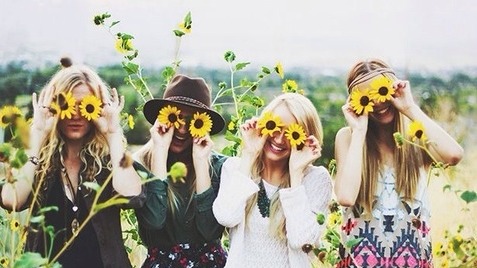 “In this paper, we show that the directionality of friendship ties affect the extent to which individuals can influence the behaviour of each other,” says the study.

“Moreover, we find that people are typically poor at perceiving the directionality of their friendship ties and that this can significantly limit their ability to engage in cooperative arrangements.”

That’s right, guys – not only do half our friends not like us, we’re completely oblivious to boot. (Though, if you’re smart, you don’t have to worry about any of this.)

So is this a case of Facebook imitating life? Are our “friends” actually mere acquaintances or simply Candy Crush and Farmville fodder? And more importantly, how do we know (other than the damned obvious) so we can get out of these nonreciprocal relationships?

First, “Social Embeddedness” – the extent to which social circles overlapped. The more mutual friends you have in common, the more likely you are to be friends.

But beware of the two-faced friends. The other sign was “Social Centrality,” which meant that, courtesy of a difference in social hierarchy, we may be punching above our weight when it comes to our non-reciprocal relationships.

Though we may yearn for friendships with higher status individuals and act in ways that assimilate companionship, it’s still not the real deal.

Sure, you used to party together back at college. But if your “friend” has been too busy to call you back since 2009, we suggest you take the hint.