Today’s Notable Young Professional is media maven Natasha Chandel, who’s currently developing her own brand in front of the camera on top of producing digital content for the Disney studio with the likes of James Franco and Morgan Spurlock. We caught up with her to find out what inspires her work and what advice she would share with other young professionals…

Describe what you do in less than 140 characters. Go.
By day I strategize, curate, and craft experiences around our digital content and original series at Maker Studios. By night, I produce, write and perform my own comedic stuff.

What was the inspiration for your career route?
I was bit by the acting bug quite unconsciously; playing characters is always something I did naturally as a child, since I was two years old. But my inspiration to move into a career path in television came from watching Oprah. I wanted to be her, to use television and mass media positively, to create shows that bring attention to ourselves in a creative, fun way.

What is the most memorable milestone in your career so far?
I’ve had several memorable moments from awards to nabbing some great interviews, but the two times I ever cried because of my achievements were smaller, humbling experiences for me: getting my first writing and producing credit for a historical documentary I worked on at 18 years old (it ended up winning two awards for Rogers Television and definitely put me on my path). And when I posted the first episode of my web series “Mumbai Chopra: Misadventures of an It Girl” on Youtube. I beat every odd to make that happen, especially when Youtube and web series were still not even close to a “thing,” and I did it on my own. I realized at that moment that I could do anything I put my mind to.

Where do you see yourself in 5 years, 10 years, 20 years?
Doing a lot! I see myself settled, happy, doing what I love, growing in my career and making a marked impact in our industry. Part of that definitely includes having my own show on TV.

Do you have any advice for other young professionals?
Stay out of your own way and head. That means take practical risks and don’t let your fears and doubts impede your growth. Not every hit you take is going to be a home run, but you have to keep swinging. Also, be really good at what you do. Don’t try to coast because there are a lot of people out there who really know what they’re doing and they will outpace you at some point unless you keep on top of your game.

Do you support any charities? If so, which one(s) and why is it (or they) important to you?
I advocate strongly in life for the “No R-Word” campaign by r-word.org, pledging to spread the word to end the use of the r-word. My childhood best friend, when I was six years old, happened to have Down Syndrome, but I had no idea. I thought she was the jam! But the other girls in our building didn’t feel the same way and wouldn’t let her play, though they wanted to play with me. That never sat well with me and I saw how much it hurt my friend’s feelings, so my rule was I play if she plays. They caved and eventually that gave her confidence and happiness and acceptance as she should have had in the beginning. Since that moment I can’t handle any mistreatment of individuals with intellectual and developmental disabilities. The”No R-Word” pledge is a small step we can take that makes a big impact.

What is one major challenge that you’ve had to overcome in your career? How did you overcome it?
Besides being my hardest critic, my biggest challenge was actually very logistical. I had the experience and the passion, but to make it in America I needed a visa to be able to work. I busted my butt, did the research, put together a 600-page application and spent my savings for my O-1 visa and got it. I had to do that three times; twice more for the visa, and finally for my Green Card. But I was committed and made it happen, even though I had MANY naysayers early on.

What does the word notable mean to you?
When I think “notable” I think “making moves.” I wouldn’t notice anyone if they weren’t moving. I also think “making a mark” – someone who leaves an imprint because of their being and doing. 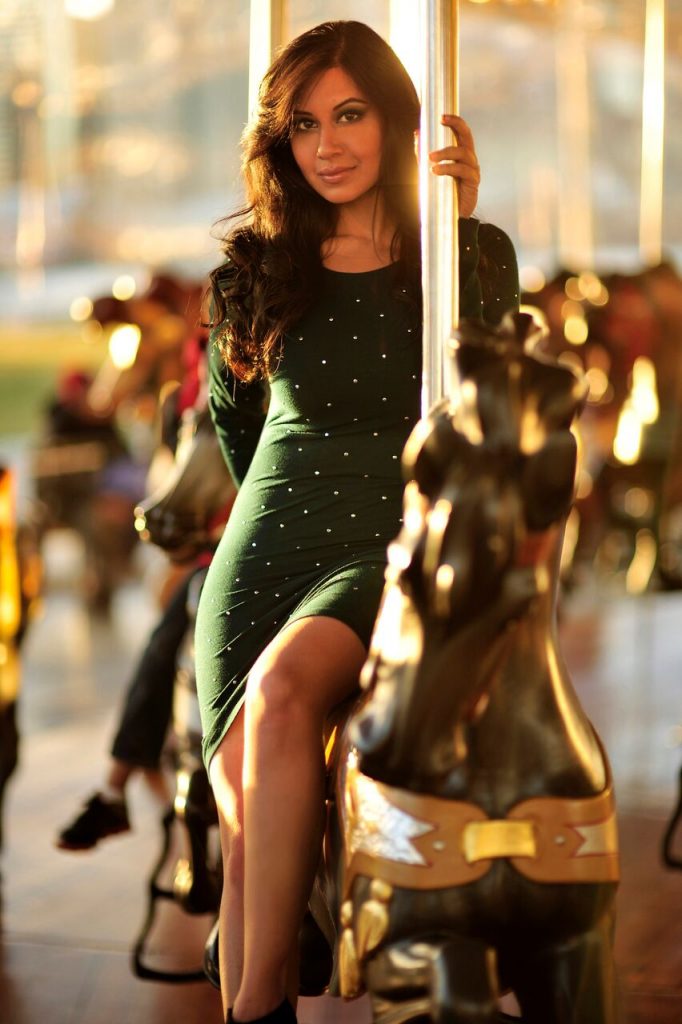 Where is your favourite place to wine/dine in your city and why?
When I was in NYC, I honestly LOVED diners. What can I say, I’m a sucker for breakfast at all hours. Plus I’m super simple at heart; I’ve never been for very hoity-toity places. In L.A., I love my neighborhood bars and sushi spots.

Who’s one person you think everyone should be following on social media?
I’m a big fan of Elite Daily … and Michelle Obama. I mean, #slay.

What’s your favourite country to visit and why? And what’s the next one you plan on travelling to?
My favorite country so far has been Italy – so rich in culture, so warm, beautiful art and architecture, pizza, gelato, I could go on forever. I’d love to go to Spain, Greece, Australia, back to Italy, ahhh so many to list!

What gives you the greatest FOMO?
I’ve battled some serious health issues over the years, and my greatest FOMO has come in those moments that I wasn’t healthy enough to push as hard as I wanted to get to where I wanted. That said, I believe I have been exactly where I needed to be when I was, so it’s all relative.

What’s your guiltiest pleasure?
“Keeping Up With The Kardashians.” I won’t say more.

And finally, what does success look like to you? Work, play, or otherwise…
To me, success is living a life that meets and exceeds your personal potential, always in a positive way; one where you are happy, fearless, constantly evolving, becoming better than the day before, loving, and making your dreams (whatever they may be) a reality.