With Comic-Con starting today, there have been a few notable leaks and teasers sent out over the last week or so by studios to drum up heated discussion and debate once conference room floors open up. Of course, during the four-day convention, there will be plenty more developments in the world of film, but for now, here are a few leaks that have people buzzing.

While we’re excited for the newest Spiderman film to be released next year, we can’t help but feel this teaser doesn’t do much to distinguish the retread of Spiderman’s beginnings from the first in the Tobey Maguire series. Thoughts?

The Dark Knight Rises Teaser Poster
Warner Brothers’ recent release of this cool new teaser poster for The Dark Knight Rises has fans of the new Batman series all hyped up. While it may not look like much, buzz is that there’s a metaphor to be found in the Batman symbol’s relation to the buildings. Can we expect another turn against Batman from the citizens of Gotham City? Will Gotham City finally crumble all around him as he’s helpless to stop the mayhem? Who knows…we’re just uber-excited that Anne Hathaway is playing Catwoman. The Dark Night Rises comes out next year. 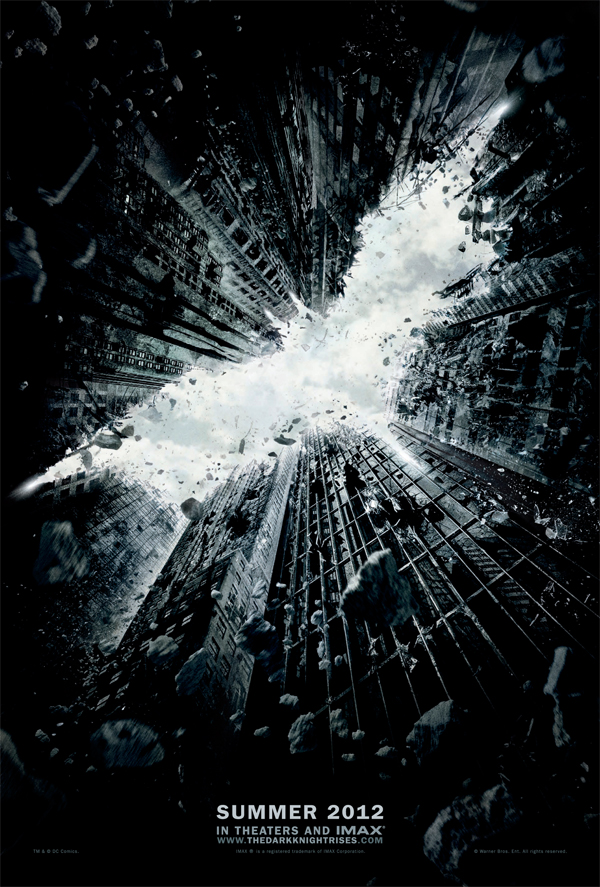 The Avengers Teaser Poster
Now this one really isn’t much to look at. The Avengers’ logo cropped and the word Assemble. Not to fear, teaser posters often are purely devices used to get people talking, not to give a real ‘tease’ into what we can expect. But Marvel’s film will certainly be big news at this year’s Comic-Con. There was a leaked trailer earlier this week, but the copyright holders wasted no time sharking the net and having the vids removed. The film’s star studded cast includes Samuel L. Jacson, Robert Downey Jr., Chris Hemsworth, Chris Evans, Mark Ruffalo, Scarlett Johansson, Jeremy Renner, Cobie Smulders, Tom Hiddleston, and Stellan Skarsgård. The Avengers hits theatres May 2012. 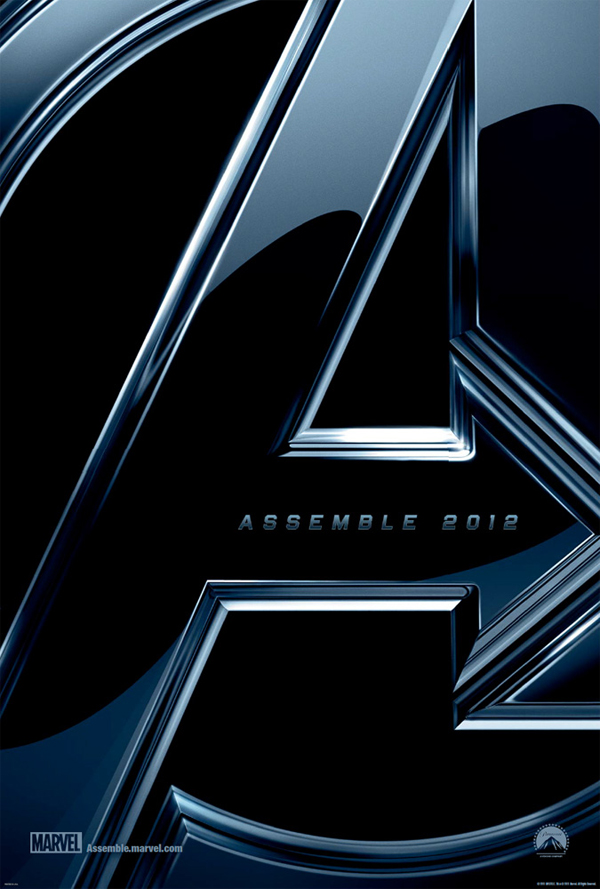