On Monday, Microsoft officially unveiled its premier retail store in New York City to hundreds of people who gathered to check out the new digs as much as they were to scoop up the the company’s highly anticipated, same-day-released Surface products (including their Surface Book – currently being touted as the MacBook killer).

The design can be most accurately described as Apple but kind of different because, let’s be honest, how many ways are there really to lay out an electronics store that efficiently displays thousands of products. Apple’s renowned flagship glass box sits just a few blocks away.

Microsoft’s space covers 22,000 square feet over five floors, two of which are committed to retail while the other three range in utility from employee breaks to event hosting. 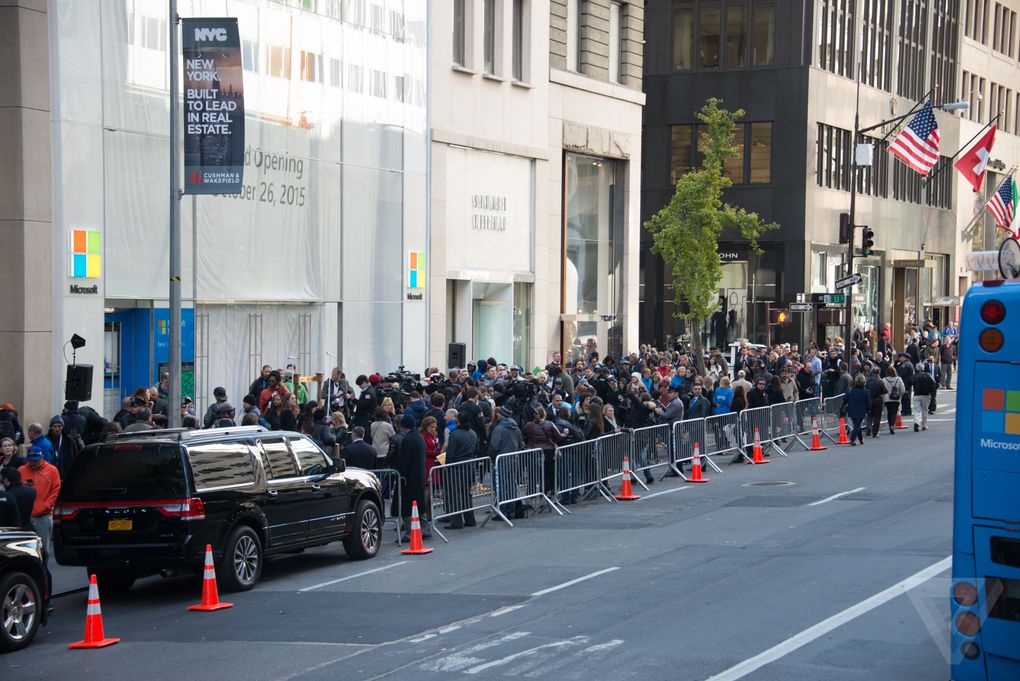 Other details include a two-story video tower, video walls throughout, an extensive Xbox section, an entire floor dedicated to all things Dell, and an Answer Desk, which is Microsoft’s version of the Apple Genius Bar.

According to Microsoft GM of Worldwide Marketing Kelly Soligon, Microsoft customers can have their devices serviced free of charge at the shop no matter where they were purchased. Forty-five of the store’s 160 employees will be on hand to assist customers at the Answer Desk.

“We wanted to be the best we could be before we came up on Fifth Avenue,” says Microsoft Corporate VP David Porter of the opening. “We know it’s a big stage, we know the world will be watching and we feel like we’re up for the opportunity. It’s gonna be fun.”