When he selected UFC Straw Weight Polyana Viana to rob, a would-be mugger in Brazil took on more than he bargained for in an attempted robbery that left him battered and bruised.

Viana told mixed martial arts website, MMAjunkie, that she was waiting for an Uber in the west end of Rio de Janeiro when a man claiming to have a gun approached her and told her to hand over her cellphone. “When he saw I saw him, he sat next to me. He asked me the time, I said it, and I saw he wasn’t going to leave. So I already moved to put my cell phone in my waist. And then he said, ‘Give me the phone. Don’t try to react, because I’m armed.’” This mugger picked the wrong five-foot-seven, 115-pound woman to mess with as Viana took matters into her own hands, “He was really close to me. So I thought, ‘If it’s a gun, he won’t have time to draw it.’ So I stood up. I threw two punches and a kick. He fell, then I caught him in a rear-naked choke. Then I sat him down in the same place we were before and said, ‘Now we’ll wait for the police.’”

Viana’s expertise with a rear-naked choke would have surprised this wannabe-thief, but not avid MMA fans. It was the very move she used in her UFC victory debut against Maia Stevenson on February 3rd, 2018.

Viana stated that the man did not attempt to counter her defence and accepted her calling the police, “because he was scared I was going to beat him up more.”  It was revealed that this robber was indeed armed – with a cardboard gun. Viana shared photos of the damage she had inflicted on him, one showing her calling police while holding the bloodied man’s hand behind his back as he sat passively. 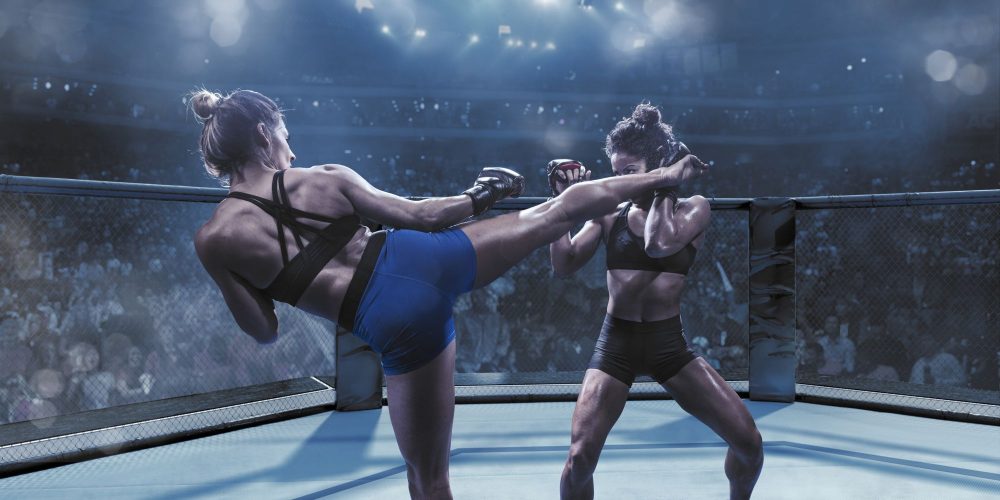 UFC president Dana White shared one of the photos on Instagram, accompanied by the hashtag @badf***ingidea.
Viana could not have been more impressive in her handling the attack. She later told MMAJunkie that after filing the police report she went home and made herself a well-deserved dinner. Otherwise unharmed, her hands hurt a little the following day, but it wasn’t anything she wasn’t used to.
Rio de Janeiro is one of the world’s most crime-ridden cities, with thousands of robberies reported every week. Viana, the current UFC Straw Weight, holds an impressive professional MMA record of ten wins and two losses.