Canadian architect Frank Gehry has always had a passion for sailing, and in 2008 he began pondering the idea of designing his own yacht.

With his expertise focused more on the aesthetic than the functional, he enlisted the help of developer Richard Cohen and Argentine naval architect Germán Frers to get his idea off the ground…and into the water.

He had just one request: “Don’t let me get too crazy.”

Last July, the trio’s masterpiece made its maiden voyage from Hyannis Port in Cape Cod. Crowds gathered to appreciate the vessel, which is decidedly Gehryesque. Once he decided that the yacht would be constructed primarily of wood, Cohen and Frers had their work cut out for them to make ensure it would actually float.

“I almost gave up hope the project would get done,” said Frers when he realized Gehry wouldn’t compromise on the wood, which adds weight without function.

As for the design inspiration, there’s a particular love that shines throughout. “On a boat like this, it’s about romance and romantic encounters,” says Gehry.

His first words aboard? “It works.” So very modest.

We’d be more than thrilled to travel the world on a yacht when we’re 86 years old, let alone design it. 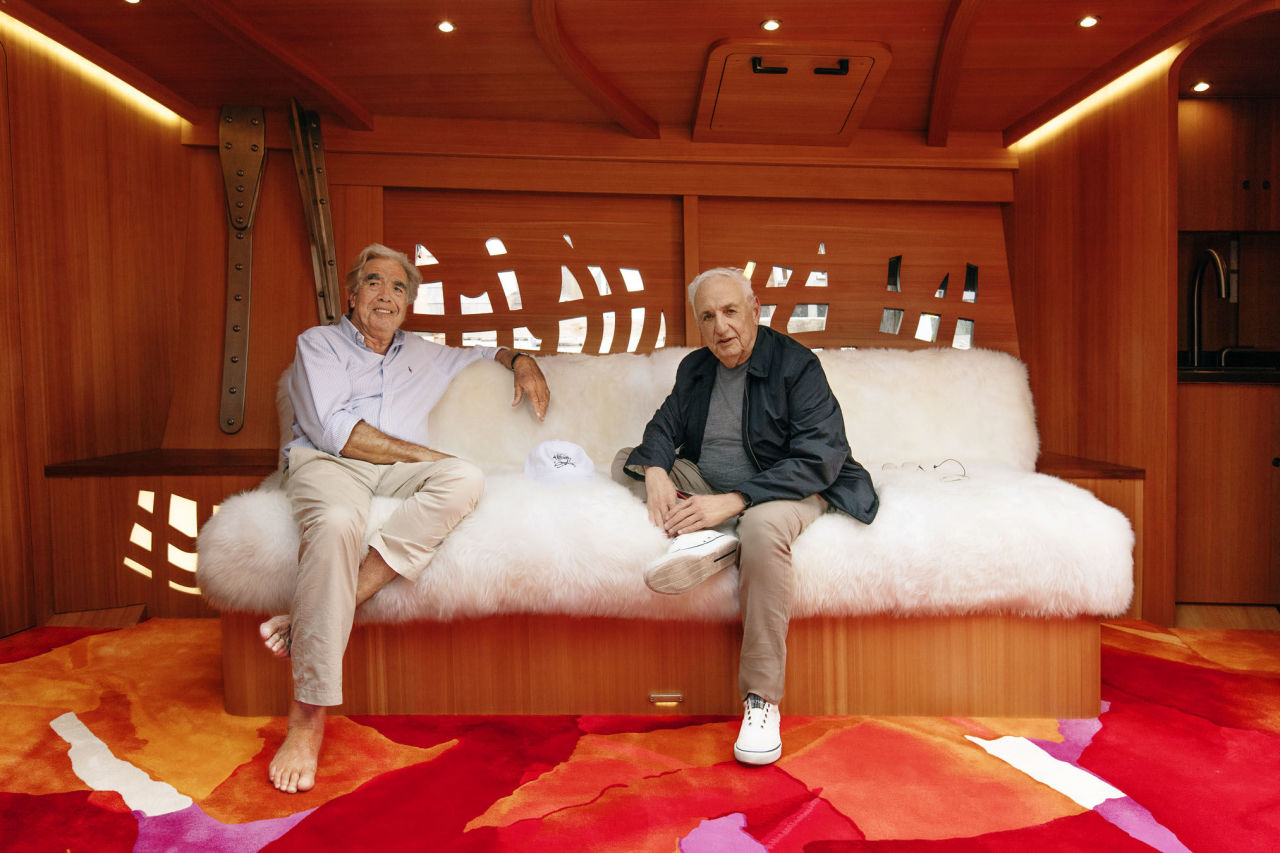 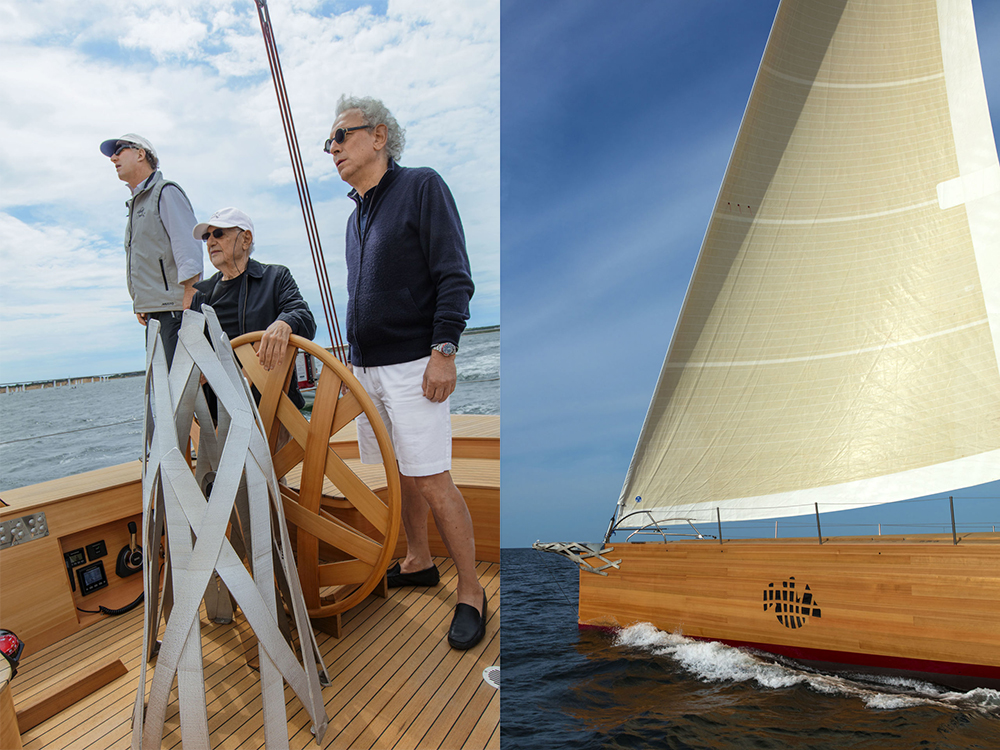 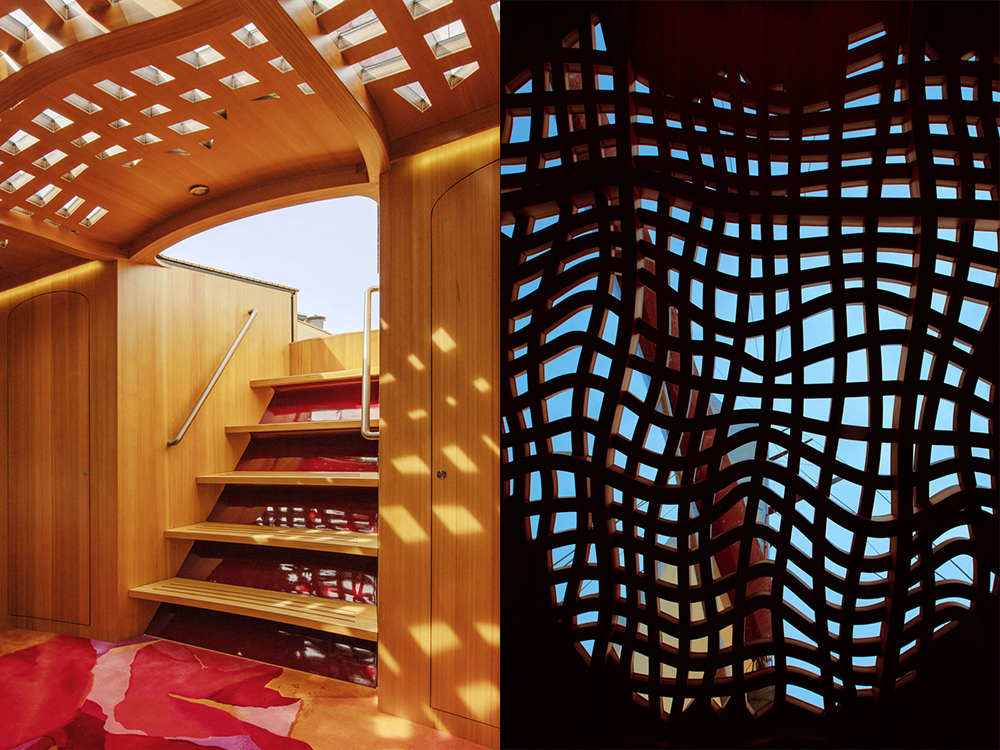