If names like Bobby Flay, José Andrés, Thomas Keller and Wolfgang Puck make you weak in the knees, then you’re a bona fide foodie who needs to get to Vegas — stat.

You don’t need to cough up $5,000 for a burger combo (although you can at Fleur) to dig into some of the best Las Vegas restaurants, but you’ll want to budget as you would for New York City or London and, since Las Vegas food is no joke, bring a pair of pants a size or two too big as you embark on this worthy journey.

We’ll start with the top three picks for breakfast, lunch and dinner and work our way up to some of the best bars in Vegas where you may even spot a celeb.

The best brunch in Las Vegas

While “brunch” in some cities has an across-the-board timeframe of about 11 a.m. to 3 p.m., brunch in Vegas throws away the rulebook and can be had at just about any hour. Keep in mind, however, that if you’re in search of a bottomless brunch — and you should be at least once during your stay — some restaurants may limit the offering to weekends only. 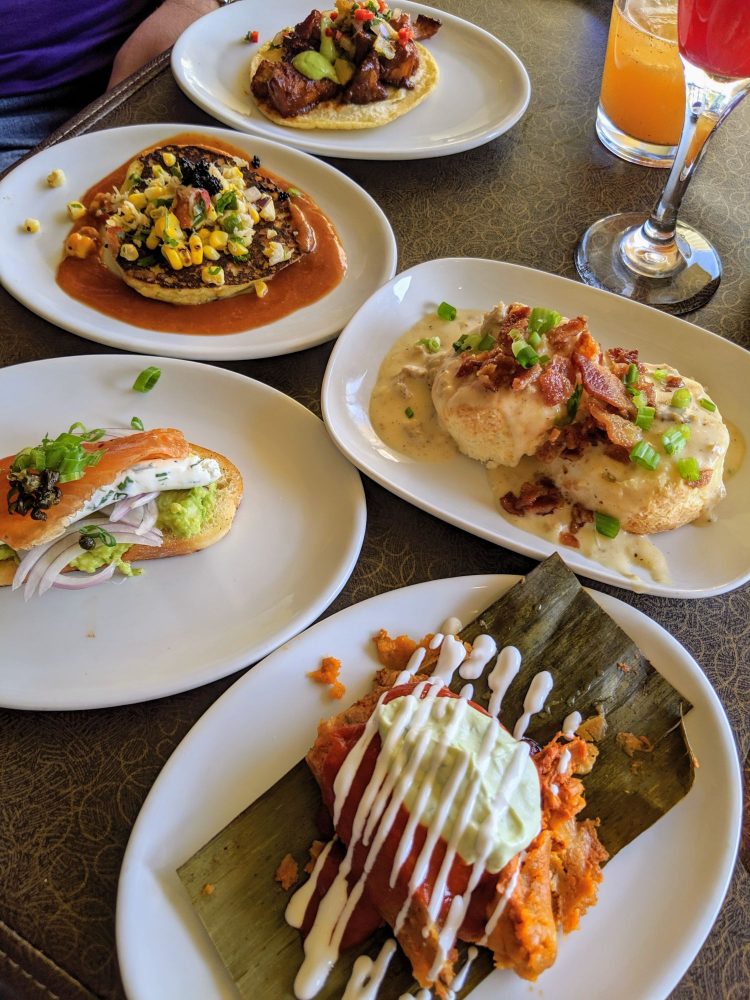 Make a break for the Border Grill

Where it is: Mandalay Bay

What to have: The Border Brunch with bottomless (all-you-can-drink!) mimosas or micheladas. Wear yoga pants and try all 16 sharing plates, but especially the yuca bravas, Peruvian shrimp & grits, diablo fried chicken and lobster cachapas

Where it is: Venezia Tower at The Venetian

What to have:  An almond croissant, which is big enough for breakfast on its own, or try the Poulet et des Gaufres — a 16-hour slow-roasted chicken with savoury waffles.

Where it is: The Wynn

What to have: Start with the bircher muesli so you can pretend to be healthy, then dive into the fresh-cut bacon carved before your eyes into thick slices, pork dumplings, egg tostadas, mac & cheese, and meatloaf. Finish with anything from the gelato wheel.

Where to have lunch in Las Vegas

For those of you taking this eating crusade seriously, focus your efforts on breakfast and dinner and either keep lunch casual or skip it altogether and consider these suggestions for a midnight snack instead. That said, some of the best places to eat in Las Vegas can be more affordable at lunch so if your wallet’s crying a little, maybe go cheap and cheerful on dinner once in a while and indulge in a lavish lunch. 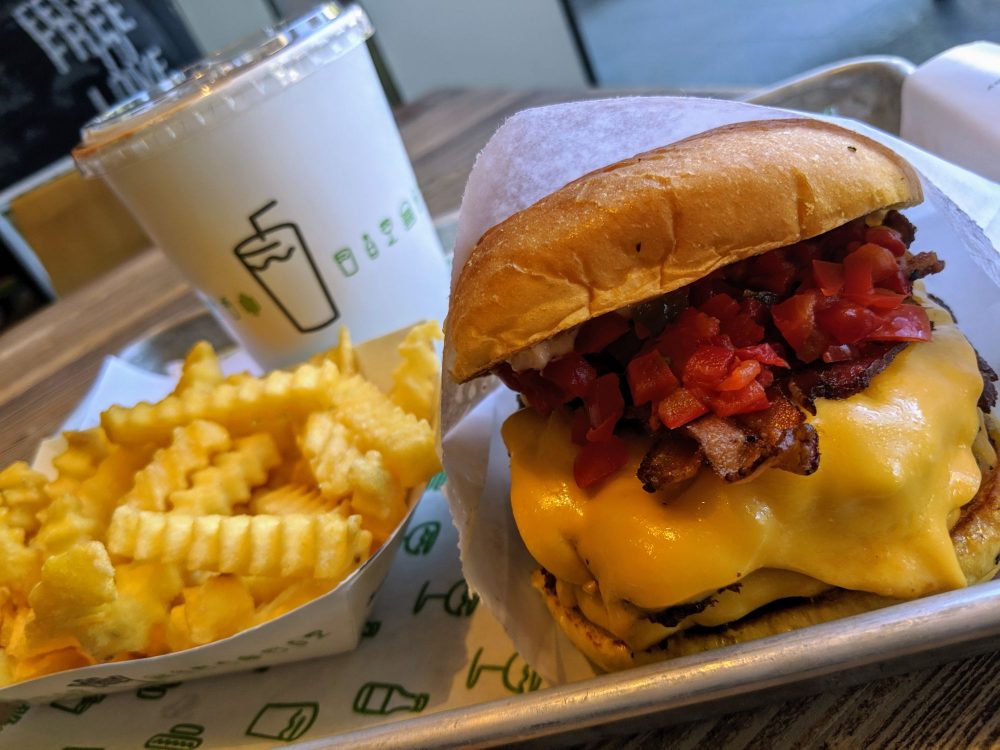 Shake Shack it up

Where it is: New York New York

What to have: A SmokeShack burger with crinkle-cut fries, followed by the chocolate handspun frozen custard is a drink and dessert all in one.

What to have: The Wagyu cocktail — a sweet Old Fashioned alternative made with Japanese whisky washed in wagyu. Order the Divine pork belly buns alongside the LIMA and NEO TOKYO rolls. 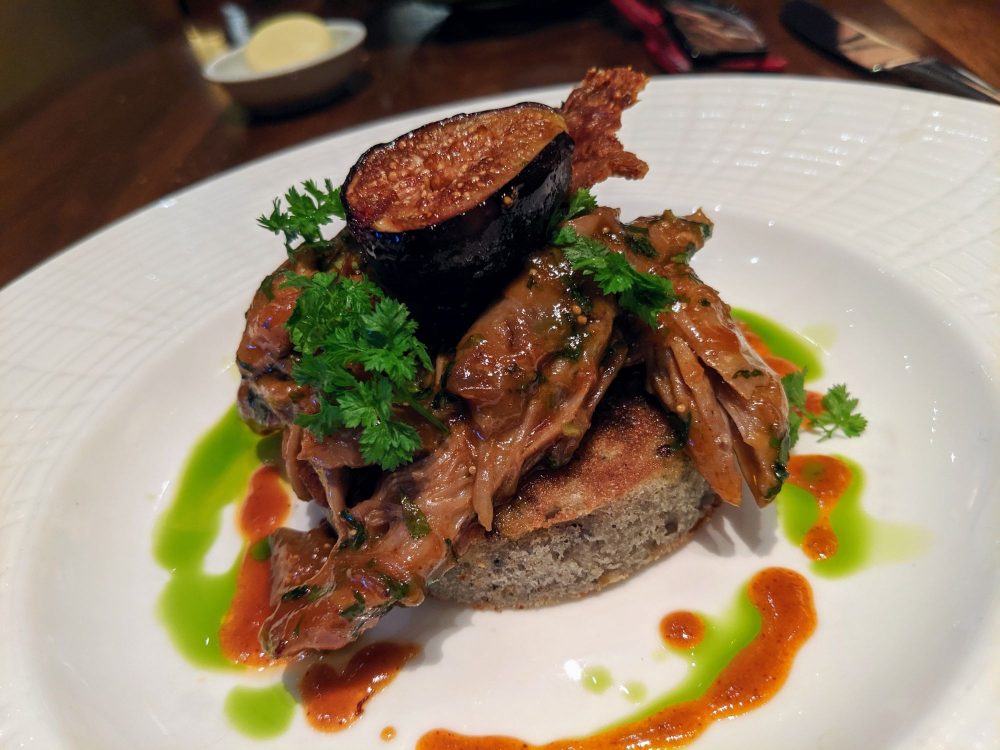 Where it is: Caesars Palace

What to have: A custom margarita alongside The Red Chile BBQ duck — the right combination of sweet, smoky and spicy.

Las Vegas restaurants are notorious for OTT publicity stunts (like that $5k burger), but there are also restaurants that make tableside presentation look like an art rather than a gimmick.

Bazaar Meat will put on a show

Where it is: Sahara (off The Strip, and worth the trek)

What to have: The LN2 Frozen Caipirinha is prepared tableside with liquid nitrogen — it’s the best Instagram Story waiting to happen. Order the cotton candy foie gras; have video rolling when the super-giant pork-skin chicaharrón arrives at your table on its own cart with a hammer; and trust your server when she suggests the buttered potato purée 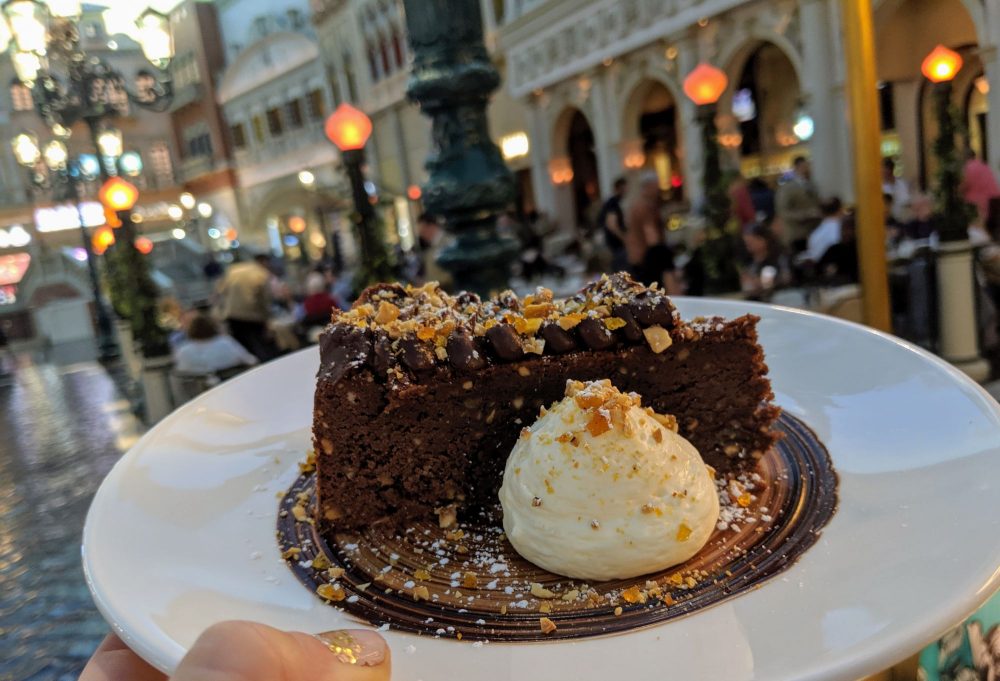 Where it is: St. Mark’s Square in The Venetian

What to have: Start with the crostino mushroom toast before inhaling the coppia pizza. Make sure you end with the chocolate hazelnut almond flour cake.

What to have: Apps that are dressed to impress include the Hokkaido scallop crudo, roasted bone marrow and maple-glazed pork belly.  Among the very best of The Palazzo restaurants, CUT is all about steak and the American Wagyu rib eye may become your new BFF (add the red wine Bordelaise sauce and a side of the mac and cheese). 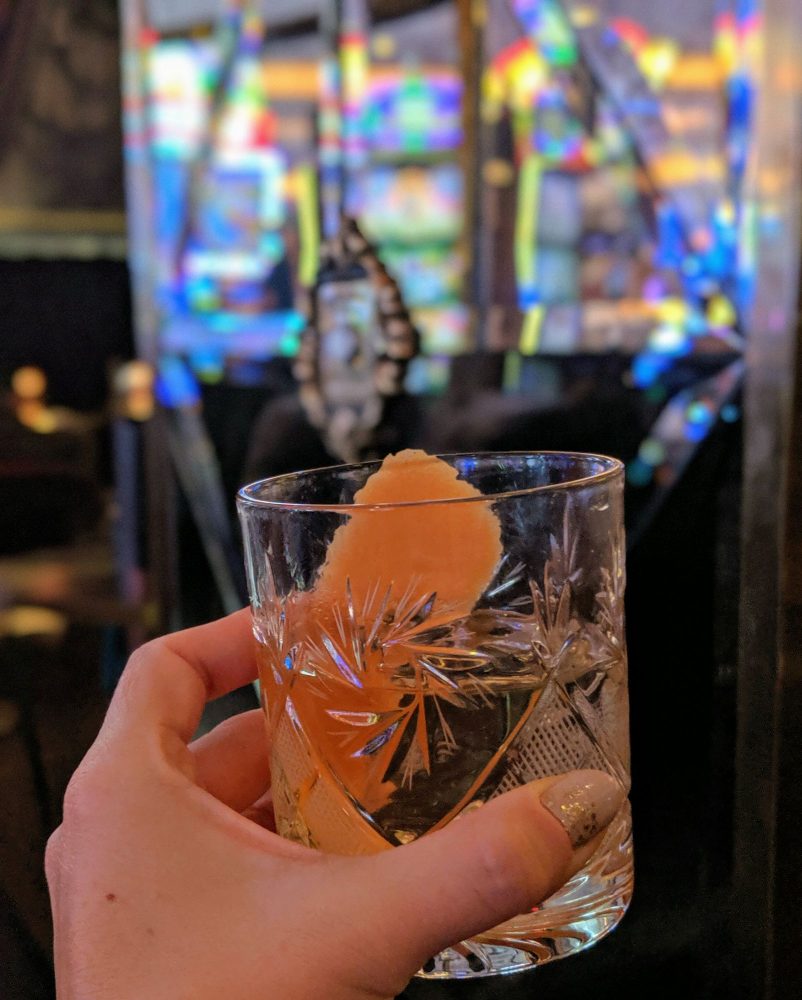 What to have:  If Champagne is your calling, you’re in luck — each table has a “Champagne Call Button”. Ask for the secret menus and hope that the Oaxacan Old Fashioned and Firing Squad Royale are still on them.

Where it is: The Venetian

What to have: Anything, because you can’t go wrong with any of the artisan cocktails bartender Sam Ross has created. With that said, the Coconut White Russian, Red Hot Fox, Spicy Flamingo and Penicillin are mind-blowing.

Where it is: Caesar’s Palace

One final Pro Tip: make reservations. It’s not uncommon for some of the best restaurants in Las Vegas to book up weeks and months in advance. We failed to get into Hell’s Kitchen for dinner even two weeks ahead of time, for example. It’s also not uncommon to be offered a dinner reservation at 11 p.m., so be prepared to eat like a European well into the night if you have your heart set on specific Las Vegas restaurants.

Heading to Vegas with your partner? Here’s an exhaustive list of things to do in Las Vegas for couples that you’ll want to bookmark.