We have a whole new appreciation for Kate Spade.

In a genius move, the company has introduced a new line of handbags that will actually charge your phone for you.

Joining forces with startup Everpurse, the collection – which debuts in September – will feature clutches, totes, and even backpacks. A fully charged Kate Spade Everpurse should last for two days for a typical iPhone user.

The bags are able to charge iPhones, including all models from iPhone 5 through the iPhone 6 Plus. This is thanks to a charging mat on which the phones rest, which sends energy wirelessly into a battery inside

The pieces are expected to retail between $198 to $698 and will be sold at Kate Spade New York stores, Kate Spade online, Nordstrom, and Everpurse.com.

All we have to say is that wearable tech has never looked so good. 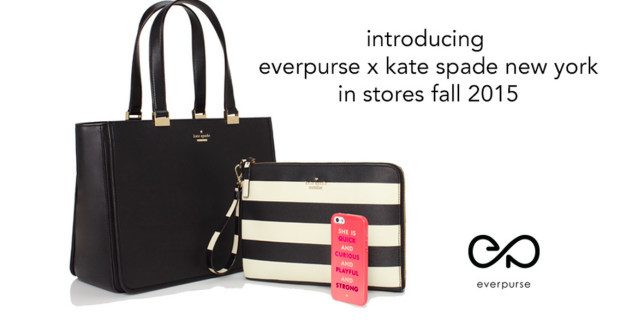