Toronto retailer Nomad (819 Queen St W) has teamed up with Justin Bieber to host a ‘Purpose Tour’ pop-up shop later today. Not many details have been revealed other than that there will be exclusive tour merchandise up for grabs. And based on what we’ve seen this includes merch inspired by vintage concert tees and today’s skate and street cultures that will range from $30-$360.

The pop-up shop will be open May 18th and 19th from 11am-7 pm, so you better get their fast…there’s probably a line forming as you read this.

Since the Biebs showed up at his New York pop-up in SoHo two weeks ago, there’s a pretty strong chance he’ll do the same in Toronto. So make sure to bring a pen and a piece of your flesh you want signed.

If you can’t make it out to the shop just keep an eye on Queen West or around the Air Canada Centre where his concert will be held tonight and tomorrow – we have a feeling he might make an appearance at some point today.

It is his home and native land, after all. 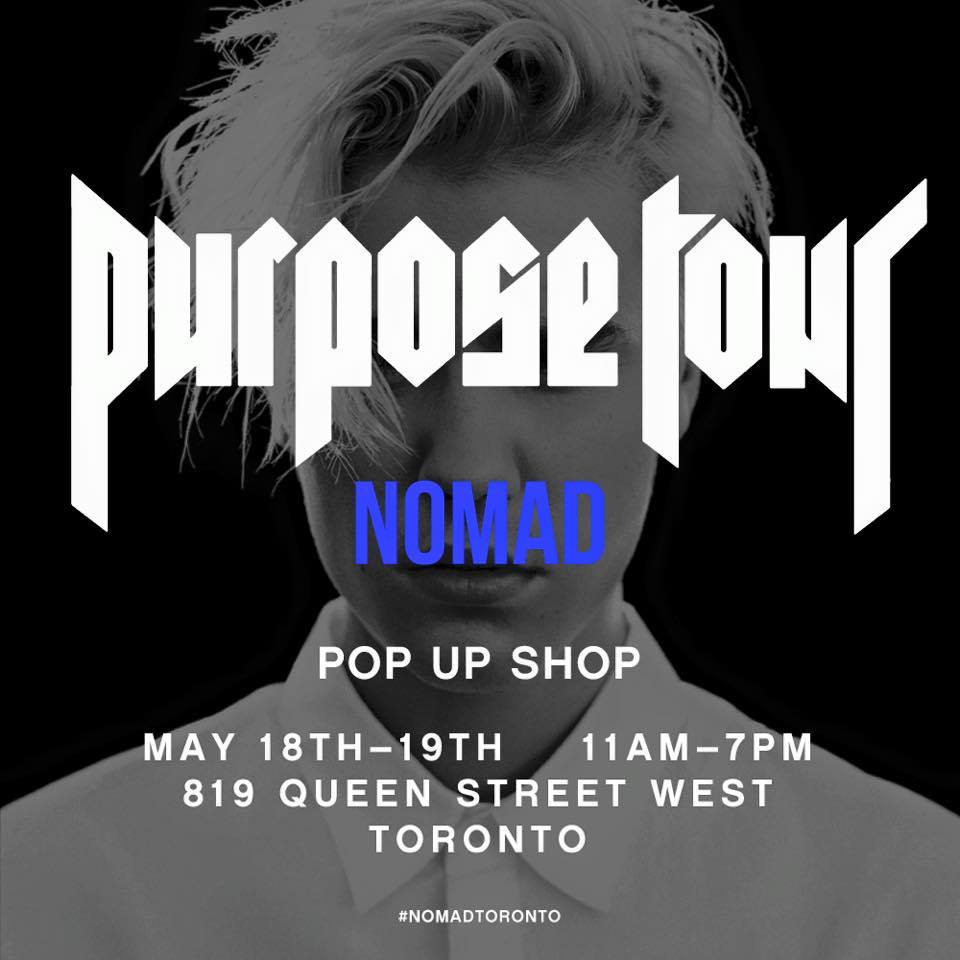