We really don’t have to tell you that the entire country has jumped on the Blue Jays bandwagon.

As we reveal in the nostalgia of the Jays’ back-to-back World Series wins in ’92 and ’93, the pride and positive energy in Toronto couldn’t be higher right now.

Nor could the Jays-related social media activity.

Everyone’s newsfeed has been a lot more blue as of late – so much so that the Jays’ #ComeTogether hashtag trended No. 1 worldwide on Twitter on Wednesday night after their unforgettable win against the Texas Rangers.

That’s right, the boys in blue were the #1 topic IN THE WORLD. 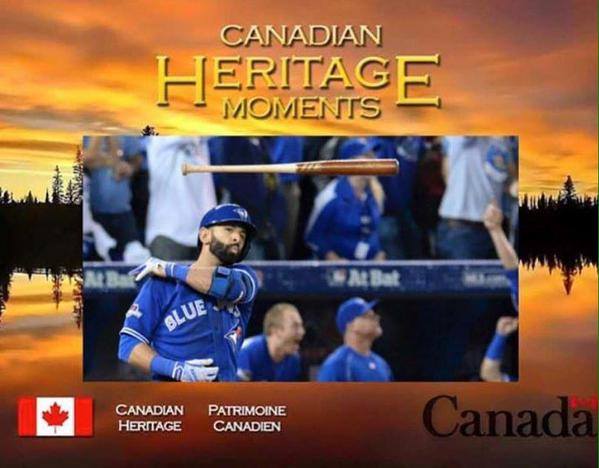 #ComeTogether made the individual top trend list in 39 countries and 179 cities around the globe from Monday’s Game 4 win in Texas, through to Wednesday’s game-changing Game 5 victory. This saw the official Blue Jays Twitter account surpass the beloved Maple Leafs as Canada’s most followed professional sports team.

Let that sink in for a moment.

As well, the Blue Jays are now the third most followed team in MLB, behind only the New York Yankees and Boston Red Sox.

Not surprisingly, Game 5 hero Jose Bautista (now known as Lord of the North) earned the most mentions of any other player during Wednesday’s game, with over 180,000 tweets about him.

As the Jays advance to the American League Championship Series tonight, we can expect to see a lot more of the Blue Jays in our newsfeed along, of course, with the accompanying hashtag, as we #ComeTogether in our journey to victory.