This article originally appeared on cbc.ca as part of the #FinanicallyUnfiltered series.

Saving money. Where did this poor idea go to die?

It seems to me that the notion of putting a penny away no longer exists.  Why is it that our generation seems to spend two instead of save one?  One dollar for you, one dollar for me…so that I can safeguard my future.  So that if things ever went south, I won’t starve. So that if I decided to quit my job and take the grenade laden path of starting my own business, I can.   Most of you probably read that a little louder, “yes, follow your dreams, now that’s something I can understand!” Recap: Save money = Ha? Follow dreams = Got it!

In a world full of “YOLO’s” and “life’s too short’s”, it’s no wonder we’re feeling the itch to dramatically abandon the status quo and trek a new path.  Unfortunately, as our mama’s once told us, money doesn’t grow on trees.  Not yet, anyway.  So, in order to dream big, we need cash.  RRSPs and TFSAs, it may all seem foreign (my bad, I promise that’s the last we’ll hear of those acronyms). Maybe even useless. Like we’re putting our dollar bills into some dark and dingy hole, only for it to reappear years later.  But smartly investing your hard-earned dollar is not only wise, it also offers you freedom.  Freedom to travel. Freedom to buy your first home. Freedom to change careers.

Enter me.  Currently, knee deep on that grenade-laden path of entrepreneurship.  I started my jewelry line, C.J.ROCKER almost three years ago. I simply could not find the necklace that I designed in my head in any retail store.  And so, I combined my love of fashion with my desire to give back.  C.J.ROCKER has proudly raised over $28,000 to rescue and support survivors of sex trafficking both locally and globally.

A little about how C.J.ROCKER came to be. Spoiler alert: it required that cash money.

I lived my Marketing 9-5 life for twelve years before one day, I got an idea.  An idea that some thought was just dumb.  I had completed enough self-development work to know that once you catch a whiff of that Big Magic,  you don’t let it go.  And so, I grappled my idea and held on for dear life.  I looked at my bank statements.  I made some calculations.  I was happy to report that I could take the start-up plunge without the threat of homelessness or malnourishment settling in.

I had always been good with money.  That doesn’t mean I don’t like shiny things.  Early on, I got vacuum sucked into the monarchy of materialism.  Yet, my rule was only to spend one third of my yearly net income.  The other two, I invested.  Little by little, my nest of dollars grew.  I did it by becoming financially literate.  I read up on the economy.  I learned how to buy and sell stocks.  I followed the markets and world economies. If your eyes just glazed over, it gets better, I promise.  Because what if all that could be done for you?  See, better already! Answer a few simple questions and suddenly you’ve got a team of professionals whose sole job is watching your financial back.  Score!

RBC’s new platform, InvestEase® has completely changed the way I invest.  No longer do I slave over analyst predictions or charts.  Or have monthly appointments with my financial advisor (#sorrynotsorry, Mike).  To be honest, it seemed too good to be true. Think about that giant Swedish company that furnished our dorm rooms and filled our tummies with their meatballs.   Remember one of their commercials, where happy shoppers run out thinking the cashier made a mistake?  It wasn’t a mistake with them and it’s not a mistake with RBC.   I’m now one of those oldies that say, “In my day kids, we had to do it ourselves.”  And although I’m throwing a wee bit of shade at the fact that it’s so much easier for the next generation of investors, I’m relieved that a tool like this now exists for Canadians. It’s changed the game.

The honest truth is that if I hadn’t been smart with my money, C.J.ROCKER may have simply been a passing thought. Money has taken on a new meaning for me, my business trumps any thousand-dollar logos.

I believe everyone should take control of their finances. With the Canadian debt levels being what they are, it’s time for us to get smarter with our money. And as you watch your dollars multiple with RBC’s InvestEase®, I humbly leave you with this thought. The world could you some more love. Make more so you can give more, my friends. I wish you happy investing.

Click here to Get #FinanciallyUnfiltered and tell CBC about your relationship with money. Ten chosen stories will be rewarded with $200. 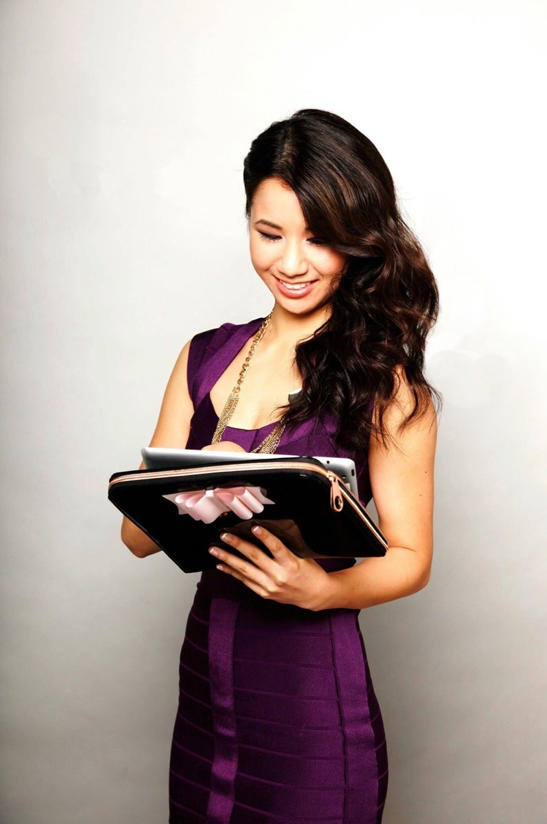 The services provided by RBC InvestEase are only available in Canada. If you are not currently a resident in Canada, you should not access the information available through this digital service