Last year, satire site The Beaverton found that ‘Canada ranked number 1 on a list of countries that care the most about international rankings’.

It is therefore our duty to present you with the latest and greatest ranking in which Canada can declare itself world champion. (If the Toronto Raptors can use that term in a league of two countries, we can use it in a ranking that considered only 25 contenders).

Our latest victory comes via an Ipsos poll which asked 18,000 respondents across 25 countries about which country they think has the most positive influence globally.

According to the citizens’ esteemed opinions, 81% believe Canada has a positive influence on world affairs today. Canada, the European Union, and New Zealand are the only countries (and unions) that did not see their reputation tumble since 2016. 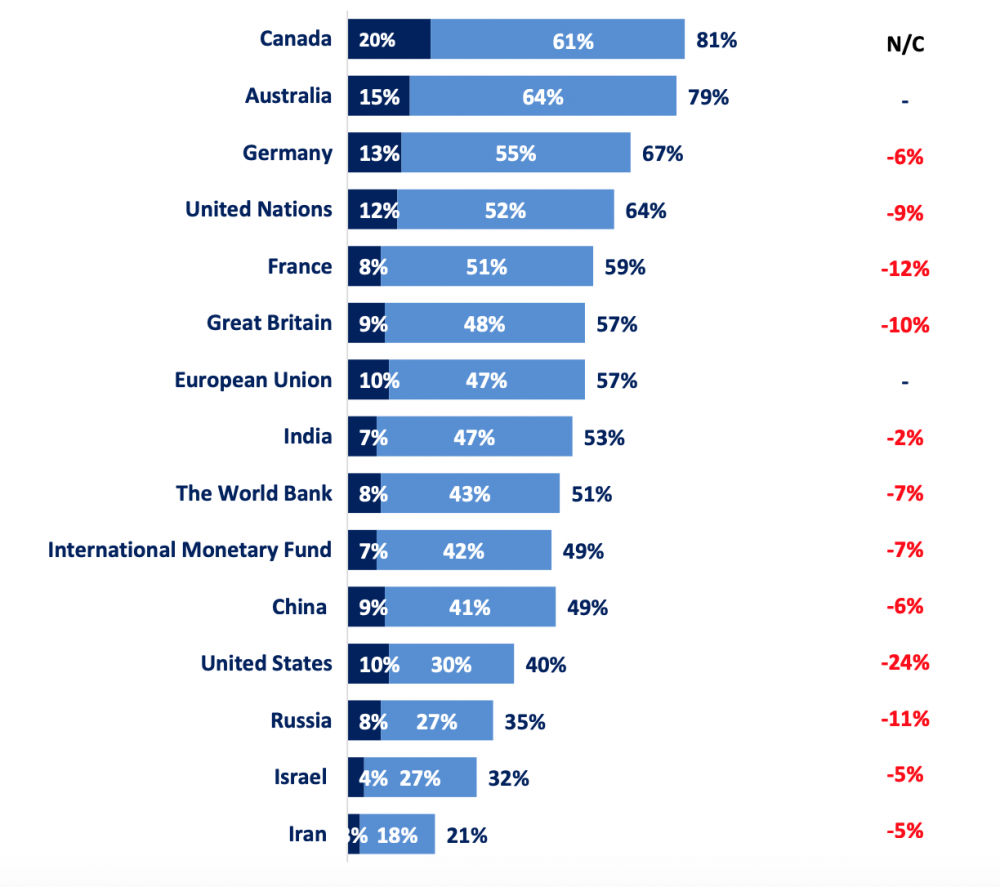 Our neighbours to the South, meanwhile, took a huge hit since three years ago. Almost a quarter fewer people believe that the United States has a positive influence on the world compared to the pre-Trump era.

Another finding from the poll revealed that pretty much everyone thinks we are living in a hellscape. An overwhelming majority (86%) of respondents agree that over the last year the world became more dangerous. This is especially true among citizens in Brazil, whose recently elected leader has expressed very pro-killing people beliefs, and geographically unfortunate South Korea.

In an unrelated ranking, Canada’s wireless data pricing defended its title as the worst in the world.