Mark Zuckerberg recently revealed to the world that within five years Facebook will be mostly videos.

And given that Facebook bought Instagram in 2012, we should in no way be surprised to see a trend toward videos on what was traditionally a photo-sharing app – having recently announced it will be rolling out an increased video length from a measly 15 seconds to a full one minute.

And now, Instagram has announced a new look for Explore on their blog, featuring personalized video channels that provide you with a customized feed based on topics that might appeal to you. 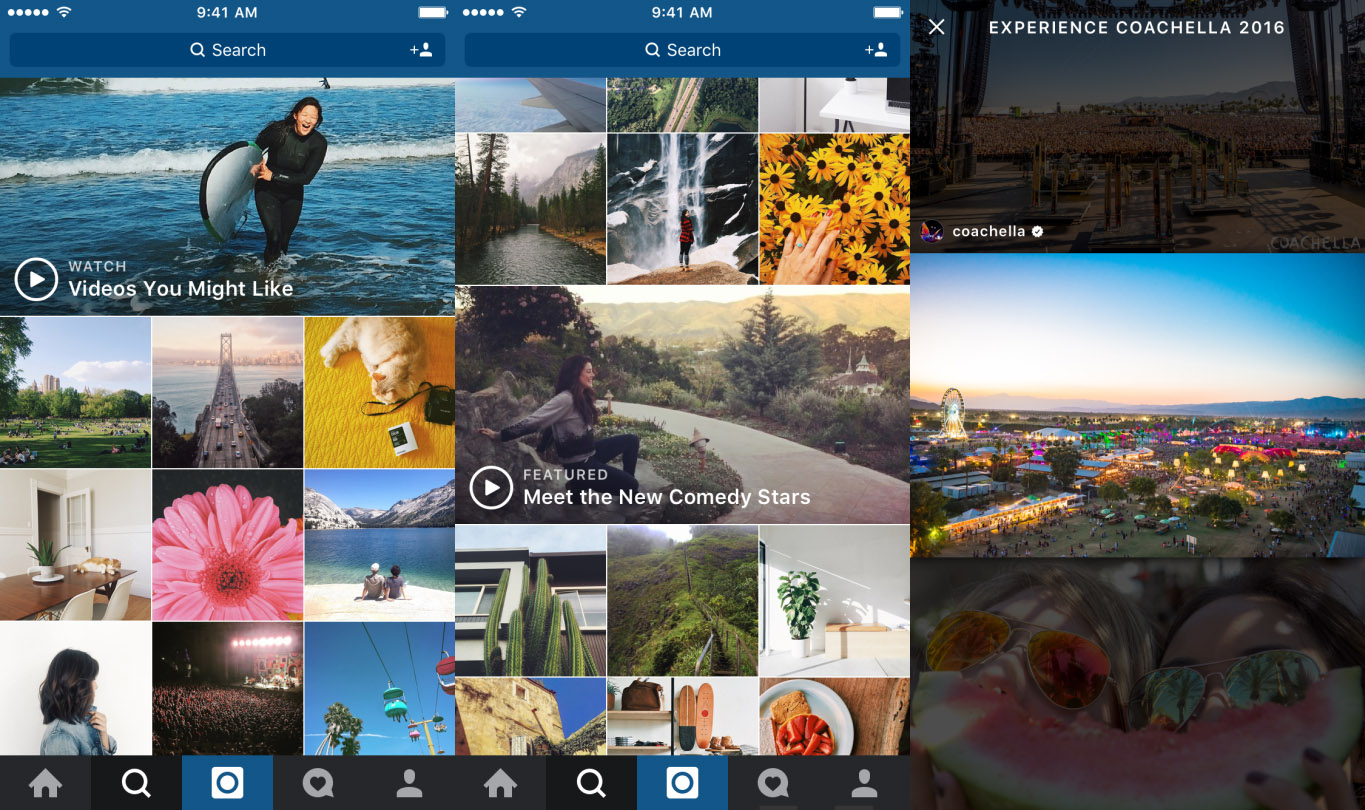 But it’s not just Facebook that Instagram is seemingly trying to emulate. If imitation is the sincerest form of flattery, then Snapchat has a new admirer. Videos on the Explore page will play videos one after the other when clicked, which is similar to the auto-advance feature that Snapchat recently introduced whereby the next Story will automatically play to encourage lean-back watching.

And since Instagram is also moving away from the chronological order, like Facebook, they needed a way to avoid annoying the sh*t out of all of us by shoving videos in our faces – and our news feeds.

To achieve this, they’ve revamped the Explore page, which features lots of new video channels that curate the stuff they think you might be interested in without incurring the inevitable wrath of users who have an if-it-ain’t-broke-don’t-fix-it outlook on all these changes to our Instagram feeds.

There will be a personalised channel called “Videos You Might Like” that collects videos from “across Instagram’s global community into a seamless viewing experience.” This will come up in a grid, and when you peruse it you’ll find “Featured” channels that have videos on specific topics.

Posts about your interests – cooking, comedy or Coachella for example – will be shown from people you don’t follow yet, and the more you like, the better Explore will get at knowing what you want to see. Or tap “See Fewer Posts Like These” to avoid future suggestions for the things that don’t interest you.

Whatever your feelings about all this, videos aren’t going anywhere – so stop fighting it and start co-operating with Instagram if you want a feed that doesn’t drive you completely insane.

Or, just give it up altogether.