Up until a few years ago, 32-year-old Brooke Robinson was just like any other millennial living her life to the fullest.

She had done a lot before the age of 30: graduated from the University of Western Ontario, taken a year off and backpacked through Europe solo, completed a post-grad in public relations at Humber College followed by an internship in Australia, and went on to work in communications at Sunlife and itravel in Toronto. She then moved on to Mindshare, where she remains the director of social strategy.

Last year, however, Robinson’s world was altered with a multiple sclerosis (MS) diagnosis – but that doesn’t mean her life stopped. She may walk with a cane, but Robinson carries on like she did before with a pro-active approach and a perpetual ‘yes mentality’.

“In the articles I read about people with MS and people I know with it, it seems people go one of two ways. They either get reclusive with life and work, or they keep going about their day and try to live as normal of a life as possible. And I think I’m a part of that camp. I still try to be a part of everything and do all those things,” says Robinson. 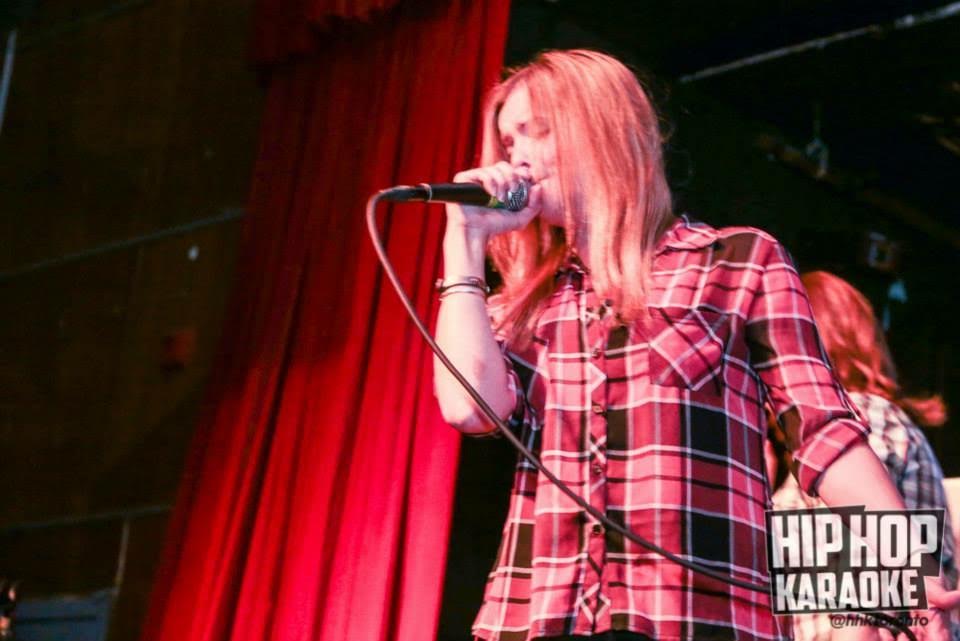 She has noticed the disease manifest in her body in different ways, but many of her symptoms were prevalent for years before she had her first MRI. “I had incontinence issues with both bowel and bladder for about four years. So, I went to my family doctor and they started testing me, but couldn’t really find anything unusual. In the colonoscopy and everything, they said that it just looked like I had IBS and they put me on anti-anxiety pills,” said Robinson. “But I still thought something was wrong, yet that was the end of the road.”

As her symptoms persisted, so did she.

“I went to another GP, who found the whole thing unusual. At the same time, I started developing something that I now know is optic neuritis, a standard symptom of MS,” says Robinson. “I started with sort of a headache behind my left eye and nothing would help it. My eye became blurry for a couple of days. I told the doctor this and she suggested an MRI.”

The quickest way to do that was to go to emergency. “The doctor came over and tested my reflexes and I pretty much kicked her in the face. One of the symptoms of a neurological disease is spasticity so your reflexes will spring,” says Robinson. The doctor alluded toward a neurological disorder.

To Robinson, all her symptoms made sense. She continued to take matters into her own hands, going home and doing as much research as she possibly could. She checked all the boxes as a prime candidate for MS. 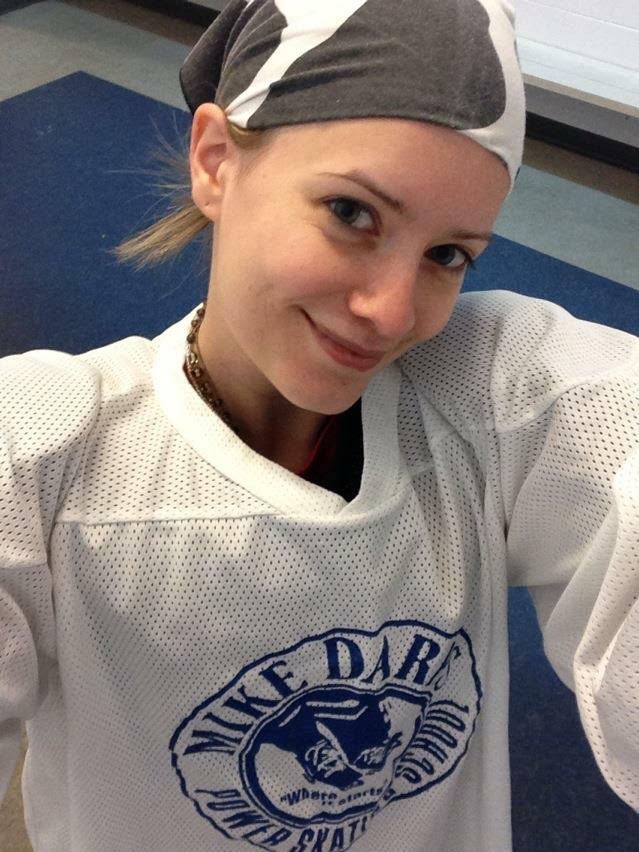 “Canada is a leader in MS. It also disproportionately affects people from southeastern Canada and the northeastern US. It tends to affect women aged 20-40. If you’ve had mono, it seems to be connected,” said Robinson. “I just needed confirmation.”

With MS, you have to rule everything else out first. Robinson consulted neurologists and underwent a series of blood tests, a brain and spinal MRI, a bladder test, a neuro pathway test, and a spinal test. She failed every one.

Instead of crippling with the news, Robinson adopted an positive and inspirational outlook that she hasn’t lost sight of.

“At first I was thinking that things could be worse. I could have cancer or Lou Gehrig’s disease,” said Robinson. “My first hope was that I had relapsing-remitting MS, the least evil of the disease. You’ll go through a short bout where your symptoms are really bad, then you basically go into remission for months or years and can be controlled by medication.

This is opposed to the secondary-progressive, when your symptoms start to stick after a while, or primary-progressive, where there’s no remission and things get worse. As of now, Robinson isn’t sure which category she falls in. “It looks a lot like primary, but I have had some remission,” says Robinson. “For example, the optic neuritis went away.” Once she received the diagnosis, Robinson immediately went looking for clinical trials. “I asked myself, ‘ok, how do I fix this?’ and researched every option.

In the midst of all of this, it’s safe to say that last summer was the most challenging of her life.

First, her contractor disappeared in the middle of major renovations on her house, leaving she and her fiancé without windows or a working bathtub. Then, she lost her balance (a by-product of MS) and fell off the steps going to get groceries from the car and broke her collar bone. That resulted in a major surgery, complete with a metal plate. When she tore a ligament, they had to take the plate out, and three surgeries followed. As if that wasn’t enough, she lost her grandmother in August.

But Robinson made it through and maintains as normal a lifestyle as possible. She remains at her job at Mindshare, an organization she says has been “amazing” in accommodating her illness. 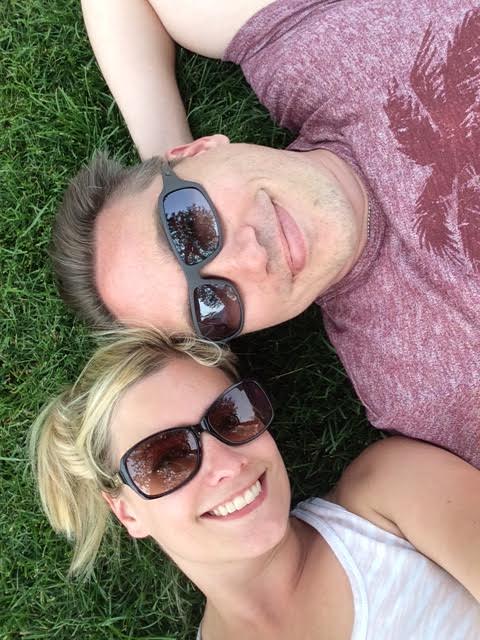 “It’s about getting over the embarrassment. Symptoms like the incontinence and having trouble walking are pretty standard things in your life that most people take for granted,” she says. “Losing that has been a huge eye-opener for me but it’s nothing I can help, so I just have to live with it. I think I am unapologetic about it now. I am not afraid to tell people at work that I need to run to the washroom, or that I’m having a bad day with my walking. I think that gets me through.”

She also gets through with the support of her friends, family and new husband. “I can’t get out like I used to or go to the clubs, so my girlfriends will come to my house and we will have wine and cheese parties. It’s a bit of a change for everybody,” says Robinson.

For Robinson, it’s all about adapting. For example, her diagnosis has inspired a new career layer with teaching. She was recently a guest speaker at Humber College, where she did her post-grad, and is the co-chair of IABC’s social committee, a role that allowed her to teach their social media marketing full-day course. Robinson is also on Group M in the America’s advisory board.

As for the fate of her disease, she remains proactive and hopeful.

“In July I am being assessed for the stem cell trials in Ottawa,” says Robinson. “What they do is extract your stem cells from your bone marrow and put you through intense chemo for ten days, then they wipe out your immune system and re-inject you with all the healthy stem cells to reboot it. This has turned out to be really beneficial to people – they are not experiencing any MS signs and have no lesions in their MRI. People who were wheel chair-bound are now walking. I’m really hoping I can get in.”

Robinson credits her MS diagnosis for a greater sense of empathy.

“I have more empathy now for people with disabilities or challenges,” says Robinson. That’s why she’s quick to tap the shoulder of an able-bodied person in the handicapped seats on the TTC, something she says happens all the time.

Does she have moments of anger? Of course.”Somedays, I have moments of ‘why me?, I’m a good person’,” says Robinson. “But when I have those moments,  I reflect upon all the amazing experiences I’ve had and am thankful that I did them when I did them.There’s hope out there. You have to keep living life and can’t fall into that rabbit hole of self pity. People will understand and those who don’t, well, I don’t even care.” 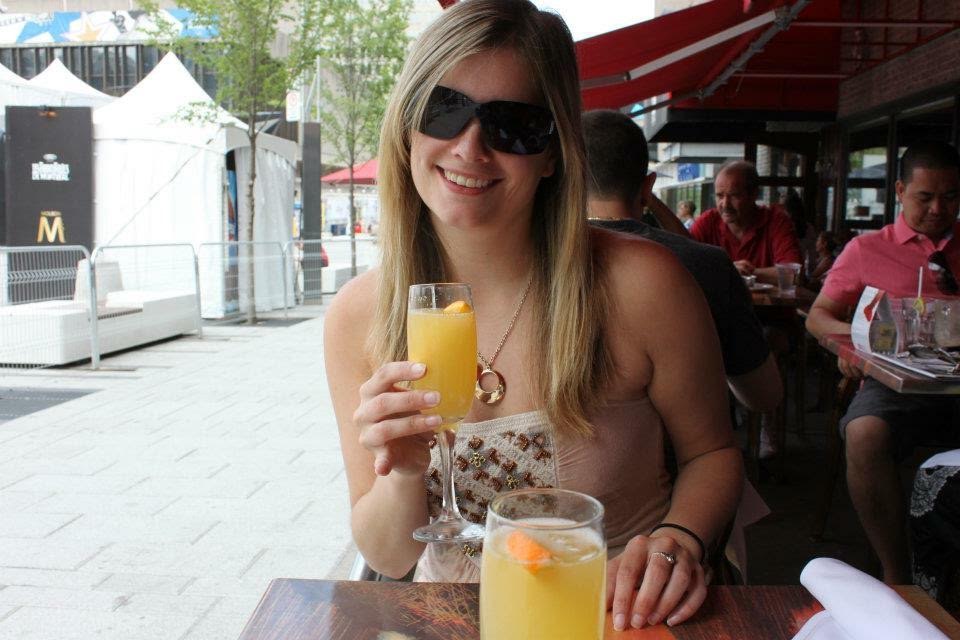