This is one of the more awkward interviews I’ve seen.

Jonah Hill and his sex appeal (or, lack thereof) were the butt of a brutal joke from French TV host Ornella Fleury.

The actor was appearing on Grand Journal to promote his new film, War Dogs, on Friday (September 9) when the easy-on-the-eyes host began flat-out roasting him and his apparent lack of sex appeal in front of a loud audience. 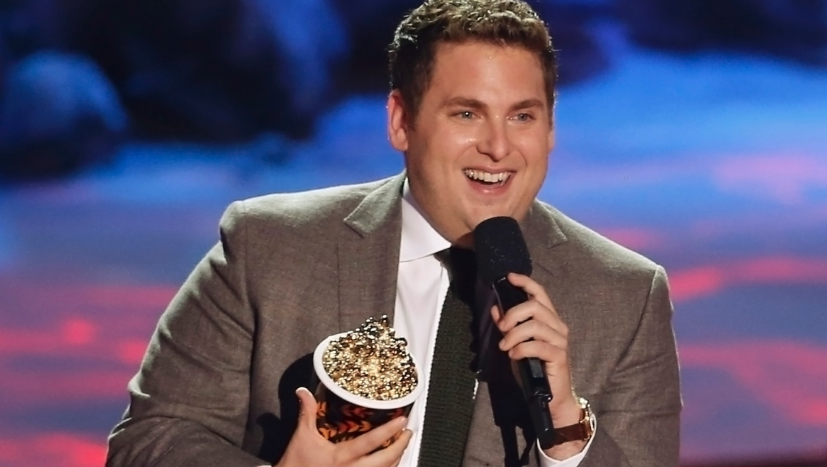 “It’s when I saw you get sodomized by a 3-meter-tall demon in This Is the End that I told myself, ‘Now that’s the man of my dreams!'” she said.

Naturally, that didn’t go down well with Hill. He quipped: “And you? I hear you get sodomized pretty often.”

Fleury wasn’t fazed by his comment, and continued: “Anyway, that’s why I have a sexual fantasy with you, Jonah.”

To this, the audience began to laugh.

“All I said is ‘sexual fantasy,’ and you guys laugh. Guess I don’t need to finish the joke,” said Fleury.

But she did indeed finish – and that’s when things got ugly and awkward.

“My sexual fantasy would be that we’d meet up in a hotel room at night. We would chat, you’d make me laugh; you’d make me laugh a lot,” she said. “And then all of a sudden, you’d bring your friends Leonardo DiCaprio and Brad Pitt and then you’d go away.”

Hill’s unimpressed/bored look said it all, as he offered an unenthused thumbs up. 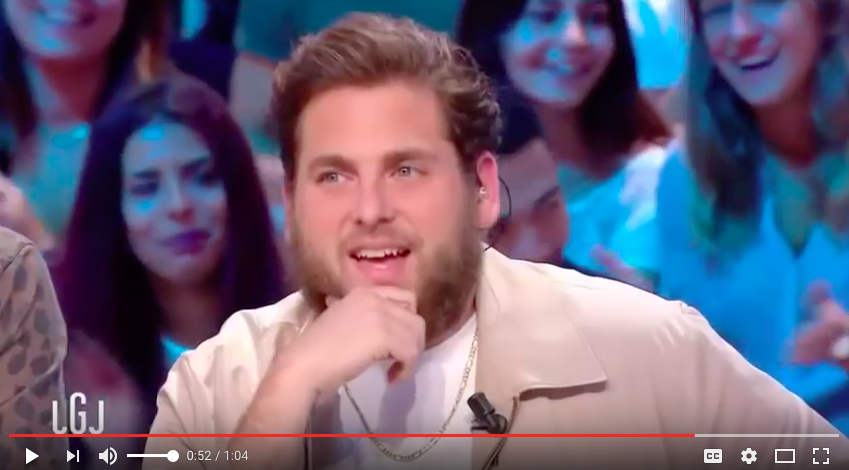 “I’m glad I came to this show to get ridiculed by a local weather girl — it’s nice,” he said dryly.

The experience was enough to turn him off all French media for the remainder of his trip – numerous outlets reported that he cancelled all of his French press for the upcoming movie.

Fleury has since apologized for her joke in a self-deprecating on-camera statement on Monday, September 14.

“Jonah, the problem is that for 10 years I have lived with you through your films. In fact, Jonah, I really had the impression that I knew you, so last Friday I thought I was just messing around with a friend, but the reality is that we are not friends.”

“No, the reality is that you have two Oscar nominations and I have two videos on my YouTube account. You have made films with Scorsese and Tarantino and me, I have made an advert for Spontex,” a company that specializes in making cleaning products. 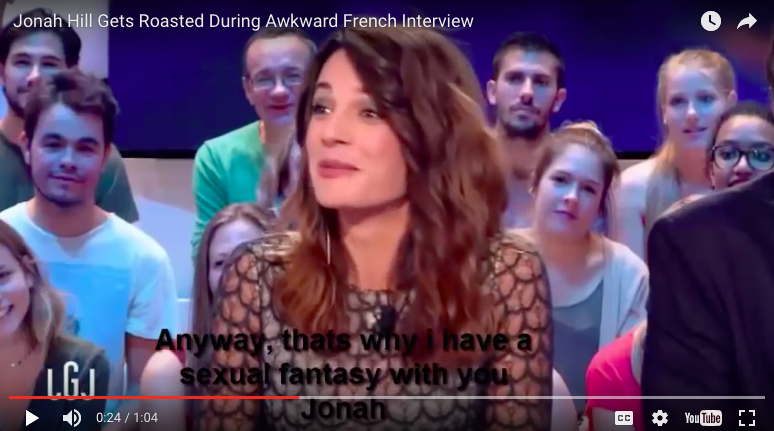 Whether the social media jury decides to forgive her remains to be seen.

But can you imagine what would have happened had the gender roles been reversed?

The world would have had a much different reaction. If a super attractive male host roasted a famous female for her lack of sex appeal (replace Leo and Brad with Gisele and Angelina), the internet would have gone wild.

The host would likely have been pulled off the air and it wouldn’t take too long for a social media hashtag to surface in support of the victimized star.

It’s reasons like this that there really needs to be more traction on including men in the growing body positivity movement. I get that it was a joke, but it’s the acceptance of things like this that invites slippery slopes when it comes to gender equality.

The thing is, if we demand gender equality, it really needs to go both ways – and this includes body shaming.

You may recall Wentworth Miller’s powerful Facebook post earlier this year about how being shamed for being out of shape in an internet meme really made him feel (spoiler: not amazing).

While it’s safe to say that Jonah Hill probably isn’t losing sleep over the incident, the whole thing can’t be ignored, in my opinion.