Staying in hotels is one of the most fun aspects of travelling.

While it can be rather taxing to live out of a suitcase, it can also be rather refreshing to live it up in a hotel room.

Mini-bars, room service, constant cleanliness, top-notch toiletries, oceans of pillows, marshmallow mattresses and magically replenishing towels. And last, but certainly not least, the….wait, what was the last one? Hm. I could have sworn…I feel like, maybe…OH RIGHT.

Actually, not just the sex; the better sex.

HotelTonight, a last-minute hotel deals booking engine, just released the results of their global survey that explores how hotels help between the sheets, and boy are some of the results steamy. 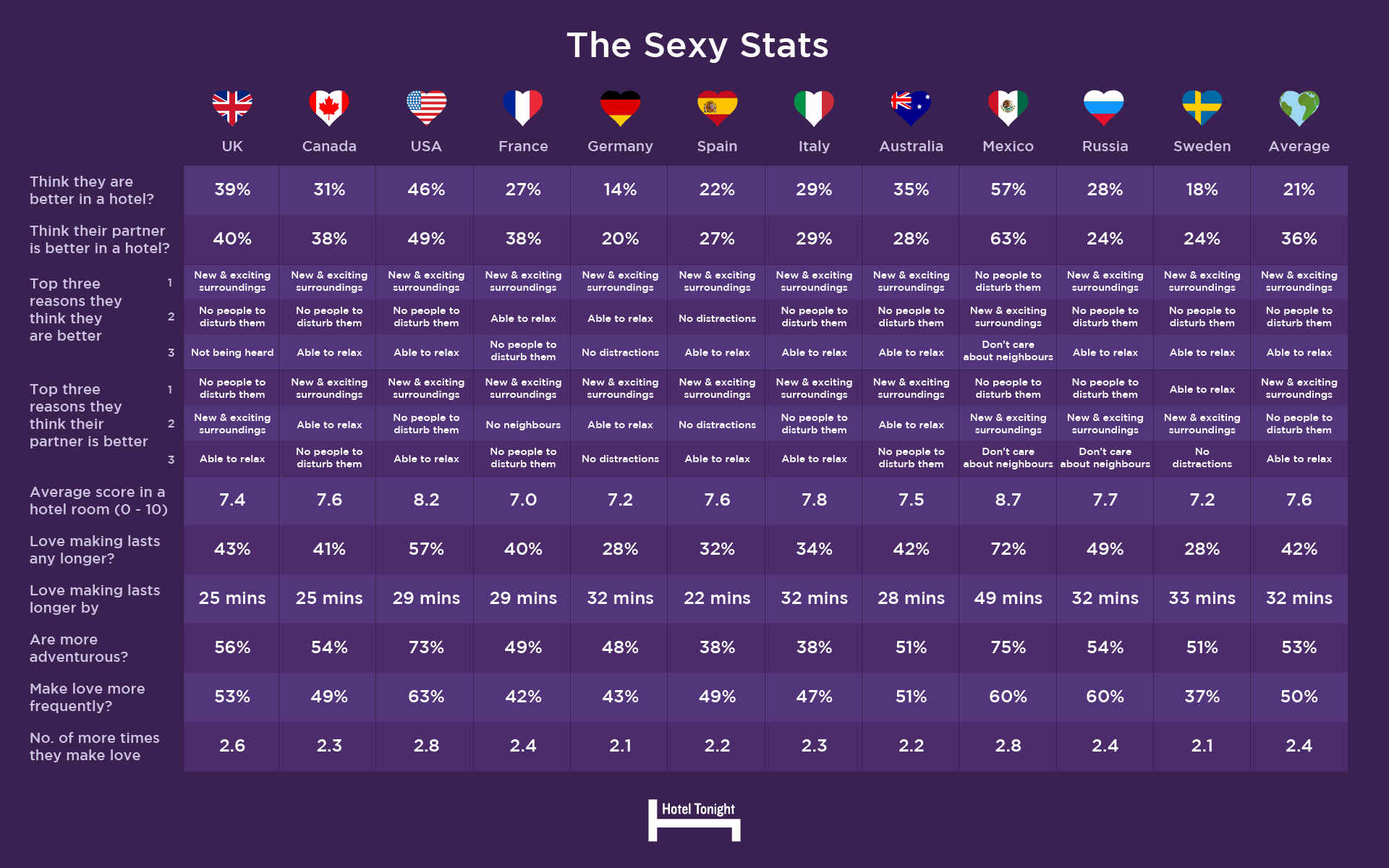 For instance, almost 54% of Canadians feel more sexually adventurous in a hotel room. Probably because nobody cares if they break someone else’s lamp.

1 in 3 Canadians even believe that sex with (presumably) their partner gets better when it happens in a hotel. 30% of those Canadians think it’s because the hotel room inspires an improvement in their own performance, while 37% of them think it’s because it inspires a better performance from their partner, because obviously, it’s never your fault when it sucks, right?

With the survey including feedback from travelers in 11 different countries, here were some other interesting findings:

Self-evaluation aside, had performances been professionally monitored and objectively scored, Canadians obviously would have hit double digits. The don’t call us The Kinky Canucks for nothing. (Nobody calls us that, do they?)

So basically, if you’re looking to spice up your sex life, either find an excuse to take a few extra trips or get the people from La Quinta to design your bedroom.

It seem hockey and lacrosse aren’t our only national pastimes…