Over the weekend, Guatemala elected a comedian with no political experience or discernible platform as the country’s president.

Jimmy Morales, who’s had a Wikipedia page since September 7, won with almost 70 per cent of the vote after polling at less than 1 per cent just six months ago.

Morales’ popularity soared after he adopted “Not Corrupt, Not a Thief” as his campaign slogan to appeal to a frustrated population that’s become largely disenfranchised with Guatemala’s corrupt political dealings.

It was a wise move, indeed: vice president Roxana Baldetti and outgoing president Otto Pérez Molina both resigned from their positions in May and September, respectively, in light of various corruption charges.

“I have been asked if we have the capacity to govern, and we have been emphatic in saying that, alone, no,” said Morals, last name ‘option’, first name ‘least worst’, with refreshing honesty. “But with the blessing of God, and the support of the people, we are sure that yes, we can. Because Guatemala has made a choice that it wants a change.” 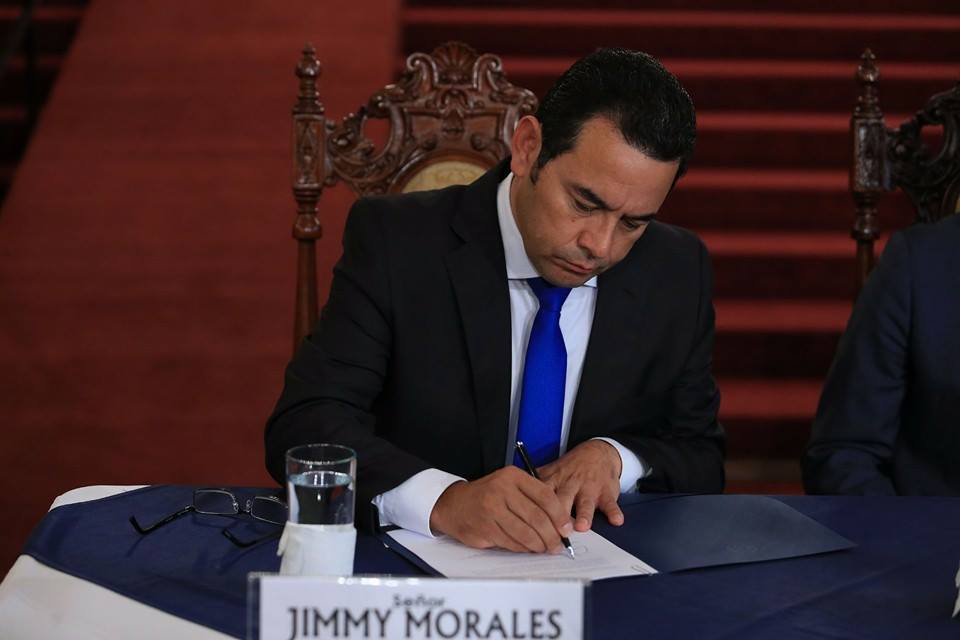 Chalking your ability to govern up to the grace of the Lord is nothing new, but Morales might actually need a miracle to govern the country with even minimal effectiveness. His party holds just 11 of 158 seats in Congress, which is ripe with the potential to block essentially everything he proposes and is occupied by many individuals on the perimeter of his campaign slogan.

His team, meanwhile, consists of a few political ringers who’ve been just kind of muddling about over the past five decades. According to the head of Transparency International Guatemala, Manfredo Marroquín: