At this point, we should just sit back and accept that Google can do anything.

From casually creating a flight booking system better than any travel website on the net, to designing cars that literally drive themselves better than any human ever could – it seems that if Google decides it wants to do something, it does it, and it does the hell out of it.

This time, Google has done something by accident, and they’ve done it better than everyone else trying to do it on purpose. 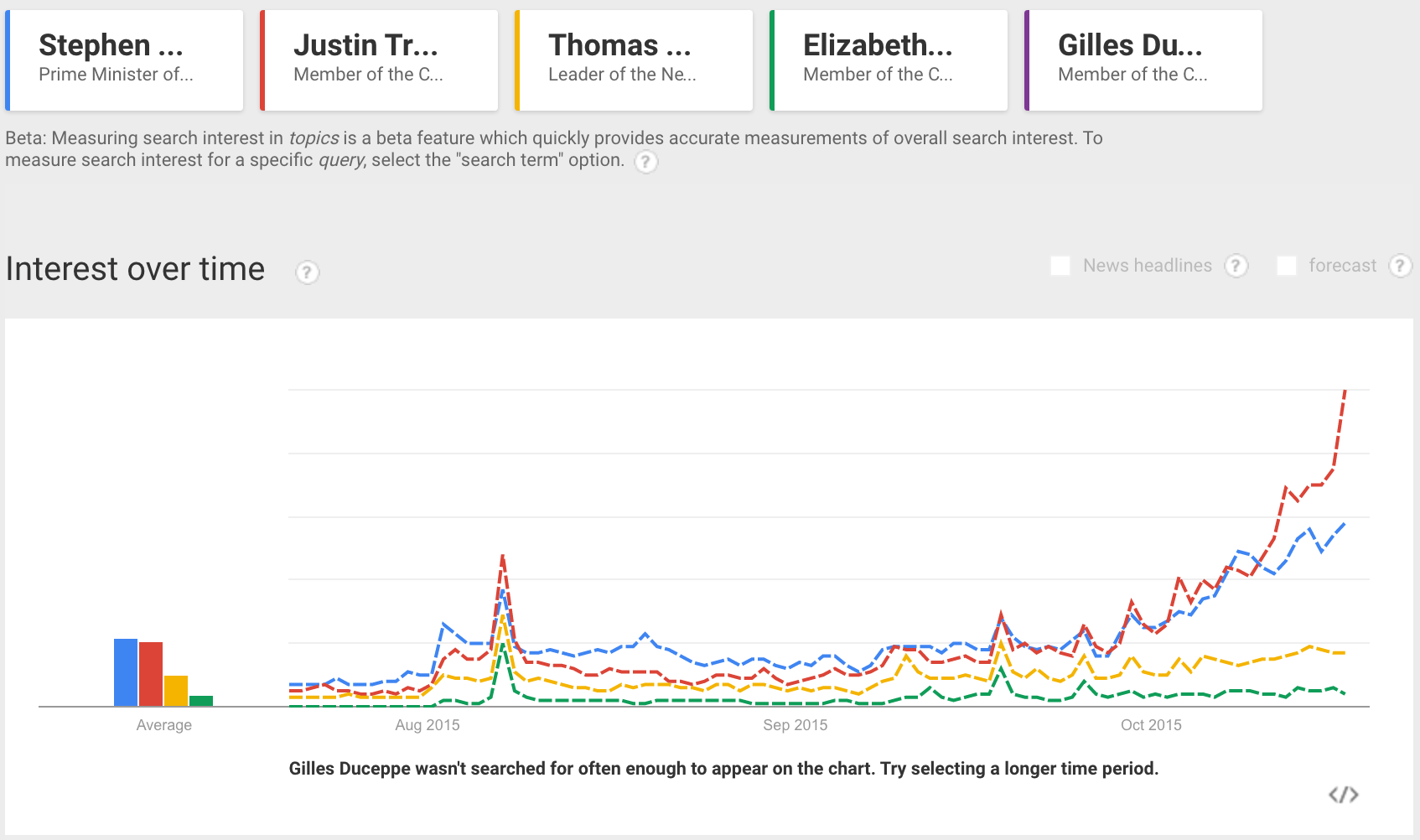 Using the breakdown of % of searches, and assuming that % matches up with the % of seats the candidates will win, you get a fairly accurate prediction of the election in Canada. More accurate in fact, than any of the polls leading into the election in the first place.

It makes sense, as tracking the internet behaviour of basically every single search engine user (sorry Bing users, no one’s counting you), should probably give a more accurate result than calling people with landlines and asking people on the street what they think.

So next election, don’t listen to the polls, listen to our soon to be future-predicting glorious robot overlords, Google.