It takes a lot to impress Google.

Earlier this year, the tech giant scrapped plans for its new London, U.K. headquarters – complete with rooftop pool, indoor football pitch and climbing wall – because the design was ‘too boring‘.

Google wanted a building that could stand 100 years, with an exterior as impressive as what went on inside, and that could mesh well with its surrounding community as an open public space. Essentially, the company needed something that reflected its status as one of the most influential brands on the planet.

The task of delivering on this astronomical expectation has been granted to Thomas Heatherwick (London) and Bjarke Ingels (Denmark), who run two of the world’s most creative, forward-thinking firms.

They’ve been given $1.9 billion to make it happen.

The duo is also behind Google’s stunning Mountain View, California HQ, which is currently under development (pictured). 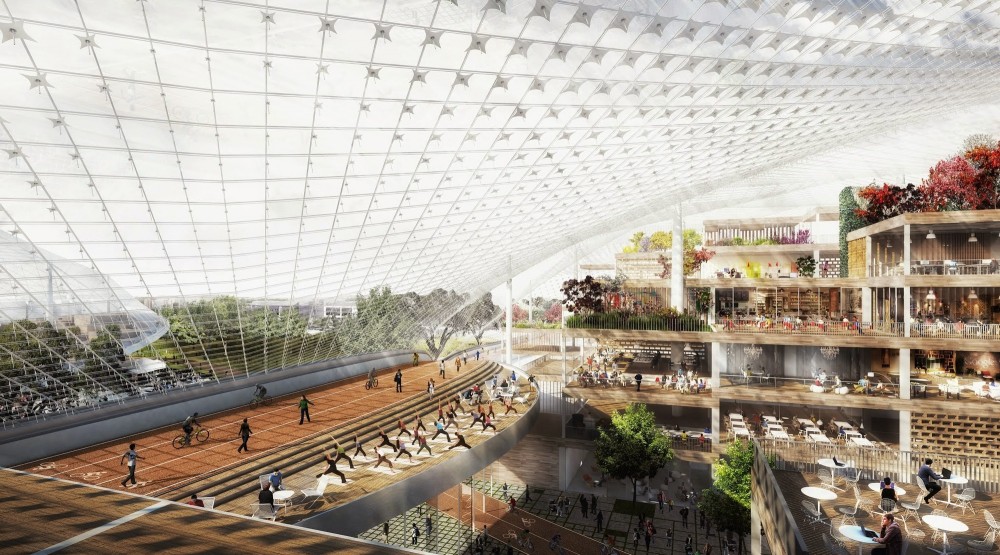 Heatherwick is currently working on plans for a super ambitious “garden bridge” across London’s Thames river. The rendering of this project, combined with the glass canopy style of the architects’ California project, give an idea of what we could expect to see in London.

Details of the design philosophy are truly remarkable: