Tessa Virtue is a 3-time world champion, Olympic gold medalist, and officially, one of the most decorated Olympic figure skaters of all-time: a title she shares with her skating partner, Scott Moir.

After securing gold medals in both the 2010 Olympic games in Vancouver and the 2018 Olympic games in Pyeongchang, Tessa and Scott were praised on a global stage for their athletic ability, the precision of their manoeuvers, their ability to perform routines with emotion, conviction and an energy that was undeniable to both viewers and esteemed judges. Now that the literal and figurative spotlight is off, Tessa finds herself in uncharted territory: matching up to her peers both academically and experience wise when it comes to the workforce. We caught up with Tessa at the Budweiser Stage with Air Miles Stage Pass to talk about her relationship with skating, and showbusiness beyond the rink. 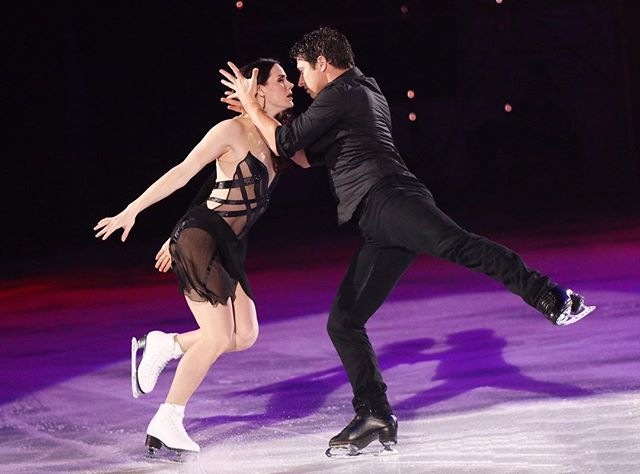 When asked about her relationship with skating now, Tessa admits she’s struggling with the sport she’s dedicated so much of her life to. “I have to redefine what success means and redefine what skating means in my life. Touring across Canada this fall will be a great chance to do that. I hope to get enjoyment out of the actual act of the sport instead of, you know, pushing my body to its limits in the same way. I think getting out of that perfectionist mindset is really challenging. I’m not quite there yet, but I’m working towards it.” Virtue said.

“I’m used to the benchmark of being the best or striving for that. I know what it feels like to be my best on the ice, and with performing it’s different because we’re not trying to appease judges. We’re not aiming for a particular score. We’re trying to entertain. And so on one hand, it’s really fun to have carte blanche and create things that are satisfying to us as artists. But there is an element that I miss – the competition. That fire, the intensity – I really am missing that in my life.”

While Tessa’s competitive days might be over for now, she still looks forward to performing for fans on the upcoming Rock the Rink tour, where she and Scott will be joined by athletes from around the world like Elvis Stojko, Patrick Chan and Carolina Kostner as well as Canadian indie-pop band, Birds of Bellwoods. “We love the live music element of the show. Any way that we can flip the script and do something unexpected – we’re going to try and do. These shows need to be memorable evenings, a little escape for people. We don’t want that formulaic, typical skating vibe.” 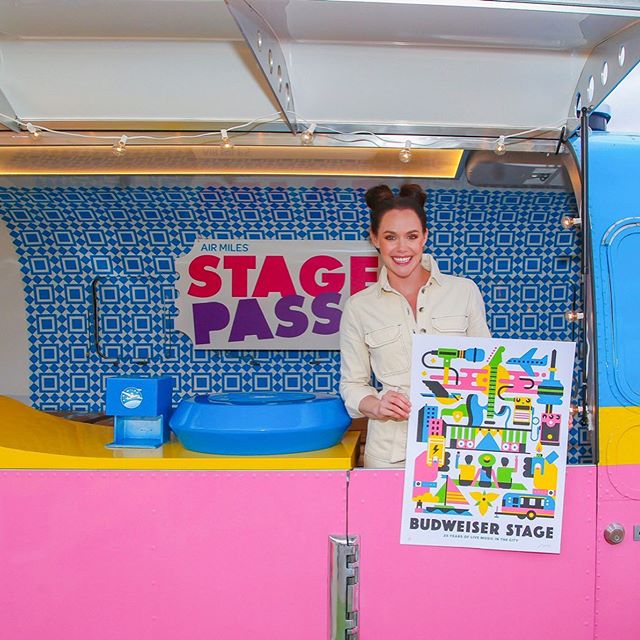 Tessa’s love for music extends well beyond the rink, as she often supports homegrown Canadian talent. Most famously, she got Canadian rock-band Arkells flown into Pyeongchang in for the 2018 Olympics, all with one little tweet to Air Canada. She laughs it off, but admits, “It was a great story. I’m so proud of the airline for jumping on that because it was a surreal moment to be in the Canada Olympic house and have Arkells just rocking out. All of the athletes were so excited because their songs became an anthem for all of us. I’m a big fan of theirs. I can’t wait to see their concert here at Bud Stage this summer.”

Outside the rink, Tessa looks forward to challenging herself in business, creating brand partnerships that make sense for her and her growing audience. Having partnered with companies like Air Miles Stage Pass, Nivea, Barbie, Mac Cosmetics, and more, CEO could be the title she conquers next. “I’ve had almost 10 years of working with global companies, treating my skating life as if it were a business. I find I get a greater thrill negotiating a contract than I do with anything else – even performing. It’s a new chapter for me. I’m so grateful that I get to work with the partners from the ground up because I can learn about their corporate structure and how they’re implementing things in the market, so I fully understand the brand and the project. I’m not just putting my name on something. I imagine [my future] would involve something entrepreneurial just because I’m used to being my own boss, I like that freedom.”