Remember back in the mid-1990s when it was made legal for women to go topless in Ontario?

Well, two decades later, some people seem to have forgotten that – though it may be distracting to some – walking around in public with ‘the girls’ out is a total legal right.

A recent case of three Ontario sisters has brought the whole issue to light. The sisters are filing a complaint against their local police force, alleging that an officer stopped them during an evening bike ride because they were topless.

After three hours of biking in the Kitchener-Waterloo area in last Friday’s 26C heat, Tameera, Nadia, and Alysha Mohamed decided to exercise their right to bare their breasts and shed their shirts and sports bras. The sisters didn’t get very far through the residential streets before they were stopped by a police officer who told them to put their shirts back on and that they were legally required to do so. The sisters refused.

The incident and other similar recent incidents – including a Kelowna woman who was told to put her top back on by an officer while sunbathing – has added fuel to the growing conversation about the clash between the pursuit of equal rights and expectations of social decency. The bottom line is that women are being policed and being shamed for going topless. 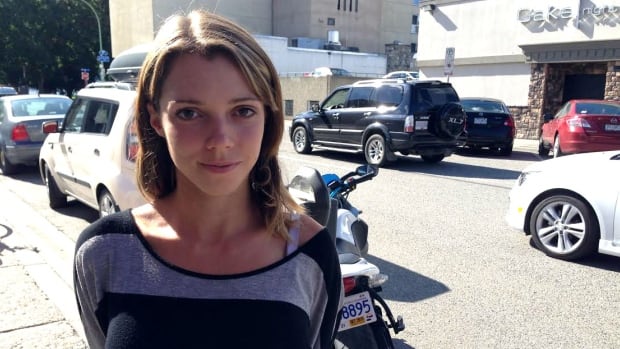 In case you haven’t heard (aka you’re living under a rock), the issue has also sparked widespread social media attention, especially these days when gender issues are front and centre of political and social agendas. The “Free the Nipple” campaign was designed to highlight the double standard that exists between males and females when it comes to going topless.

When it comes to our home and native land, perhaps some police officers should educate themselves on what’s legal and what isn’t.

For the rest of us, it’s about time that we got over the apparent shock value, and historic expectations of what is socially and morally acceptable. A woman’s decision to bare her breasts isn’t an open invitation for gawkers to stare, for the immature set to heckle, or for smart phones to come out to capture the whole thing.

It’s not like we all haven’t seen a pair of boobs before. And if seeing a pair makes you uncomfortable, don’t look.

In the meantime, the Mohamed sisters are planning to file a complaint and are holding a rally to support the desexualizing of women’s bodies on Saturday in Kitchener.

In case we all need a refresher, here it is: women are legally allowed to go topless in public – whether on a bike ride, at the beach, or walking down the street. Period.