There’s never a good reason to be single in the city without a condom.

If you’re looking to get it on, being safe is always the most important part of the dance. No one wants an STI, right?

Well, now you can pick up a bunch for free, care of our great city.

They decided to pursue the idea last year after witnessing similar successful campaigns in both New York City and Los Angeles.

Six unique condom wrappers were designed this year, this time with a focus on the Pan Am Games which take place this July in the city.

“As we welcome thousands of visitors and athletes to the city this summer, we want to encourage healthy and safer sex,” Councillor Joe Mihevc noted during the public launch event. 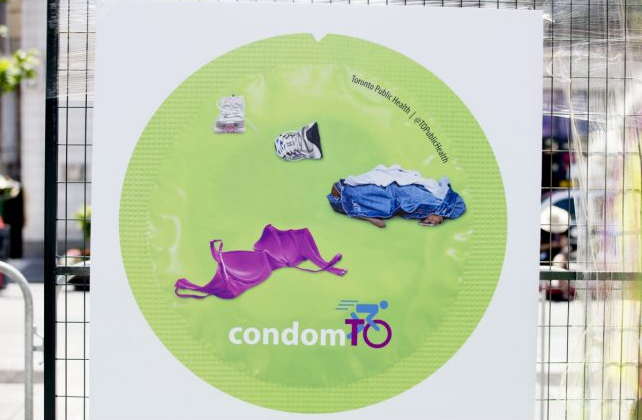 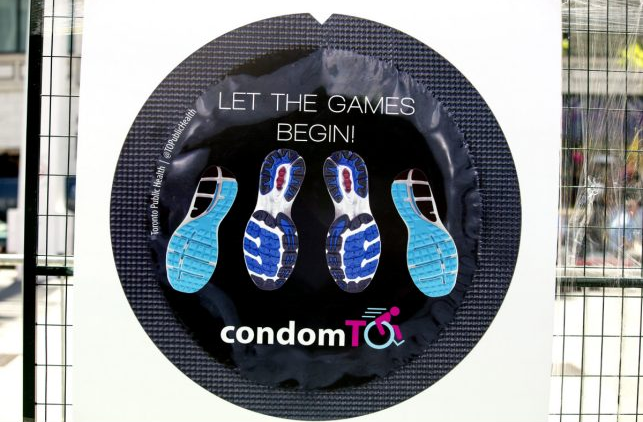 A recent Toronto Public Health survey found that only 60 percent of high school aged students engaging in sex are using condoms – a scary number they are hoping to change with this campaign.

While TPH has been distributing free condoms since 1983, many remain unaware of just how easy it is to access this protection. A campaign like this aims to make the public more aware of how there really is no excuse to be without a barrier the next time you get down with a partner.

Dr. David McKeown, Toronto’s Medical Officer of Health, also spoke at the launch: “Toronto Public Health promotes and celebrates healthy sexuality. We distribute condoms as part of our mandate to reduce sexually transmitted infections and unplanned pregnancies. Our condomTO campaign is an innovative approach to encourage condom use throughout the year and during special events.”

Each new wrapper design comes with its own punny name, including: “Go the distance,” “The sex is in the details,” “Hold on tight,” “On your mark, get set,” “It’s how you move it,” and “What’s your starting position?”

Get your free Toronto branded condoms at these locations while supplies last.