We’re all culture vultures at heart. It’s just that sometimes life can really get in the way of taking it all in.

If we’re not at our desks, we’re shoulder to shoulder with other TTC commuters on our way to the office – and normally we’re lucky if we get to see more than the armpit of our fellow passengers.

So what if we could bring art to our daily commute, like they have in France?

France knows that we’re all busy, so the state-owned rail service, SNCF, has teamed up with manufacturing company 3M to bring the museum to the people with new series, Art in Transit. 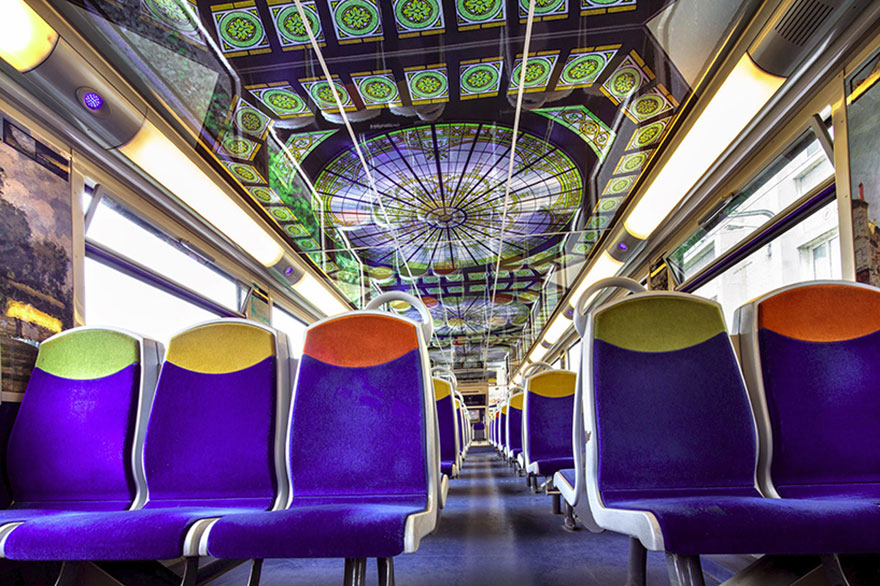 Now instead of looking at posters for travel insurance and clinical trials, French commuters can gaze upon the fountains at the Palace of Versailles or the famous hall of mirrors.

The ceilings and interiors of the trains have been covered with graphic film that contain famous works of art. As well as the Palace, the prints will also include designs from the Musee D’Orsay and the oldest film company in the world, Cinema Gaumont. 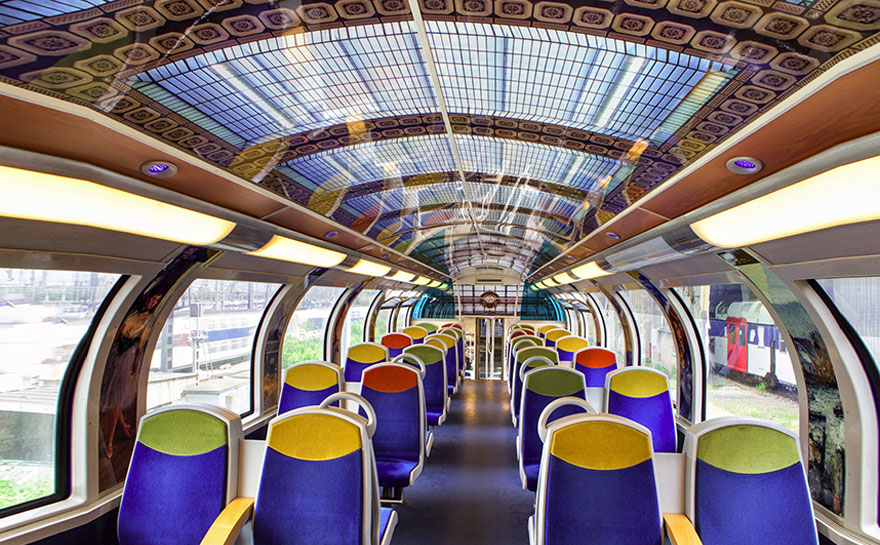 They even come with a description alongside the paintings so you can peruse the artwork and swot up on the impressionists during your morning commute – which certainly beats some of the other subway literature out there. 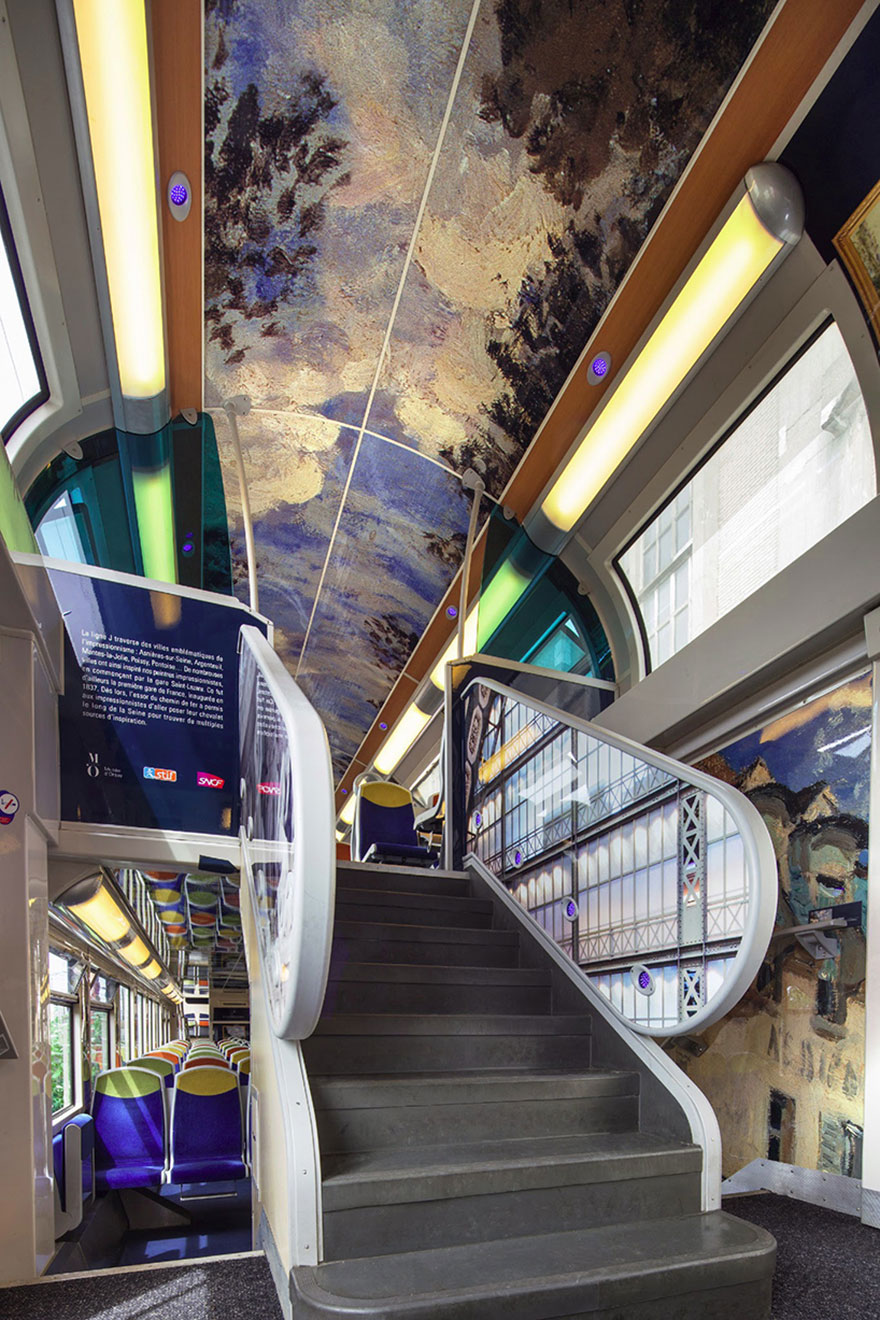 France hopes it can not only amuse and entertain with their temporary train art, but also reduce the amount of graffiti on public transport.

We seriously hope that Toronto considers bringing a slice of culture to the GO Trains. Coupled with headphones and an audio guide, we our morning commutes could be a whole lot more bearable. 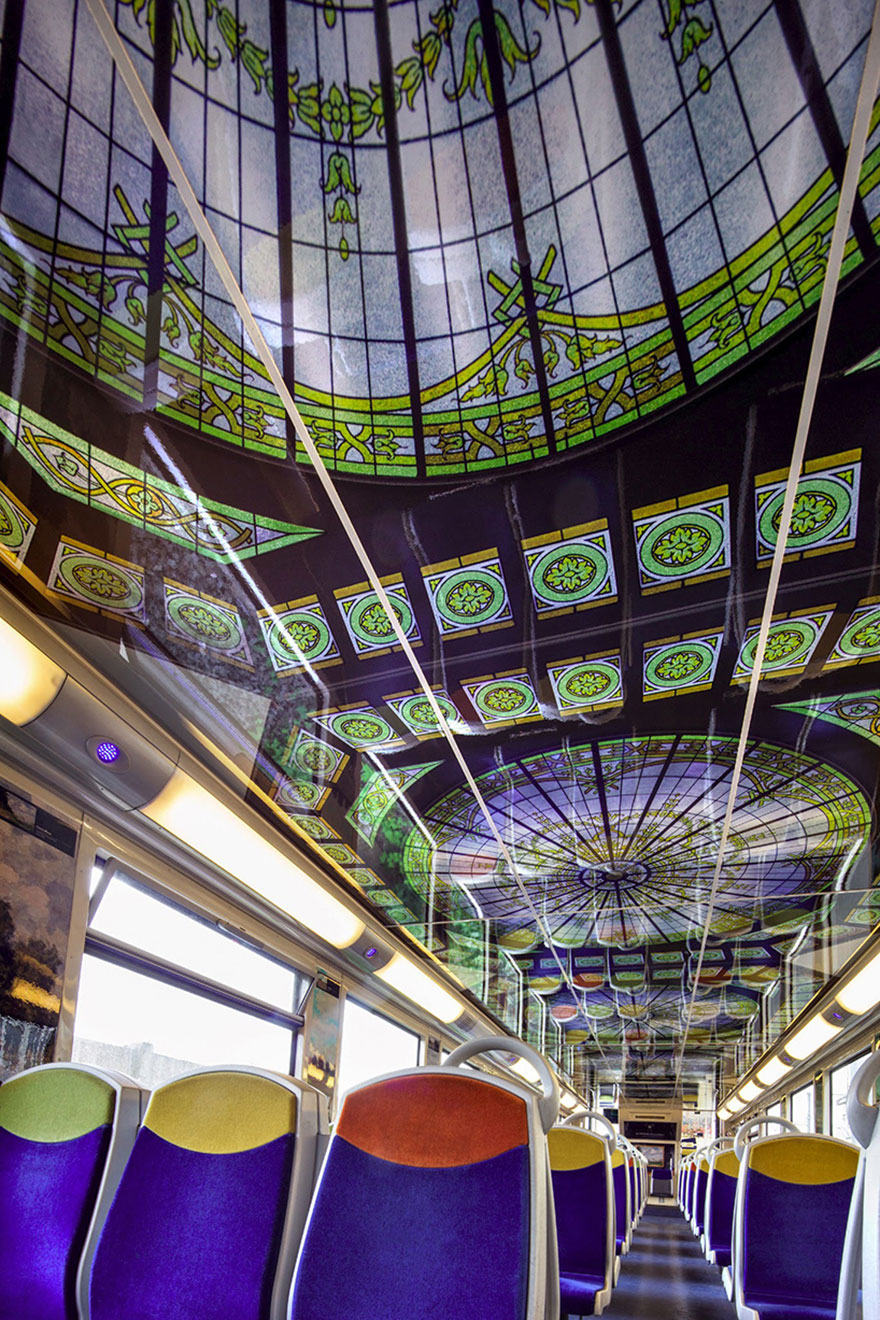 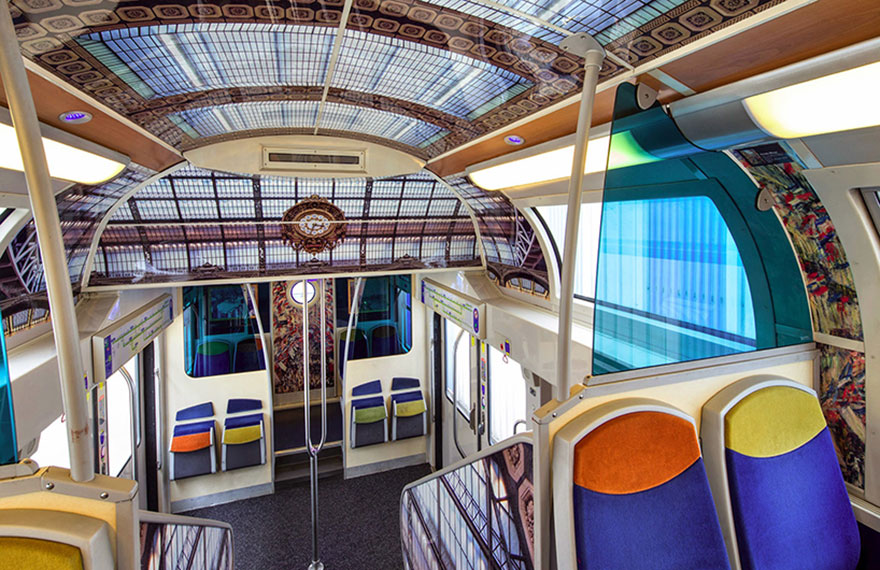 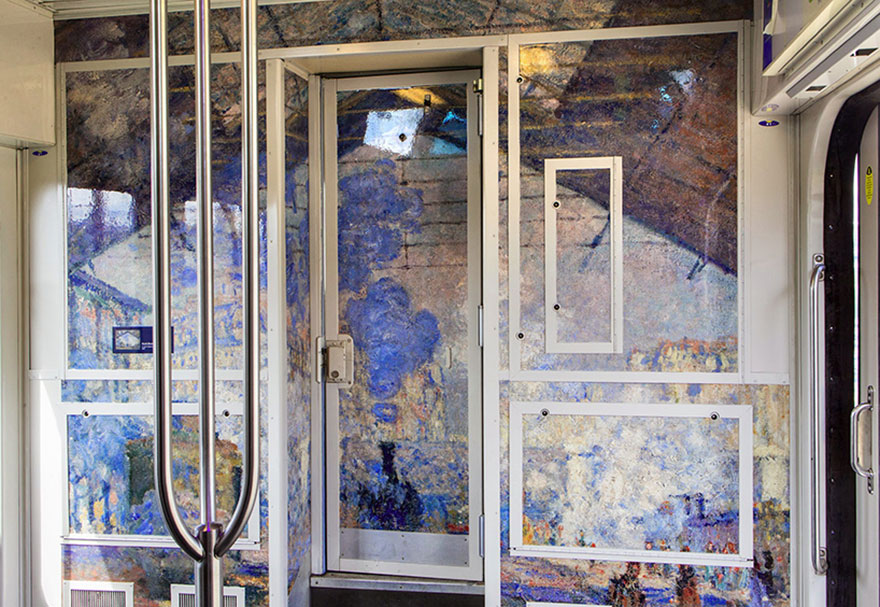 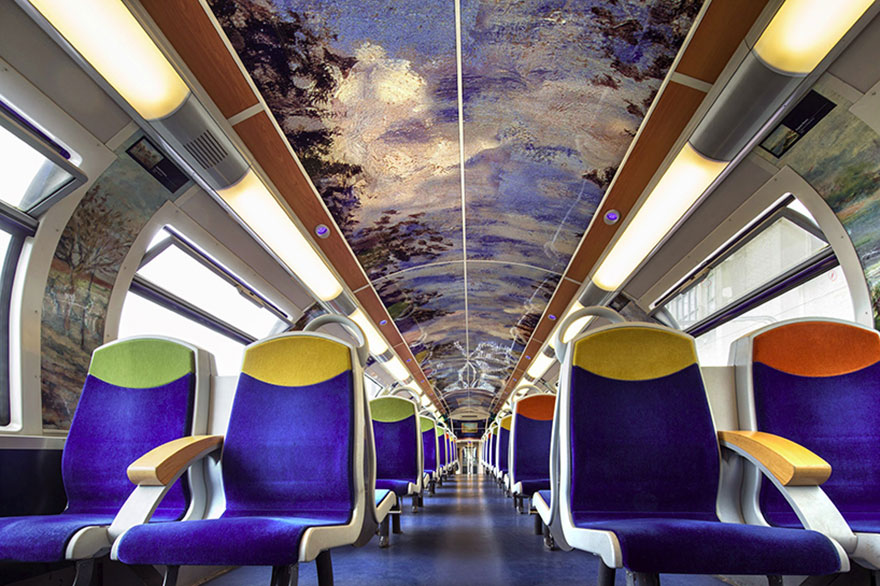 All images from – Bored Panda