Just after 3pm on June 26, 24-year-old single mother Alicia Taylor was walking on the north side of Danforth Avenue, just east of Pape Avenue in Toronto, when a complete stranger began to yell at her, then slashed her twice in the face with a knife, according to police.

Taylor – who was walking home from a much-deserved night out with friends – fell backwards and blacked out, losing a litre of blood in the process. The next thing she recalls is waking up in a hospital bed.

Taylor has a five-month-old baby and is working two jobs to make ends meet. She is employed full-time for Canada Post, and also works as a bartender. Needless to say, things are sometimes a challenge for the young mom, especially in a city as expensive as Toronto.

But, a group of fellow single moms in the neighbourhood are making her life a little easier.

Tiffanie Yarema, a member of the East Toronto Young Mothers Facebook group, learned of Taylor’s story on the news and wanted to help out.

“My heart was breaking for her because I thought, you know, as a single parent … there are probably so many times through her life that she feels that things are not going the way she wants them to and then she’s out trying to have a nice time with her friends and she gets randomly attacked,” she said Monday, according to CBC News.

So, Yarema reached out to the network of 2,400 women she has never met in her Facebook group. 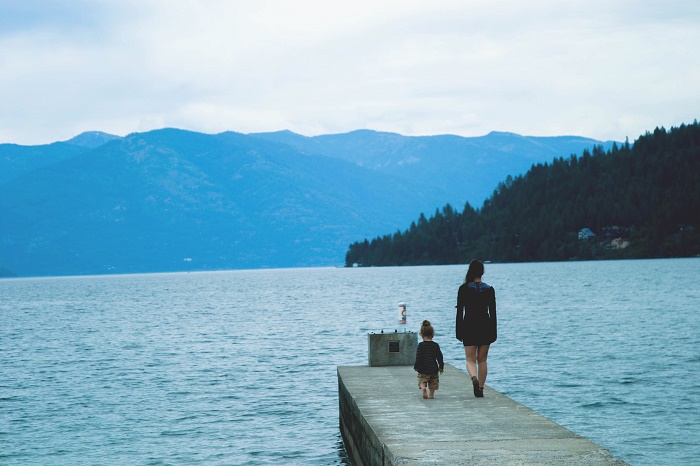 “One woman has quoted it as being our 21st-century village. So I thought I’m going to post something about this. Maybe we could do something nice for her. I thought maybe we could make a basket or take her out for lunch or something like that … and the response was crazy,” said Yarema, according to CBC.

Other single moms began to send in treats, money and cards, totalling about $1000 in value. They all also got to meet Taylor – who is said to be overwhelmed by the support – on Sunday night.

Taylor’s story not only restores my faith in humanity for the day during these trying times globally, it also shows the importance of such support groups for urban single mothers.

“This is what we do, like, on a daily basis. There could be a mom who’s sick and she’s stuck at home and people will be dropping off Gatorade on her porch,” said Yarema.

Unfortunately, many of the females are now united in fear: police still have yet to locate the man responsible for the attack. Police say the man is believed to be black, was last seen wearing a black hooded sweatshirt, and was last seen fleeing westbound on Danforth Avenue, then northbound on Pape Avenue.

While Taylor’s emotional and physical scars may ever fully heal, she at least gained a few new friends in this tragedy.