Ed Sheeran, part-time musician and full-time good samaritan, is sweeping through Western Canada with a band of good deeds.

A few days ago he surprised 13-year-old Canadian Sydney Bourbeau on stage as she played Sheeran’s ‘Thinking Out Loud’ at a musical fundraiser for the Edmonton Humane Society.

A day later, he helped a Saskatoon couple going through a difficult time find joy by helping them to become engaged.

While at a private function with Sheeran, Pablo Benitez shared a story about his girlfriend, Tanya Prochshyn, who is battling brain cancer. Upon hearing the story, the singer promised to sing Prochshyn’s favourite song, “Thinking Out Loud” – someone give that track a Grammy! – at his Saskatoon show.

When Sheeran began performing the song, Benitez bent down on one knee and proposed to Prochshyn as the crowd began to cheer.

“He took the time to put me on his list,” said Benitez. “He took care of it all. I just had to show up and keep to my word, which I did.

Ed’s next chance to be a hero comes tomorrow in Vancouver. 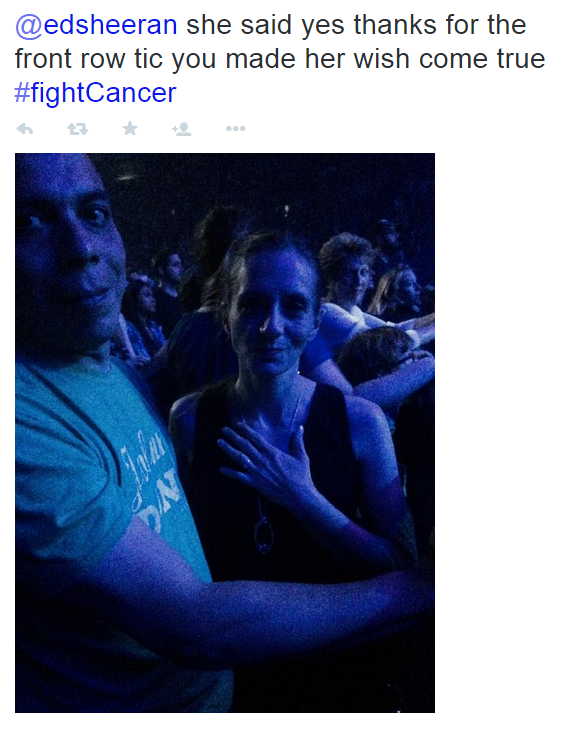